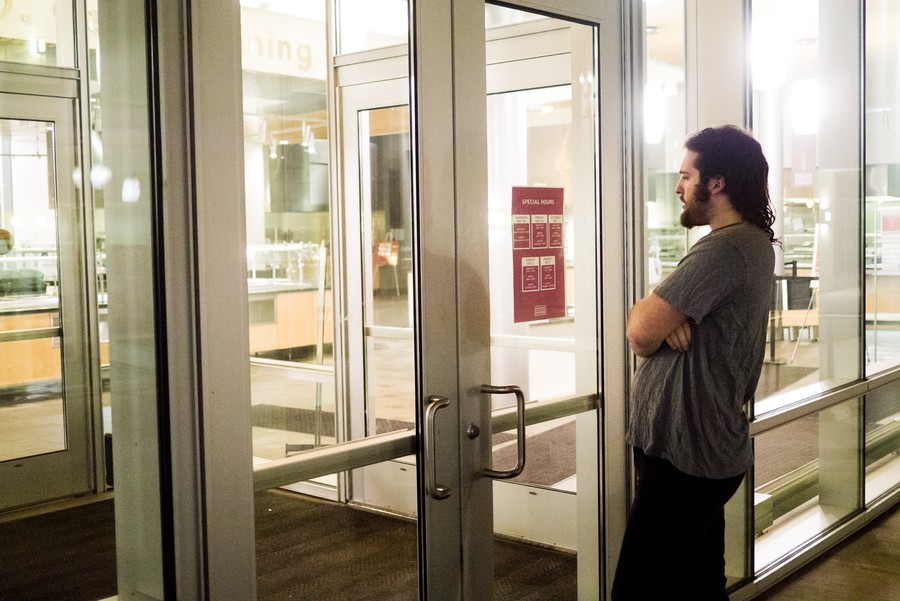 The dining hall was closed at 2 p.m. Thursday in order to address repeated health code violations.

According to the Chicago Department of Public Health Web site, Cathey Dining Commons failed an inspection on November 20 because of “noted evidence of insects and rodents on site. Noted approximately 40-45 live small flies scattered in dishwashing areas, in prep areas, in basement storage areas and in mop sink closet. Also noted approximately 75-100 mice droppings scattered in all prep areas…”

A second inspection was carried out on Thursday, and the Department of Public Health found that the fruit fly problem from the first inspection was not adequately addressed.

According to the Department of Public Health Web site, a food service location must pass a second inspection in order to continue serving food after failing a city health inspection. Cathey Dining Commons did not pass the second inspection.

Although the Department of Public Health would have had the discretion to order the closure of the facility, the agency only required that food not be prepared on site. Rather than keep the facility open during the cleaning required to address the problem, the University elected to close it to take more extensive measures to address the violations, according to University spokesperson Jeremy Manier.

Yesterday evening, at a SG meeting regarding the Student Life Fee, Elly Daugherty, assistant vice president for student life and associate dean of the College, addressed the closing of the dining hall.

“It will be a couple of days. We didn’t have to close it down, but we thought it would be a good idea,” she said.

In an e-mail to affected students, Richard Mason, the executive director of UChicago Dining, said that the dining area was closed in order to allow for more extensive fumigation. The University expects a third inspection will occur sometime next week.

The cause of multiple cases of student illness in the days before Thanksgiving break, at one time suspected to be food poisoning, has been confirmed as a norovirus and is unrelated to the dining halls, according to a FAQ released by UChicago Dining.

Bartlett, Pierce, and Hutchinson Commons will have extended dining hours to accommodate residents as long as Cathey remains closed.

In 2004, Burton-Judson Dining Commons was closed due to health code violations. The dining hall was closed for approximately six days in order to remedy general unsanitary practices, such as broken sneeze guards, mouse feces in the kitchen, and dirty mop water.

During that instance, B-J cooks prepared food in Pierce and sent it over to the dorm. About 500 students had B-J as their home dining hall at the time