Admin. opens up about Student Life Fee at forum 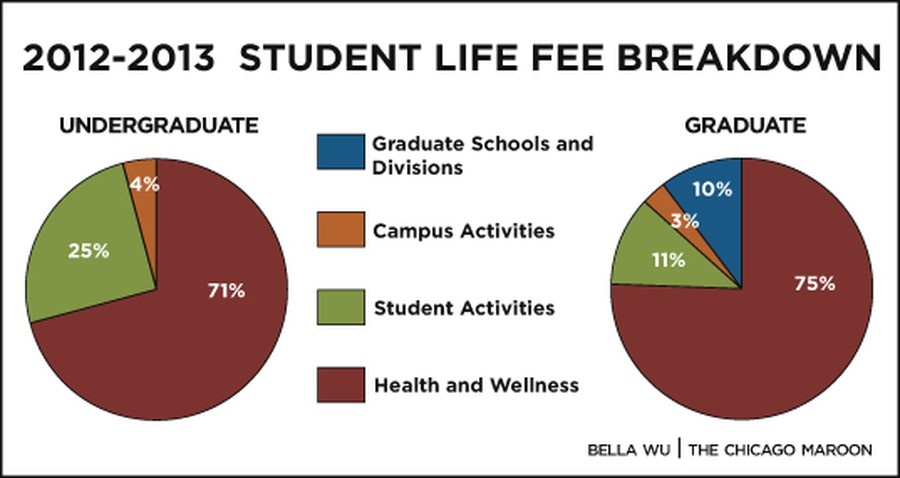 Assistant Vice President for Student Life and Associate Dean of the College Eleanor Daugherty explained that the impetus for the meeting emerged from initial conversations last year with former SG president Youssef Kalad (A.B. ’12), who had expressed concern over a lack of transparency and inquired whether students could have more input in the allocation of the fee.

This year, the Student Life Fee for students in the College is $331 per quarter for fall, winter, and spring, while the fee for graduate students is $310 per quarter.

ORCSA interim director Jen Kennedy stressed the importance of the Central Fund for Student Activities, which is administered by ORCSA, as a vast majority of the fund directly benefits student organizations.

In addition, Kennedy noted that student-run funding bodies, such as the Annual Allocations Committee, the SG Finance Committee, and the Uncommon Fund, are responsible for administering 90 percent of the money contained in the Central Fund.

In the Q & A following the presentation, SG representatives voiced concerns about the availability of care at the SHS.

Assistant Vice President for Student Health and Counseling Services Alex Lickerman said that allowing walk-ins would disrupt the regular appointments. However, he announced that a Saturday clinic is in the works and would likely be implemented later this academic year.

“One of the things that I like a lot is that it’s enormously student-informed. I don’t want to just sit in a room with ORCSA and say, ‘Look, this would be fun.’ I see an opportunity to directly ask student leaders what we should be working on. I appreciate student input because you know it. You are it. 'I serve it.'”