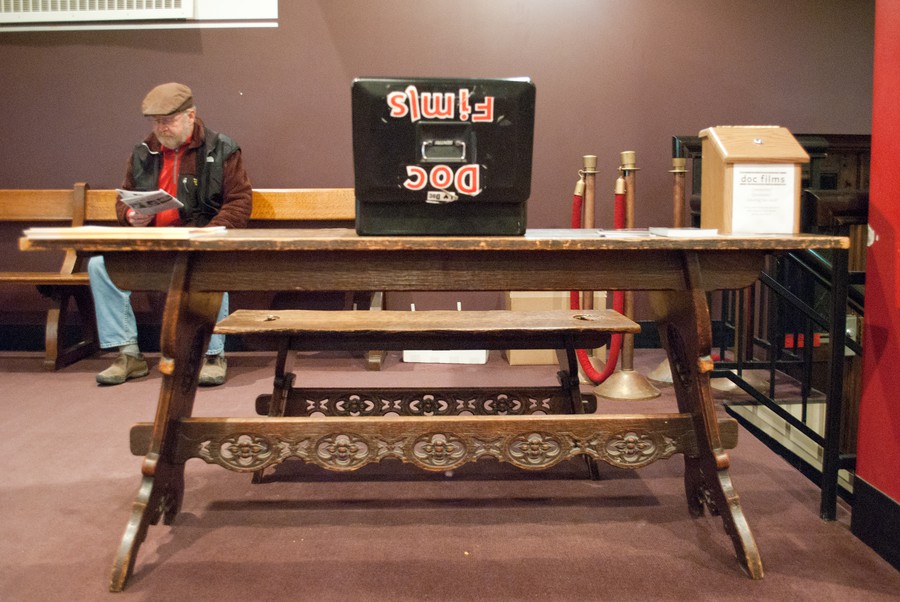 Doc Films filed a police report with the University of Chicago Police Department (UCPD) after discovering petty cash missing from their change lockers in Ida Noyes last Sunday. This is the third such incident at Doc this quarter.

According to UCPD spokesperson Robert Mason, the incident was identified as a theft and took place during Thanksgiving break. Doc Films reported roughly $150 missing on Sunday, November 25 though Doc’s General Chair, fourth-year Michaeljit Sandhu, was “hesitant to ‘officially’ label” the incident as theft as police investigations are still ongoing.

According to Sandhu, the cash went missing from both the “change” and “extra change” lockers. Sandhu estimates that about 40 people know the combination to the “change” locker, which normally holds $75 and is used to provide change for customers buying tickets. Roughly 10 know the combination to the “extra change” locker, which holds $80 in small bills for emergencies as well as $200 kept separately, exclusively for board member usage. The $200 reserved for board members was not stolen.

Although this is the third instance at Doc Films this quarter, Sandhu emphasized that Doc Films has no information to suggest that the three incidents are linked. This past occurrence of missing cash is the first that Doc has reported to UCPD. Sandhu estimates that in total roughly $250 has gone missing.

Doc Films did not report the first two instances in which cash went missing because they anticipate that cash will go missing at some point during the quarter.

“At least once a quarter someone will misplace the change. Since Doc is such a big organization and it’s made up of volunteers, we usually assume that it’s going to happen once a quarter,” Sandhu said in an e-mail. “There’s too many people handling money for it not to happen once.”

However, after the third incident, Doc Films decided to take action and involve the police.

“We just figured that at this point we should start a paper trail and tell the police,” Sandhu said.

While the UCPD investigation is still underway, Doc Films is looking into tightening their security practices to prevent future incidents. One of the group’s new policies requires volunteers to sign into the Ida Noyes office, so that they can track who has access to the lockers. Additionally, they are requesting that the staff at Ida Noyes help monitor the lockers, according to Sadhu.

“We’re in the beginning of a conversation with our adviser and other ORCSA staff about whether it makes sense to store change in an alternate location or to use a different system altogether,” Sandhu said in an e-mail.