Thunderstruck: Maroons wrap up five-game homestand with loss to Wheaton 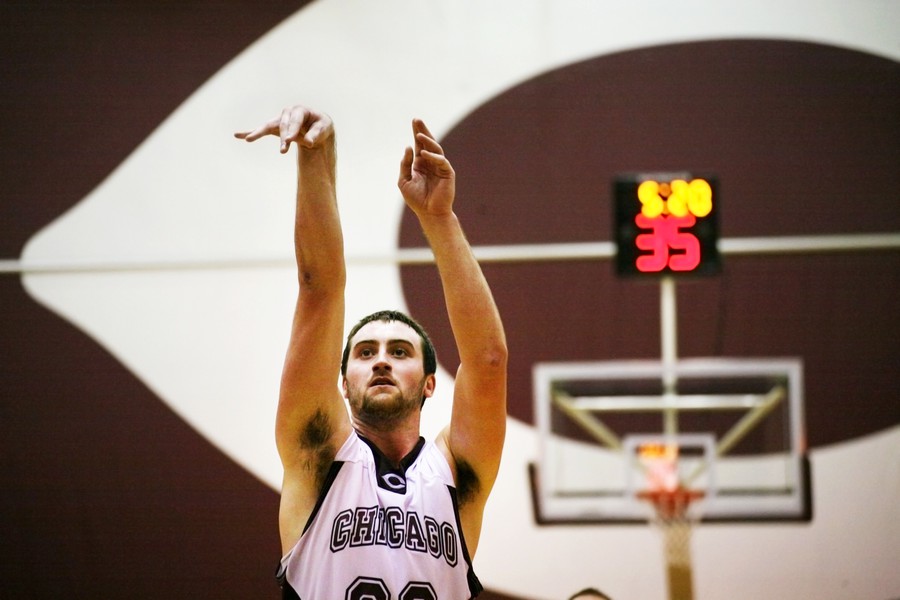 Prior to Wednesday night’s contest against Wheaton, Chicago head coach Mike McGrath said that the Maroons’ success would largely depend on taking care of the basketball.

After losing 64–52, third-year forward Sam Gage agreed with McGrath’s preview. Specifically, he said that after tying the game three times toward the middle of the second half, the Maroons’ offense did not control the ball well enough to win.

“Coach was right,” Gage said. “We had too many times…when our offense bogged-down, became stagnant, and dribbled too much. That led to turnovers and empty possessions for us and really jump-started their run.”

“Wheaton had a good two to three minute stretch in the second half where it executed its offense while at the same time making things difficult for us with its defense,” Gage said. “That ended up really being the difference in the game. They were able to get to another gear as a team, which is why they are so tough.”

The loss puts the Maroons at 3–2 on the season while Wheaton remains undefeated (4–0).

Aside from forcing 13 Chicago turnovers, Wheaton contained the Maroons to just five three-point attempts that were all missed. Gage attributes this to the Vikings’ aggressiveness behind the arc.

“Wheaton likes to pressure the ball and deny the wings,” Gage said.

Second-year guard Alex Pyper, the leading returning Maroon in three-point attempts from last year, scored eight points, all from the field. He shot two times from behind the arc.

“They had a guy glued to my hip almost the entire night,” Pyper said. “They clearly were trying to make sure I didn’t have any space to get a shot, and they did a pretty good job of it.”

Even with the defensive pressure and lack of three-point attempts, Chicago remained in the game until the final minutes in part because of Nate Brooks’ three offensive rebounds and nine points inside.

On the whole, Pyper said that the Maroons played much better against Wheaton than against Augustana, who handed Chicago its first loss of the season on Saturday.

“I would say that we felt a little better after [Wheaton’s] loss simply because we competed better and played much harder, and we came out ready to play at a much higher level,” he said. “But, certainly, we did not feel good after Saturday, and it’s never good when you lose two in a row.”

The Maroons look to end their two-game losing streak at Kalamazoo (2–1) this Saturday. Tip-off is scheduled for 3 p.m. ET.