U of C leads nation in PhD dissertation Fulbright awards

Fulbright-Hays grants fund research in countries where the primary language is one not commonly taught in American schools. 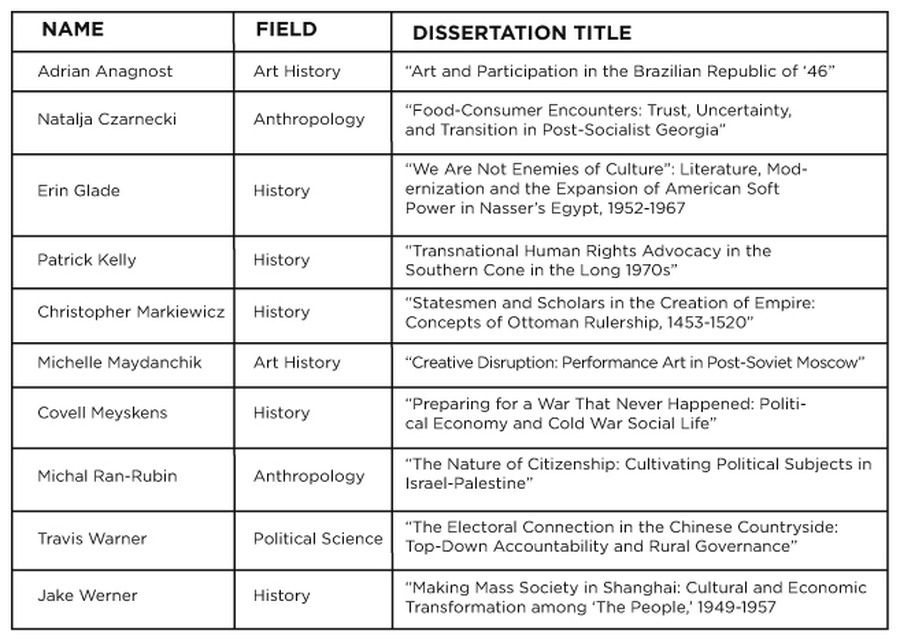 The U.S. Department of Education awarded $448,899 in Fulbright-Hays Doctoral Dissertation Research grants to 10 University graduate students for this academic year.

The Fulbright-Hays grant gives graduate students funding to work on their dissertation in a foreign country where a language not generally taught in standard American curricula is spoken. Nine out of 10 of this year’s winners are advanced or fluent in their language of study.

“Our tradition of interdisciplinarity provides students with very complex platforms from which to begin their fieldwork and to make highly original interventions in their fields,” said Professor Deborah Nelson, deputy provost for Graduate Education.

Applications that focus on the hardships of people in African, Asian, Latin American, and Eastern European countries in social, economic, and political crisis are of particular interest to the Department of Education, according to a University statement announcing the winners earlier this month. Only 84 out of 380 total eligible applicants received fellowships this year.

Fulbright winner and Near Eastern Languages and Cultures student Christopher Markiewicz (A.B. ’04, A.M. ’08) is currently in Istanbul studying the role of statesmen and scholars in the creation of the Ottoman Empire. He attributes the University’s impressive results to its strong graduate departments in regional and social studies.

Over the next 12 months, Markiewicz, who also received his undergraduate degree from the University, plans to explore Istanbul’s manuscript collections for Islamic and Ottoman history, particularly those at the Süleymaniye Library and the Topkapı Palace Archives. “I’m interested in the Ottomans after they conquered Constantinople, and in thinking about what it meant to rule Istanbul with changing notions of rule,” said Markiewicz.

Michelle Maydanchik, another Fulbright winner, is researching performance art in Moscow in the 1990s. She has already spent a year in Moscow and plans to spend nine more months in the city and one in Berlin during her Fulbright.

“I’m studying how artists tried to present their art to the public after the collapse of the Soviet Union. It was very violent and very spectacular,” she said.

Both Markiewicz and Maydanchik attribute their success in receiving the grant to the support of the Graduate Students Affairs Office throughout the application process. Due to the uncertainty of funding, applicants only had one month to pull together their applications. The recipients of the fellowship were announced in October.