All tied up: Maroons’ postseason hopes dashed at Wash U 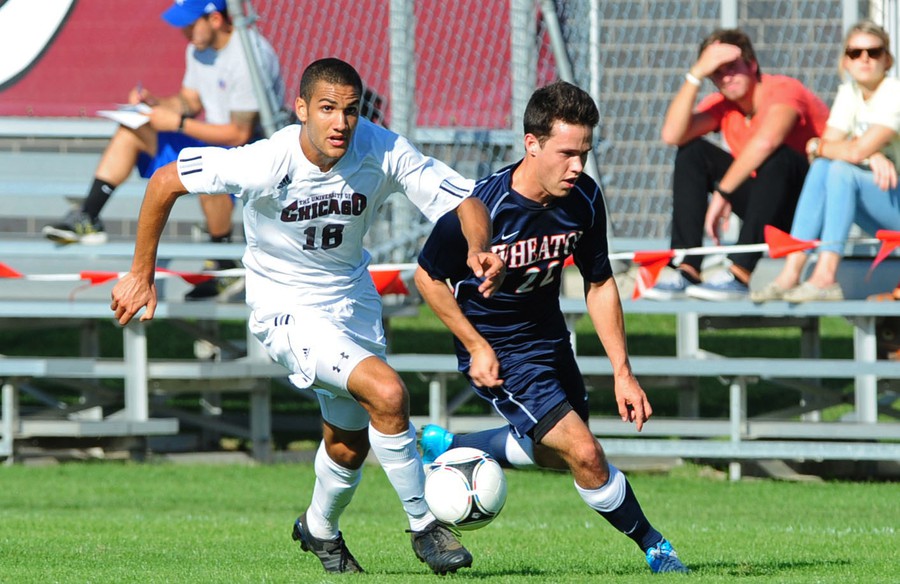 “Maybe we wasted some chances going forward, gave up possession a little too easily,” second-year midfielder Michael Choquette said. “It wasn’t a perfect performance, but we put it all on the line, played with a lot of passion, so I think it’s a performance we can all be proud of.”

“Obviously we’re disappointed, but with our record and the previous results, we kind of knew we were on the outside looking in,” fourth-year captain and midfielder Danny Hahn said.

According to head coach Scott Wiercinski, the committee’s decision about the team’s fate is understandable, but disappointing.

“We left a lot of results on the table—games that we could have or should have or would have done better in, and we gave a lot of points away,” he said. “Certainly we were hopeful that we could have gotten an opportunity to play. We feel that we can play against almost any opponent well, but given the math behind the selections and the tournament, I can’t say I was especially surprised.”

On Saturday, the South Siders proved that they were evenly matched with Wash U, with neither team scoring in a game that went into double overtime.

“Wash U has a very good team,” Wiercinski said. “They make it difficult for you to beat them. We knew it would be a difficult match.”

“[Wash U] had two forwards that were really good and dangerous with the ball, so our main strategy was to prevent them from getting in, limit their chances and then counter-attack off of that,” Hahn said. “We gave them some chances but obviously the goal is to not give them any goals, so we were definitely successful.”

“[Our strategy was to] go wide and play big,” Choquette said. “We did that well at times. We could keep the ball for a good stretch of time. However, for the final third, we struggled a bit. In the end, we did have a handful of very good chances. We applied our attacking strategy pretty well. Obviously, [we are] disappointed that we didn’t score.”

With their failure to make the NCAAs, this game marked the end of the season for the South Siders.

“It was a decent season, but certainly not satisfactory nor satisfying nor fulfilling,” Wiercinski said. “We will be graduating only two players, so we have a lot of returning years of experience, so we have high expectations for each of those returning players to improve over the course of the off season, and to come back better soccer players.”