Bearable ending? Chicago to close out season at Wash U 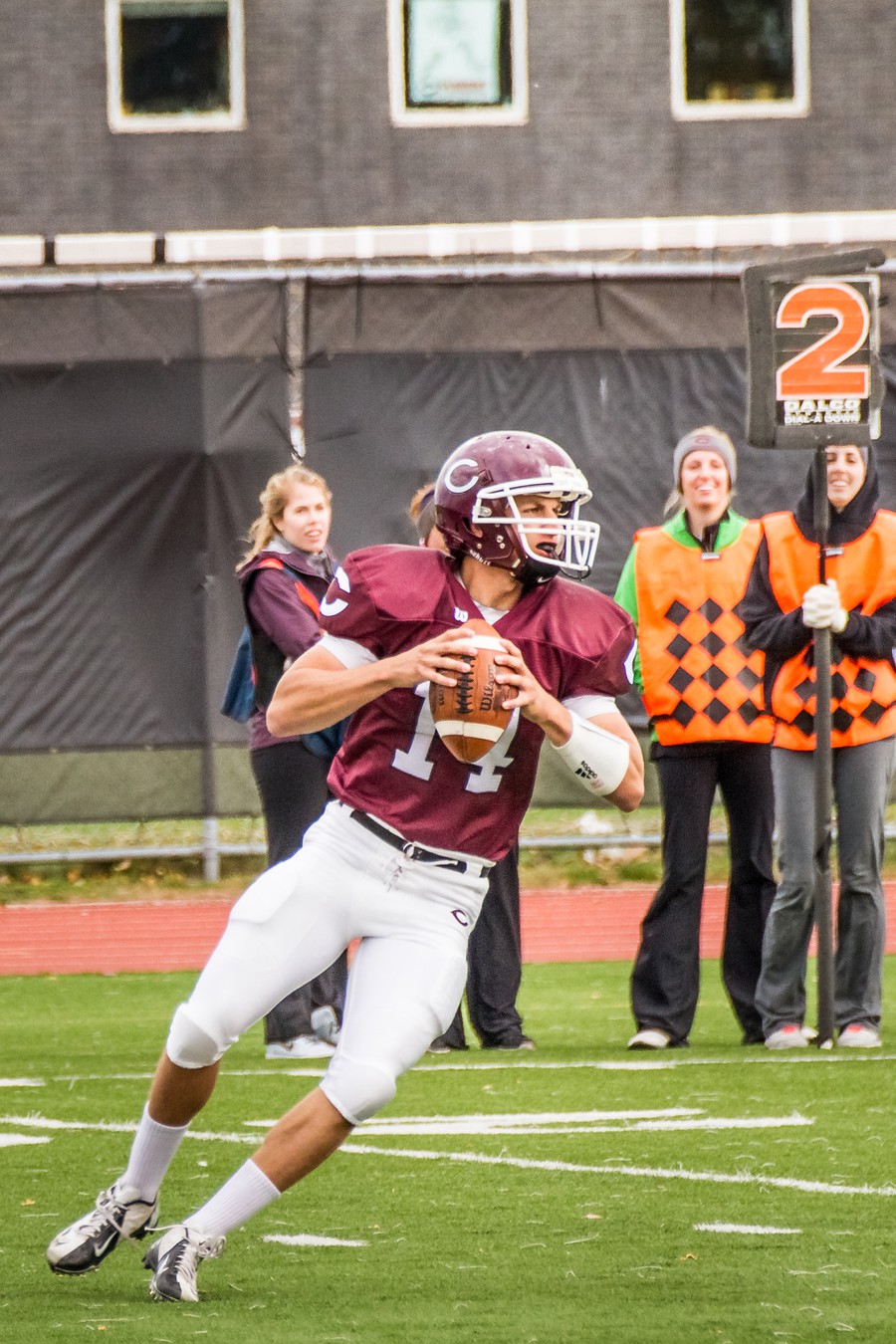 The Maroons’ season is at its two-minute warning. And by the end of Saturday, the final whistle will have been blown. This Saturday’s home game against Wash U (4–5, 0–2 UAA) is the last contest of the year for Chicago (4–5, 0–2 UAA). It is also Wash U’s final regular season game.

Though the teams have accumulated the same overall record, their paths have been vastly different. As the Maroons opened up their season with a victory, the Bears were shut out 34–0 against UW–Whitewater.

The Bears have been up and down all year, but they’ve hit their stride recently. They’ve won three in a row, including two straight against UAA opponents. The South Siders, on the other hand, are mired in a two-game losing streak, with both losses coming to conference rivals.

Games against Wash U are always particularly exciting for the Maroons, and this weekend is no exception. With both teams trying to achieve .500 records, it should be a no-holds-barred matchup.

“I feel excited,” third-year quarterback Vincent Cortina said. “I’m excited to play another UAA opponent and the last time with the seniors.”

Earlier in the year, these same Maroons were hoping to win the UAA and head to the playoffs. The expectations are lower at this point in the season, but this team has not given up.

That said, you won’t hear any Rex Ryan fantasy land comments from Chicago, no last hopes for a miracle turnaround and a playoff berth.

“This win would mean a lot,” Cortina said, “putting us at .500 and carrying some momentum into next season.”

While they haven’t achieved all they’d hoped to, the season was by no means a wash for this squad.

“This season hasn’t quite lived up to our expectations,” Cortina said, “but I have seen a lot of improvements in a lot of players.”

For now, the focus for the South Siders is to send the seniors off with a win against a big conference rival in this game, which is known as the Founders Cup, in reference to the UAA Conference.

The Founders Cup was established in 1987 to mark the first-ever football game played between the two UAA teams. Just as the University of California, Berkeley and Stanford University have an axe that goes back and forth between the teams possessed for a year by whichever side wins the rivalry game, Chicago and Wash U have a Cup that goes back and forth. Wash U won back the Cup last year, so the Maroons will be looking to get the Cup back for the first time since 2010.

Kickoff is at Stagg Field at noon on Saturday.