The CTU strike of early fall was victorious and production, according to panelists, 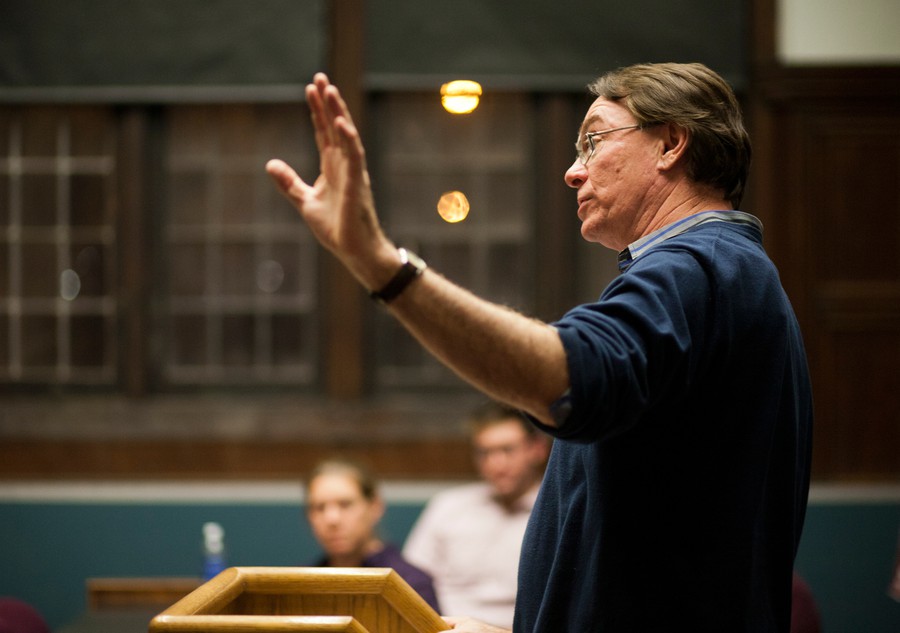 A panel of labor activists spoke about the recent Chicago teachers’ strike and the challenges that the Chicago Teachers Union (CTU) faces during a discussion in Harper last night.

Chicago Public Schools (CPS) teacher Sarah Chambers, a member of the teacher activist group that laid the groundwork for the strike, Caucus of Rank and File Educators (CORE), said that the build-up was five years in the making.

CORE first had to change the top-down management style of the teacher’s union to a more effective grassroots effort by union members.

Panelist Micah Uetricht, a journalist for The Nation, said that it is rare for union members to be as involved as CTU members were in the lead-up to the strike.

Uetricht also added that the CTU had a broader vision for the strike than merely teacher salaries. In addition to keeping a new merit pay system for teachers out of the system, the strike sought to improve the conditions of CPS across the city.

Joy Clendenning, mother of four children in CPS and a Hyde Park resident, spoke about what the strike accomplished for public school students.

The panelists cited the strike as one of the first major victories against corporate education and as only the first phase of CTU’s fight against recent anti-labor movements in the city.

Steven Ashby (PhD ’93), professor in the Labor Education Program at the University of Illinois, spoke about the impending closure of nearly one hundred schools across the Chicago public schools system. The intent, he said, is for these schools to be replaced by privately owned charter schools. He added that current charter schools, on average, are not better than current public schools.

Aiming to rouse the support of U of C students in upcoming protests, Chambers addressed what students can do to aid in the fight against the school closings. She urged students to “occupy” local Hyde Park elementary schools with other activists to protest any potential school closings in the CPS system.

The discussion was presented and sponsored by Students Organizing United with Labor.