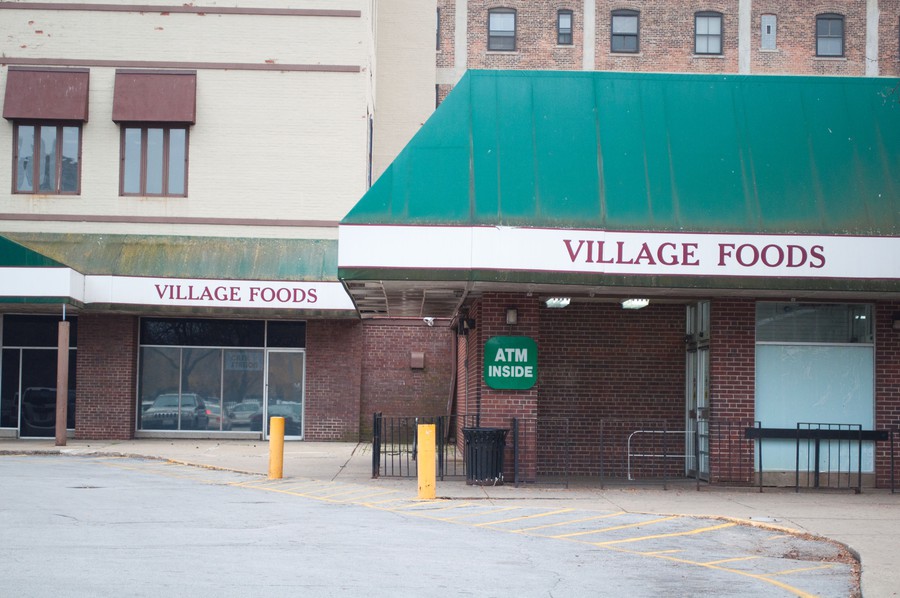 Village Foods, a low-cost grocery store that has served Hyde Park residents since 1983, closed on October 16. It will be replaced by the upscale organic grocery Whole Foods.

The new store is part of City Hyde Park, a development that in 2014 will occupy the area now known as Village Center. Antheus Capital acquired the building in 2005, when a number of tenants, including Village Foods, were approaching the end of their leases. Seeing an opportunity to redevelop the entire site, Antheus sponsored workshops and focus groups in order to gauge neighborhood residents’ main needs, which included retail stores, high quality handicap-accessible housing, and affordable housing. To meet these needs, the development plans to include 110,000 square feet of retail on two levels as well as 182 apartments, 20 percent of which will be designated affordable housing.

City Hyde Park has received support from numerous local organizations including the Hyde Park Chamber of Commerce and the Coalition for Equitable Community Development (CECD). “This proposal includes 38 new units of affordable rental housing, which will be the first of its kind in many, many years in our community. CECD’s mission is to preserve the economic diversity of our neighborhood, and the creation of this TIF and the resulting development will move us in that direction,” said the CECD in an official letter to the City of Chicago.

The creation of the 53rd Street tax increment financing (TIF) zone in 2001, a result of city and University collaboration, has made funding available for extensive redevelopment, and has helped attract more retailers to Harper Court and the surrounding area.

Antheus’s Director of Community Development Peter Cassel said that a variety of tenants were considered, but Whole Foods made the best offer on the rent they were willing to pay, the amount of improvements that were needed for the space, and the length of their lease. “We didn’t choose Whole Foods as much as Whole Foods chose Hyde Park,” he said.

He also noted that Hyde Park, as well as the South Side, has often been ignored and neglected by national retailers as a result of their perceptions regarding the residents’ low incomes. Cassel is hopeful, however, that with the coming of Whole Foods, “other retailers will look and see Hyde Park as a viable market where there are people who want, are able, and choose to buy things.”

Furthermore, Whole Foods plans on offering partnership options with local nonprofits and donating daily to local food pantries, according to Kate Klotz, Midwest public relations manager of Whole Foods. Around 170 jobs will be created, she says, but most will be filled by external candidates.

Critics are disappointed that a low-cost grocery has been replaced with a relatively upscale one. “Many of us in the community feel the closing of Village Foods is a loss, particularly the people who liked to find a bargain,” said George Rumsey, president of the CECD, in an e-mail.

Steven Lucy, owner of Open Produce, another low-cost food store in the area, also regrets the replacement. “While I have no problem with adding a Whole Foods to the food landscape of Hyde Park, I think it is shortsighted to shut down the only large low-cost grocer in the area,” he said in an e-mail.

Despite his qualms, CECD president George Rumsey has faith that the new store will not take away from Hyde Park’s character. “Hyde Park was a special neighborhood before Whole Foods and will still be a special place with or without Whole Foods.”