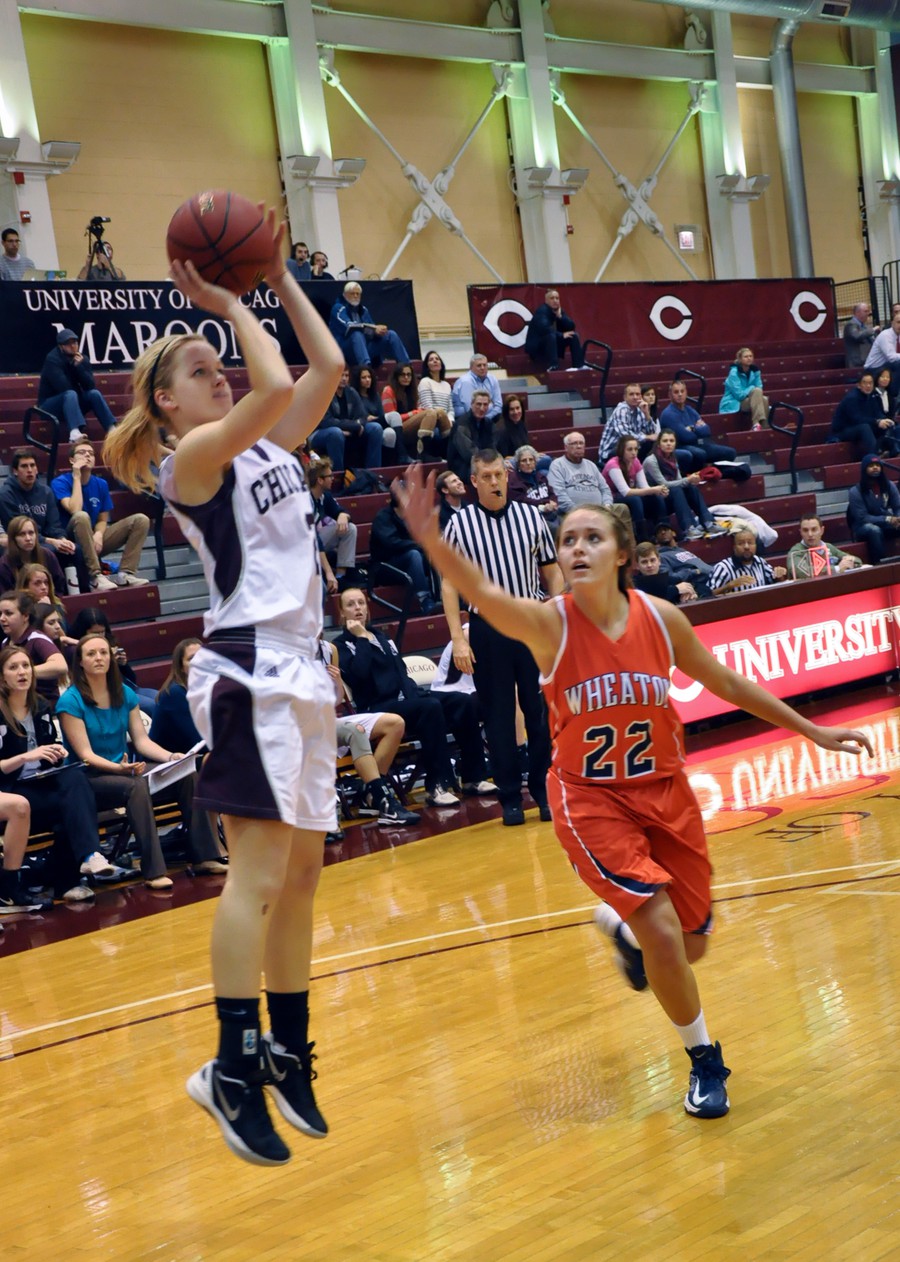 Although the Maroons (1–4) had been struggling offensively this season, they made major improvements shooting the ball on Saturday against no. 14 Illinois Wesleyan (4–2). However, Chicago couldn’t quite hold onto the rock as the home Titans pressured Chicago into a 67–57 loss.

“[Illinois Wesleyan] won the national championship last year and so we knew that they would be a tough match-up,” fourth-year Jenna Lillimoe said.

Although the Maroons knew they were the David to Illinois Wesleyan’s Goliath, they came out strong, sinking five three-pointers early to grab a 21–9 lead. The Titans chipped away at the deficit, cutting it to 32-28 at half. Chicago’s 12–22 shooting from the field and 5–9 from three-point range helped them gain this first half lead—it also helped that IWU shot only 10–30 from the field.

The Titans picked up their defense in the second half, forcing a number of Maroon turnovers.

“They play a full court, run and jump press that we tried to limit by controlling the pace of the game, but had too many turnovers to be successful in this strategy,” Lillemoe said.

Wesleyan took control of the game, going on an immediate 10–0 run—bringing the score to 38–32. The Maroons hung around but never took the lead again.

IWU forced Chicago into a total of 34 turnovers, highlighting an issue that the Maroons have had throughout the season, now averaging 21.8 per game.

However, it’s a good sign for the Maroons that their offensive efficiency has picked up. Chicago’s previous best field goal percentage was 44 percent in their opening game against Benedictine. On Saturday, the Maroons shot 55.3 percent from the field and 45.5 percent from three-point range, led by second-year guard Morgan Donovan.

“Morgan has been playing exceptionally well for us,” Lillemoe said. “She has been very solid defensively and has been a ‘go-to’ player for us offensively.”

It should be a different story when third-year guard Julie Muguira returns, bringing back more experience to the guard position, along with second-year forward Hannah Ballard, who should contribute to the already-improving offensive game. Both are out with injuries.

Chicago sits at 1–4, but there’s more to tell than their record. In addition to having the defending national champs and current no. 14 team on the ropes, they’ve also had to take on 23rd ranked Carthage and made 4–1 Wheaton fight hard for their win last week.

Lillemoe is looking on the bright side about the Wesleyan game but also staying realistic about the team’s execution down the stretch.

“[Saturday’s] game was good for us in that we realized that we can compete with top-tier teams, we just need to put two halves together and execute better if we want to come out with wins.”

UAA play begins on January 5, but the Maroons have six remaining games before then. Lillemoe believes the month of December will bode well for Chicago.

“It will be a good chance for us to focus on ourselves and our individual contributions so that we are at full strength and executing better going into conference season.”

The Maroons fight for their second win of the season tonight at Ratner against North Park at 7 p.m.