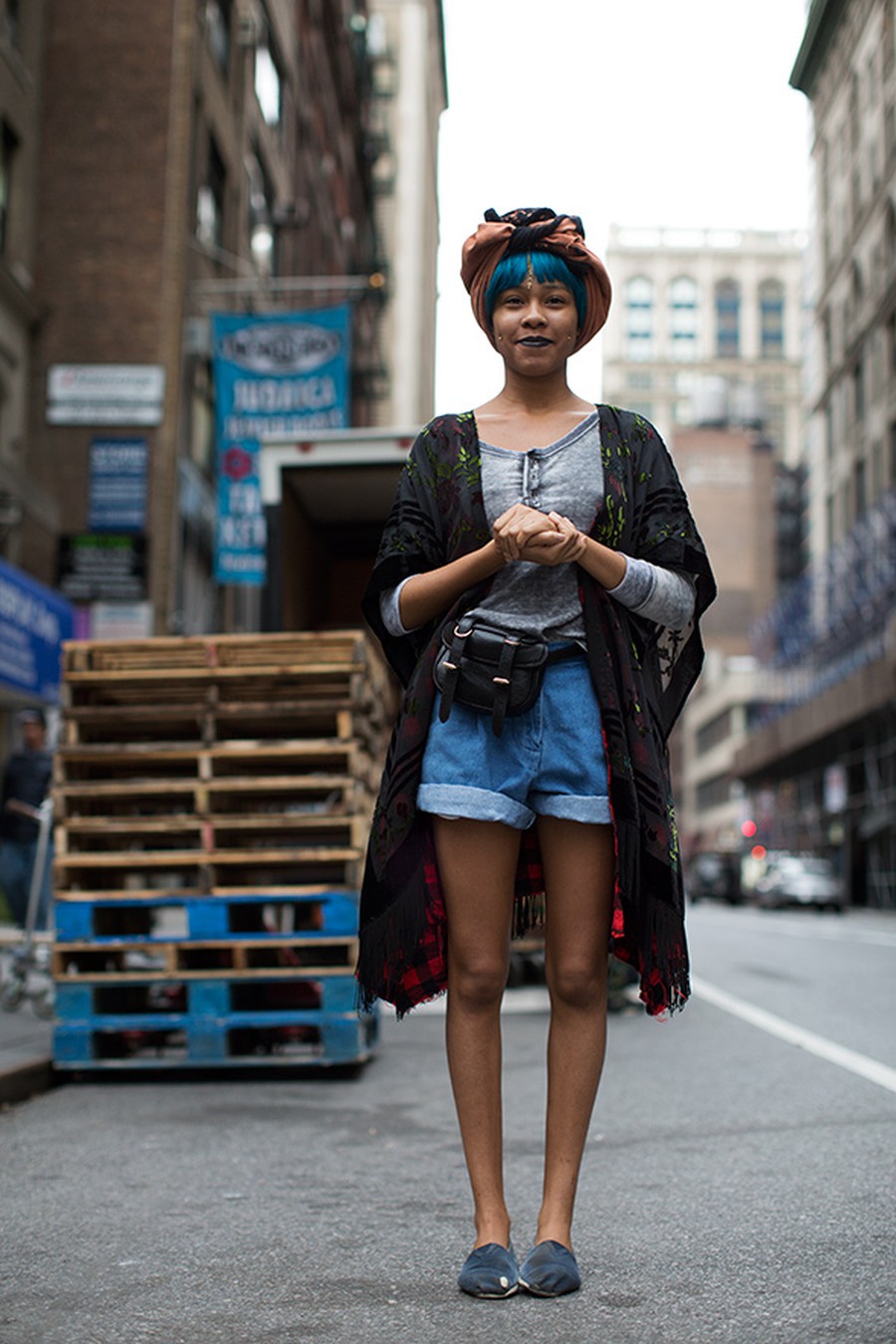 Courtesy of The Sartorialist

Dude looks like a lady (and lady looks like a dude). My favorite styles of 2012 have been those that get creative with gendered fashion, rendering womenswear and menswear less than mutually exclusive. Such common pieces as button-downs, tailored jackets, and cuffed trousers blur the line between “masculine” and “feminine” fashion, and bolder choices—dress-like tunics for men, pants suits with pixie cuts for women—further challenge the stereotypes of dressing. Some new styles even ignore gender altogether—I’m thinking of the more shapeless jumpsuits that rely on exciting prints rather than body-shaping silhouettes. 2013 just might be the year of the unisex onesie.

My disdain for cheeky shorts can be traced to one moment. The setting was Lollapalooza 2012. As I waited in line to have my water bottle filled, I suddenly became aware of an uncomfortable presence. Glancing from one sweaty concert-goer to another, my vision was clouded by something wholly unwelcome: butts. Butts everywhere. Not fully exposed butts, which almost would have been better; just glimpses. The cheeky short—antithesis of modesty, architect of the half-rump (insert shudder here)—had invaded. Even now, removed from the scorching heat of that day, I cannot for the life of me understand the concept behind cheekies. Are they pants? Denim underwear? Amped-up short shorts? Was it really so hot outside that you needed to sacrifice those last several inches of material? Ladies, you might have the most rocking donk the world has ever seen, but I don’t want to see it peeking out from beneath the hems of a glorified belt. I can only hope that the life of the cheeky is as short as its inseam.

From one-shouldered dresses to mullet hemlines to bold cutouts, fashion took a turn this year for the asymmetrical. Hairstyles went lopsided as the half-shaved, half-long look bloomed on heads everywhere, and so did prints (bold colorblocking and abstract designs abounded). The looks themselves might have been off-kilter, but the styles were perfectly balanced.

Apologies to the animal hat community, which has a strong presence here at UChicago, but I can’t get behind this one. I think it’s great that you’re comfortable enough to slap a wolf on your head. But I have to ask—why? I once tried to have a serious conversation with a creature-capped individual while working on a group project, and I’m pretty sure I made more eye contact with the fox than the human. I’m not suggesting that you toss out your bear bonnets altogether, because they’re really great, in a way, but give a bit of thought to context before you take the furry plunge.

Best: Anything unique enough to garner a double-take

Though fashion often centers around trends, concerning itself with fitting in rather than standing out, I think that style in 2012 was best served weird. That is, the most “fashionable” looks I’ve seen this year have been the strangest, the most resistant to norms, and therefore the most memorable. A girl wearing a pink bun the size of a softball, for example. Or a man in a crisp, tailored suit, paired with running shoes. Or an old woman donning all black, with a shock of blue lipstick. The best looks of the year were the ones that stuck out and changed my own perception of style. Unique was always a good thing.