Top 5 TV shows of the year 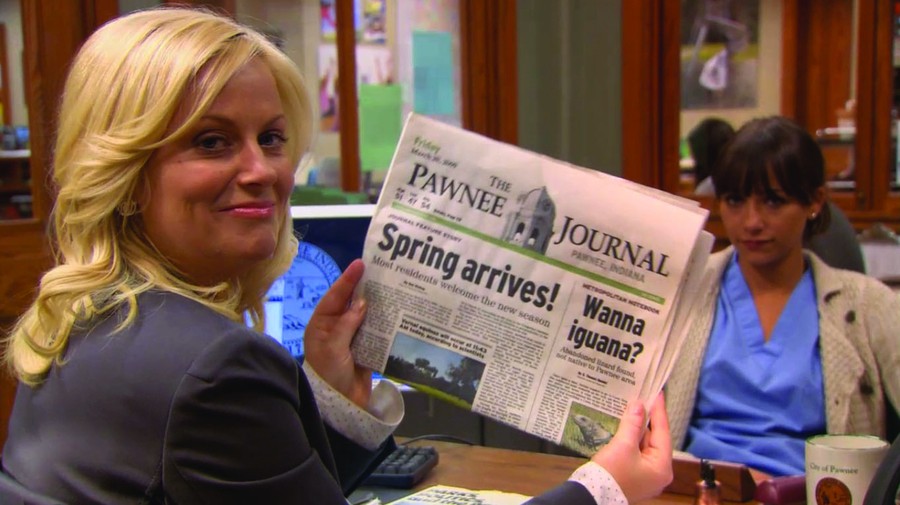 This year, Game of Thrones returned for its second season on HBO, and proved itself as one of the best shows on TV. The first season faced the daunting task of condensing 700 pages of novel into 10 hours of television, and the second season is able to build on this foundation. The show features a strong cast that includes Emmy-winner Peter Dinklage as the shrewd Tyrion Lannister. Thrones presents many morally ambiguous characters, all of whom build the suspense of the series, and make it one of TV’s best dramas. All in all, this show is a captivating medieval fantasy that also tests human nature—it’s a game not to be missed.

Parks and Recreation is back and better than ever for its fifth season on NBC. Amy Poehler stars and carries the comedy show as Leslie Knope, a public official in the parks department of a fictional town in Indiana. While Parks was initially criticized for its similarity to The Office, it has distinguished itself through its characterization of the town of Pawnee. The show uses a mockumentary filming style, making it relatable and down-to-earth. The cast of supporting characters is both intelligent and surprisingly real, and captures the self-deprecating nature of a small town. Parks sets itself apart with its sense of optimism, because while the characters often make fun of Pawnee, it is their home, and that’s where the show’s heart is.

Breaking Bad tells the story of high school chemistry teacher Walter White, who, upon discovering he has lung cancer, begins producing crystal meth with a former student. White, played by Bryan Cranston, embodies the role of an antihero completely, as he struggles to hold onto his identity while making questionable moral choices. As the show progresses through its fifth season, White continues his downward spiral, and can now be classified as a villain. The supporting actors of the show keep it from completely degenerating morally; Aaron Paul is especially notable for giving the drug dealer stereotype another dimension. Breaking Bad questions traditional moral standards, and maintains its iron hold on viewers even as the characters become more and more corrupt.

This NBC show is a singing competition reminiscent of American Idol, except for one thing: opening auditions are blind so that contestants are judged on singing talent alone. In an industry where aesthetics are everything, The Voice introduces the novel idea that it is possible to judge on talent alone, and forget about appearances. Judges Adam Levine, Blake Shelton, Cee Lo Green, and Christina Aguilera, all seasoned artists, bring different views to the show, and their interactions keep the audience laughing. The Voice is a fresh take on a genre of TV show that was quickly becoming tired and predictable.

Zooey Deschanel stars as quirky elementary school teacher “Jess” Day, who suffers a bad breakup and moves into an apartment with three men. The show finds humor in real-world problems and the transition from mid-20s to true adulthood. Supporting actors Max Greenfield, Jake Johnson, and Hannah Simone move into the spotlight in the second season, which only makes the show more hilarious in its satirical presentation of late-20s life. New Girl brings us relatable stories with a quirky spin, and just keeps getting better.