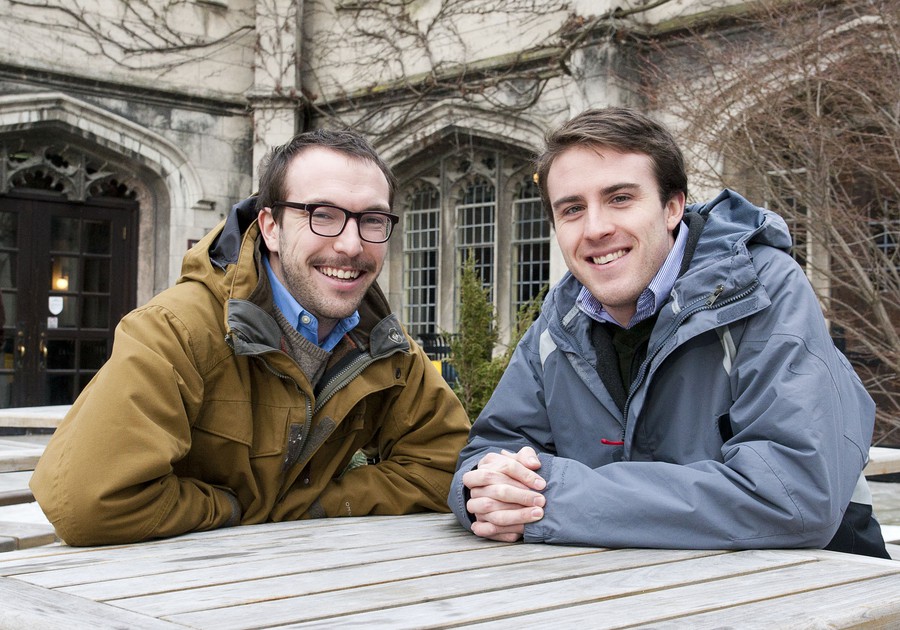 Favorite date movie: Ticked-Off Trannies with Knives, which we believe to be an underrated masterpiece (seriously, go see it). Evan falls asleep during every other movie we ever watch together.

Favorite quotes:  “Kiss well or don’t kiss at all,” “Stop biting” “You're Evan Garrett-ing it”

First Date: Technically, when Evan invited Peter over to to make an apology cake for Evan’s roommate.  Officially, when Evan cooked cuisine for Peter at his apartment (by which we mean Chez Evan) so that Peter could avoid food at the second-classiest restaurant in Hyde Park, Le Bartlett.  Evan’s going to recreate this night for Peter on this Valentine’s Day.  (Shhh. It’s a secret.)