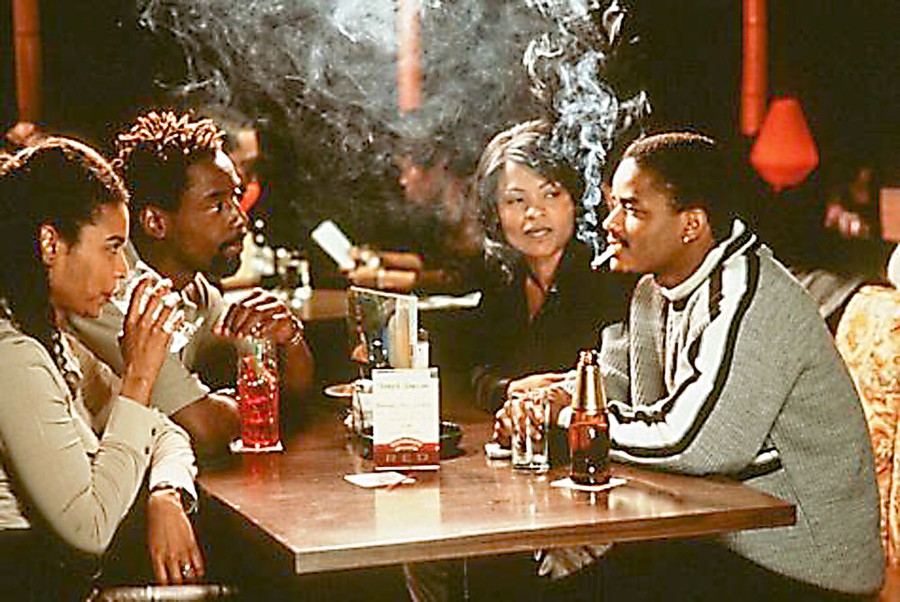 5. Love Jones (1997): Though it could never quite live up to the exceptionally high standard it set for itself in the first ten minutes of the movie—Darius Lovehall, a Newcity reporter (Larenz Tate), spots Nina Mosely (Nia Long) in a crowded club and performs a simmering spoken word poem in her honor—Love Jones was a refreshing change of pace for a mainstream (read: white) populace used to seeing African -Americans as gangsters and crack addicts. Set in the South Side (yep, this South Side), the romantic drama showcased Chicago stepping, name-dropped George Bernard Shaw, and gave us immortal lines like this one: “I love you. That’s urgent like a motherfucker.” 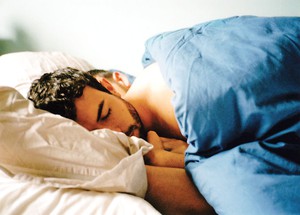 Film Collaborative
4. Weekend (2011): As far as love stories go, Weekend’s is pretty banal. Boy meets boy, they hook up, do some drugs, and talk endlessly. But in its banality, British film-editor-turned-director Andrew Haigh does a marvelous job drawing the viewer into the lives of two English 20-somethings grappling with their obvious attraction to each other, the unintentional marginalization that comes with living in a heteronormative world, and the consequences of a noncommittal, hookup culture. Chris New and Tom Cullen have wonderful chemistry together, and the abrupt cuts, handheld camera work, and diegetic music all work together to sucker you in. Weekend is a bittersweet film, but for once, gayness and various reactions to it aren’t the reason for the sadness. It ends just like any other realistic love story. 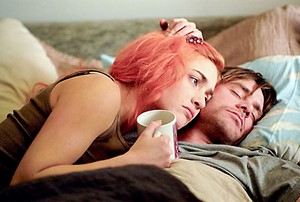 Focus Features
3. Eternal Sunshine of the Spotless Mind (2004): Retelling the love story of sadsack Joel Barish (Jim Carrey) and wild child Clementine (Kate Winslet with a career best performance) in non-chronological order, Eternal is an original, thought-provoking visual stunner. Carrey is the consummate foil to Winslet (never has Carrey’s famously elastic face been so staunchly scrunched in melancholy), and the truly innovative script coupled with Michel Gondry’s whimsical directing make this film one of the best of the aughties. Period.  Here’s a warning though: It may not be the best film to watch with your significant other on Valentine’s Day. Those early breakup scenes can be brutal! 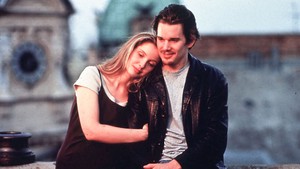 Columbia Pictures
2. Before Sunrise (1995): Is there any film that better encompasses the life of the mind than Before Sunrise? Okay, scratch that: There are a whole bunch of films that do, but as far as young, collegiate bullshitting to impress a potential romantic partner goes, Before Sunrise takes the cake. Ethan Hawke and the lovely Julie Delpy star as two strangers who meet on a train en route to Paris and stop in Vienna to continue a conversation they started on the train. That’s basically the plot of the movie. And it’s great. Both Hawke and Delpy improvised a lot of their dialogue, and it shows; nothing feels contrived.  It’s also basically filmed in real time, so the pacing is slow and methodical. With its Generation X spur-of-the-moment romance, its earnestness and naïveté, Before Sunrise is a modern classic. 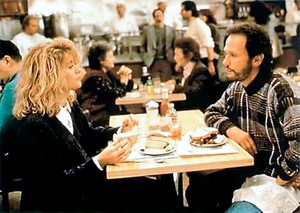 Columbia Pictures
1. When Harry Met Sally (1989): A list of the top romantic movies of all time without a Nora Ephron screenplay? Not on my watch. Billy Crystal and Meg Ryan are at their best as on-and-off friends (and U of C alums) who attempt to answer the age-old question, “Can (straight) men and women be friends?’ in this 1989 classic. There’s so much to like—Meg Ryan’s peculiar menu ordering, Billy Crystal’s snug jeans, Meg Ryan’s changing hair, Carrie Fischer, orgasms,  a shot of Hull Gate—and of course, the famous ending speech at a New Year’s party that cements Harry and Sally’s place in America’s collective heart forever.