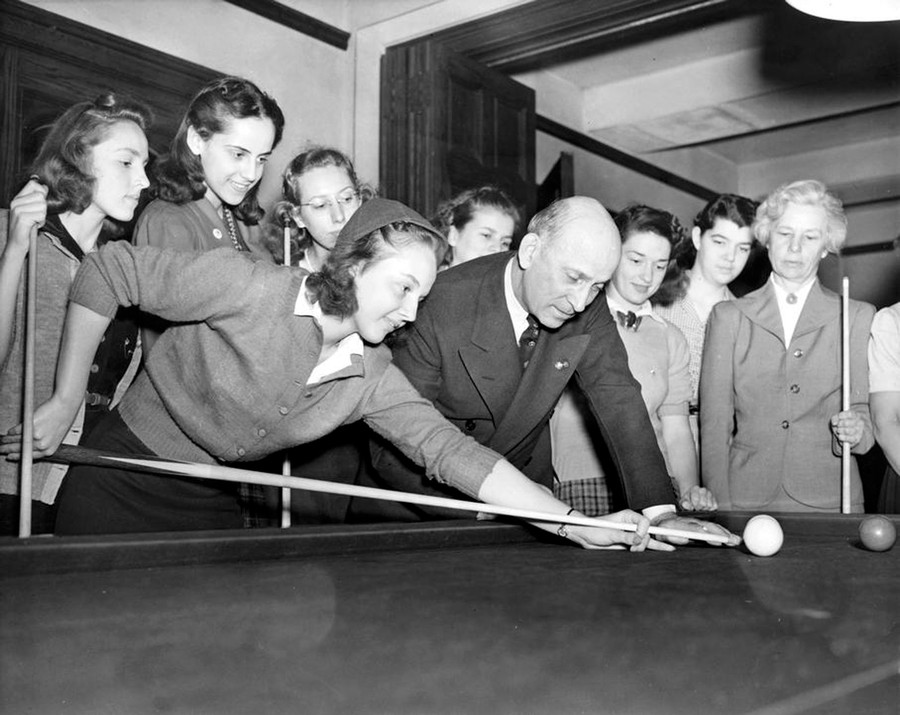 When it opened in 1892, the University of Chicago was one of the few universities in the country willing to admit both men and women. Despite its non-discriminatory foundations, the fight to retain the rights of women at the University was not an easy one, requiring unification, protest, and leadership.

In 2009, the University of Chicago library created an exhibit on Educating Women at the University of Chicago, documenting the transformation of the role of women at this school. According to the exhibit archives, the University’s practice of coeducation was threatened only 10 years after it began. In 1902, University Administration voted to separate women and men in the classroom during their first and second years in the school. This was met by intense objection from students, affiliates, and faculty of the University. Because of this, the controversy ended only a few years after it began with the reinstatement of coeducation for all four years.

In the early 1900s, Marion Talbot, Dean of Women (a position that only existed until 1925), and two other female professors argued that women did not possess enough influence on campus. Despite their complaints, this issue was not taken into consideration until the ’70s, when an unsuccessful sit-in demanding the contract renewal of Assistant Professor Marlene Dixon left 23 students expelled. This forced the administration to reexamine “the status and opportunities open to academic women on this campus.” In the end, the report acknowledged the University’s lack of opportunity for women and encouraged the recruitment of more women educators and students.

In addition to advocating for more female influence in the University, Talbot took it upon herself to create well-balanced women, supervising the female students’ studies, social life, and diet during her time at the University. 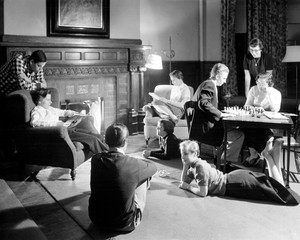 William M. Rittase
Throughout the 20th century, women undergraduates continued to face restrictions that their male counterparts did not: The University established women’s curfews and heavily supervised any event during which men and women socialized with one another. Women, unlike men, were not only required to live in the residence halls,: They were also expected to clean up after themselves while the men’s rooms were cleaned by housekeeping. Under the administration of one dean of students, women were even required (although without protest) to wear skirts to dinner.

Fed up with the strict regulations imposed on student life, students clashed with administration, demanding more lenient, equal social expectations. Their protests eventually led to the transition to coeducational dorms whenever possible by 1966, and eventually the elimination of the women’s curfew by the ’70s.

The fight for women’s rights on campus continued side-by-side with female activists across the country. In 1967, the first campus women’s liberation organization, the Women’s Radical Action Project, was formed, later expanding through other parts of Chicago. During the national abortion debate, a group of female students, organized under the Abortion Counseling Service, advocated for the legalization of abortion from 1960 to 1973. By the time of the Roe v. Wade Supreme Court decision legalizing abortions, the group organized an estimated 11,000 illegal abortions in the Chicago area.

Remnants of female progress and influence at the University can be seen to this day. In 1916, Ida Noyes Hall was initially opened as a women’s clubhouse in response to the opening of the Reynolds Club and Bartlett gym for men at the University. Multiple residential houses are named after prominent women alumni, including Katherine Graham, former head of the Washington Post and Pulitzer Prize winner, and Sophonisba Breckinridge, the first woman admitted into the Order of the Coif, an honorary legal scholastic society. In 1985, Alpha Omicron Pi led the way for the formation of various sororities on campus, despite the administration’s initial ban of such organizations. In contrast to 1910, when they only represented 22 percent of the undergraduate population, women today make up 47 percent of students in the College. This progression toward equality will persist as women continue to excel in the classroom, take student leadership roles, and serve as faculty members.