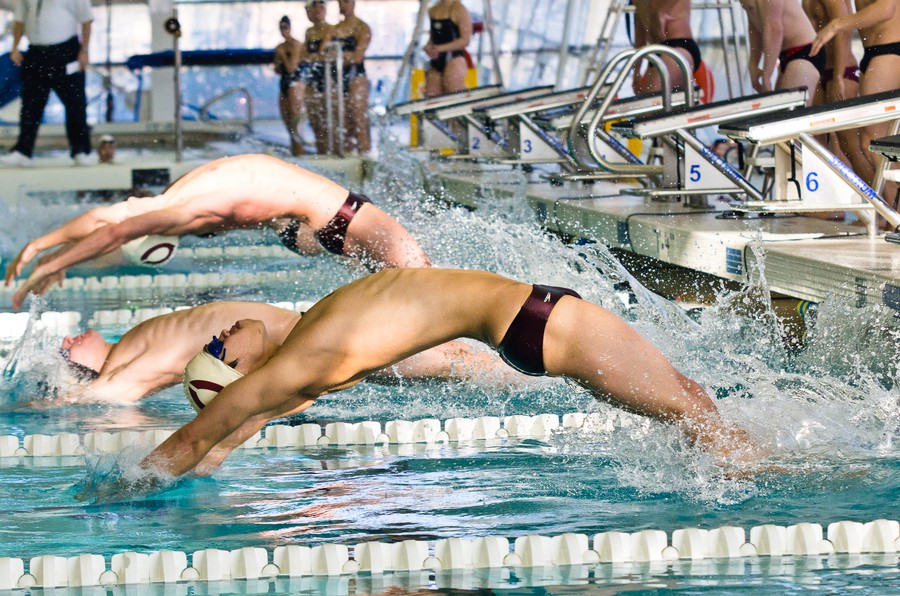 The UAA Championships are finally here. Starting Wednesday, the Maroons will participate in a three-day meet along with the rest of the UAA.

The past two weeks have been spent preparing for the big meet, as the team’s dual meet against DePauw two weeks ago was the last of the season.

“In swimming for championship meets, the team tapers,” first-year swimmer Andrew Angeles said. “This means that each practice gets shorter and shorter, allowing our muscles to recover from the hard training earlier in the year. During this taper time, we have been treating our bodies well. We all try to eat healthier and get more sleep.”

This calculated and specific preparation is undertaken in hopes of optimal team as well as individual performance.

“We’ve been working toward this meet all season and both teams hope to get second and qualify a number of individuals and relays for NCAA Championships,” head coach Jason Weber said.

Last year, Chicago finished third behind Emory, who won by a significant amount, and Carnegie Mellon.

“The main goal for the meet is to get second to Emory,” Angeles said.

One element left out of the team’s preparation is records.

“Breaking school records is not really a main focus for us, but we do expect to break a lot on both sides,” Weber said. “We’ve already broken nine on the men’s side and should get close to breaking 20.”

At this point, with the tapering regimen laid out, it is up to the swimmers and divers to keep it up and motivate themselves for the meet. The leadership and experience of fourth-years in particular will be crucial for success during the road trip.

“The seniors have been stepping up all season to help prepare the team,” assistant coach Krista Carlson said.

In terms of the meet’s location and length, the Maroons did not have any issues.

“The trip to Cleveland should not be too difficult…[and] the team has already had some three-day meets during the season, and many of the swimmers swam club meets that lasted three days or more, so this meet should not be a problem for us in terms of length,” first-year swimmer Andrew Salomon said.

“We’ll be driving down the day before, so there should be no issues,” Weber said.

Another thing that won’t hinder the Maroons is attitude.

“I think the team as a whole knows what is expected of them from the coaching staff as well as their teammates, and they hold each other accountable to that,” said Carlson.

From the athlete’s side, the feelings are the same.

“We are really going into this meet united as a team,” Angeles said.

As the preparation tapers off and the swimmers and divers travel to Cleveland, rest and relaxation should help to propel them toward their goals and beyond.

“Now, with us fully rested, we can do some real damage,” Salomon said.

The Maroons will take on the rest of the UAA starting at 1 p.m. on Wednesday, February 15 in Cleveland. The meet will last through Saturday.