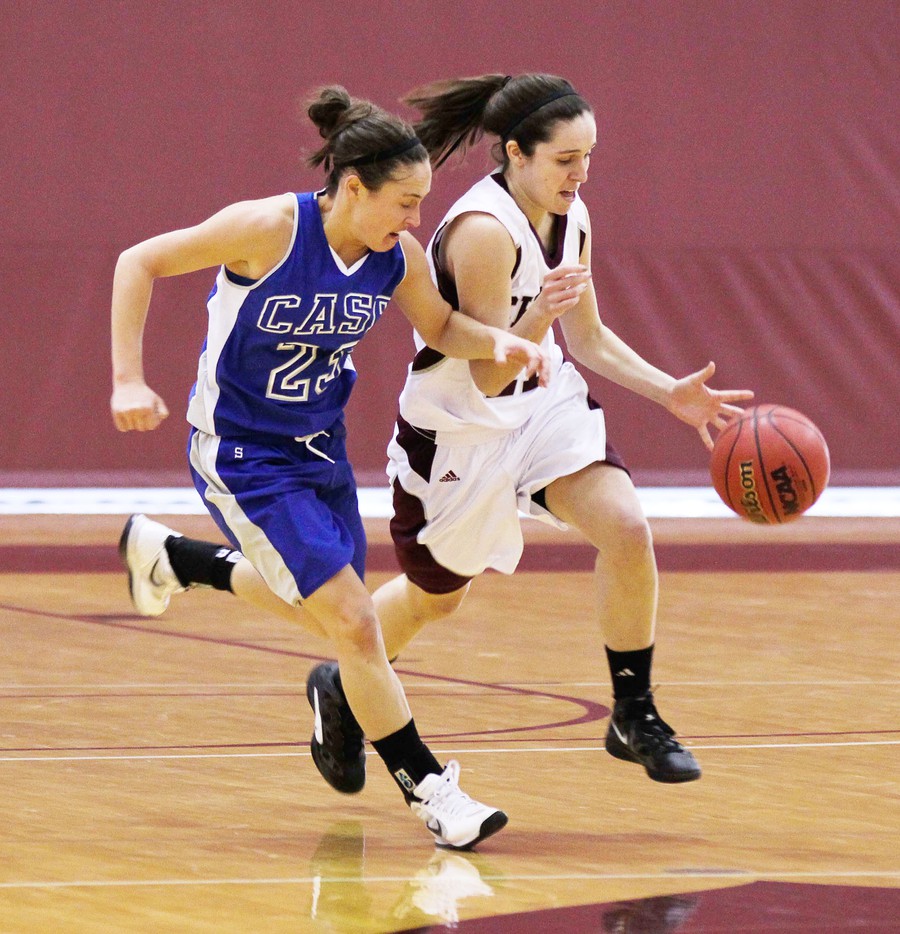 Chicago clinched at least a share of the UAA title Sunday, defeating a stingy Case Western squad 73–44. It seemed like the Spartans would pose a greater challenge, having lost a close game to a very good Wash U team only two days prior, but Chicago outscored Case in the second half 50–26 to break open the game. The win came two days after one of the most lopsided wins in Chicago history, as the Maroons flirted with the 100-point mark in defeating Carnegie Mellon 95–46.

Chicago had overwhelmed Carnegie in a similarly dominant fashion nearly a month ago in Pittsburgh, winning 81–44. Head coach Aaron Roussell said after the game that with the group of players he has, he never has to worry about a letdown in energy. “We’ve made that mistake in other years,” Roussell said. “I was really proud of all of our kids, how we really locked in. You get to this point, you feel like you know your team, and I really felt that our kids were locked in before the game.”

The game got out of hand early for the Tartans. A hounding Chicago defense forced turnover after turnover, and Carnegie was able to score only three points in the first six minutes of play. Fourth-year Meghan Herrick had five steals all on her own in the first half, two shy of the Ratner record, which almost certainly would have fallen had Herrick played extended minutes throughout the rest of the game. The margin reached 20 points halfway through the first period and kept growing, and Chicago went into the locker room up 28.

The second half was more of the same, and the question turned from, “How much can Chicago win by?” to, “Are they going to get to 100 points?”

“When you’re playing a team like that and you’re up by 50 points, it’s almost like you want to win the subjective battle, like a wrestling match or a boxing match. We wanted to make sure that we dominated from the tip to the last buzzer,” said fourth-year guard Kate Casaday after the game. “We wanted to send them home knowing that we were better than them in every aspect, player for player.”

Casaday had one of her strongest games of the year, scoring eight points in just 11 minutes. She made a spectacular play late in the second half, nailing a drifting fadeaway jumper in the corner that put brought the bench to their feet.

“She just works her butt off day in and day out and pushes constantly, and is probably one of our biggest cheerleaders on the bench,” Meghan Herrick said. “To see her come out there and just play an amazing game all around, I’m just so proud of her. She deserved it.”

Two days later, the Maroons played Case Western, whom they beat by only five points in Cleveland. In Chicago’s 10 previous UAA contests, Case was the only team, aside from perennial powerhouse Wash U, to stay within 10 points of Chicago.

Sunday, however, they were not so lucky. The first half was a sloppy affair with 27 turnovers between the two teams, and neither squad was able to gain a sizable advantage. In the second half, the Maroons’ depth allowed them to pull away as they wore down a Case team that did not have the luxury of an easy Friday night blowout. The lead ballooned to double digits early in the half and the Maroons never looked back.

Chicago has now beaten UAA opponents by an average of 20.1 points per game. With only three games remaining, the Maroons have locked up at least a share of the UAA title, but any win over the course of the next three games will lock up the title and, by extension, an automatic NCAA berth. Chicago travels to New York on Friday and then plays Brandeis in Boston on Sunday.