The students say that their protest is protected under their first amendment rights. 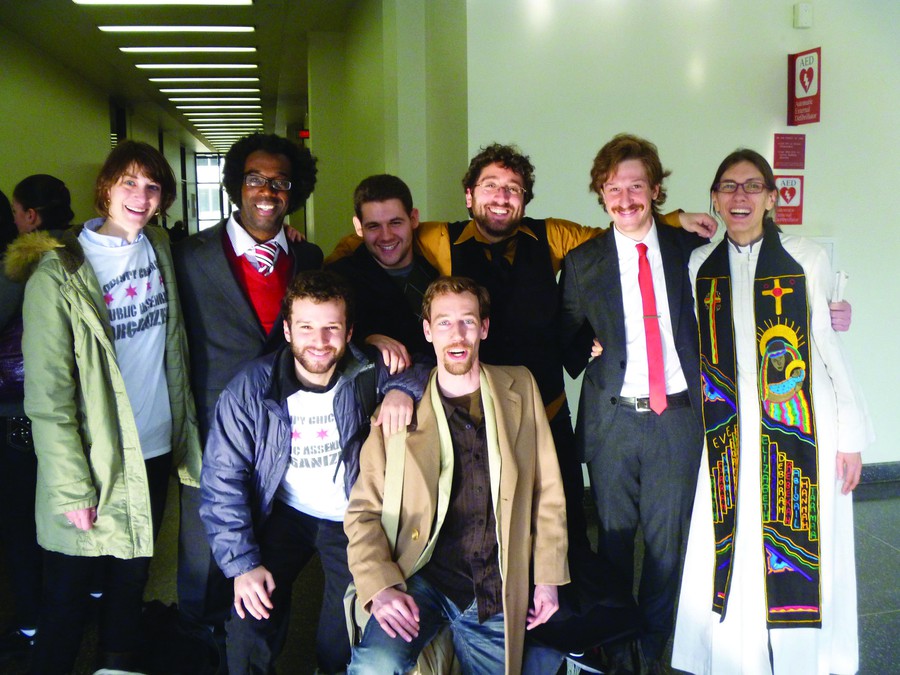 Twelve U of C students arrested in connection with Occupy protests last October challenged the city’s charges of trespassing in their first hearing Wednesday afternoon.

A total of 175 protesters were arrested in the early hours last October 16 for violating Grant Park’s 11 p.m. closing time, and around 90 protesters, including the 12 students, were charged with trespassing. The students are being represented by defense attorney and U of C graduate student–at- large Thomas Durkin and his firm, Durkin and Roberts. During the hearing, Durkin asked for the charges to be dismissed on the grounds that the students’ protest was protected by their First Amendment rights.

“The city has the discretion to enforce the ordinance. Our position is that the decision was an abuse of discretion of the police department on direct orders from the mayor’s office,” Durkin said. “There is a well-established constitutional principle that an all-night protest is a necessary form of symbolic speech, protected by First Amendment.”

Jeremy Siegman, one of the twelve students arrested, said that the charges were “a show of political power” preceding the G8 and NATO summits, which the city will host in May.

“It was selective enforcement of the ordinance to silence dissidence,” Siegman, a graduate student studying political science and anthropology, said. “But we had a right to be there. You can’t separate the message of Occupy from the activity. We have to be occupying.”

Wednesday’s hearing spanned three hours and was followed the next day by a five-minute hearing on the issuing of I-bonds, which assign a dollar amount to be paid if the defendants miss court.

While the other arrested protesters are being represented by a legal team from the National Lawyers Guild, the Durkin and Roberts law firm has exclusively defended the U of C students. The firm is working pro-bono for the students, although each paid a symbolic one dollar fee to establish a client-lawyer relationship.

Professor Bernard Harcourt, chair of the Political Science department, brought the case to Durkin’s attention after a number of Harcourt’s doctoral students were arrested.

“I feel very strongly that it is my role as their professor and, in some sense, in loco parentis, to make sure their rights are protected and their welfare assured,” Harcourt said. “I think people should be allowed to express their political opinions, especially in peaceful ways—students, grandmothers, professors, everyone.”

Though Durkin and Roberts primarily provides defense for those accused of serious crimes, Durkin, who supports the Occupy movement, said he believes the issue to be significant.

“I was incredibly impressed by the students’ determination to make a difference, which is admirable,” he said.