UAA Championships prove to be major challenge for Maroons 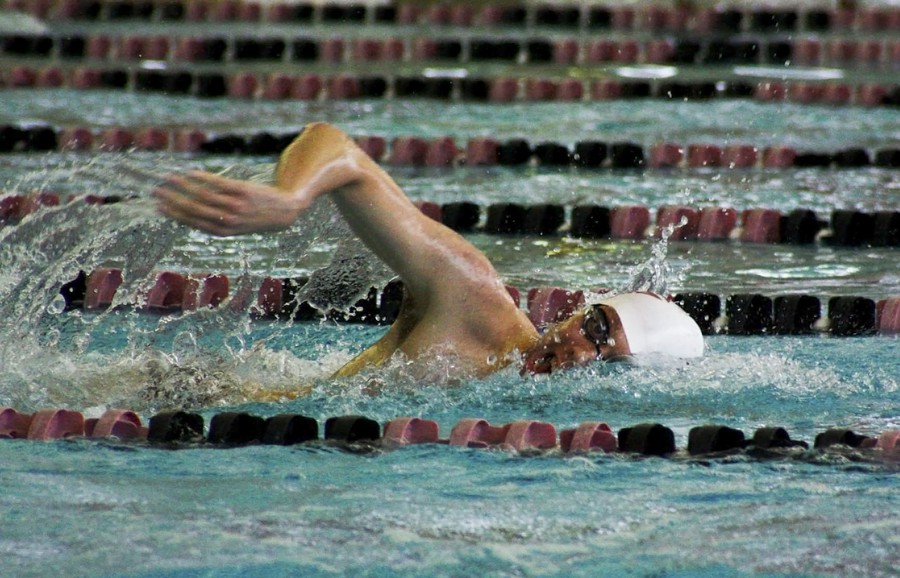 The UAA Swimming and Diving Championships began today at Case Western in Cleveland.

The women are in second place through day two finals with a score of 404 points. Emory leads the pack with 615 points, and Rochester is in third with 349 points.

Third-year Becky Schmidt earned all–UAA honors with a second-place finish in the one-meter diving competition. She missed out on first place by 25.45 points to Kelly Dietz from NYU.

During the preliminary swimming events on the morning of the 16th, Emory dominated the pool. Chicago finished with several third and fourth place finishes.

Today, the Maroons will swim preliminaries in the morning session and finish with finals in the evening. The team will follow the same schedule on Saturday the 18th.

On the men’s side, the Maroons are struggling in Cleveland. Through one day of competition, the team has accumulated one first-place finish, in a lone diving event.

“The prelims sessions have finished and we had good and bad swims,” first-year Andrew Angeles said on Thursday, the first day of men’s competition. “Overall, it was a strong effort and we are looking forward to the next couple of days.”

In Thursday’s swimming finals, the Maroons failed to accrue a single first-place finish. In fact, the highest place a Chicago swimmer or relay team achieved was fourth.

The Maroons’ other fourth-place finish came in the 400-yard IM relay. The team of Gvakharia, Angeles, Aleska, and Hallman lost to teams from Emory, Carnegie Mellon, and Wash U.

As expected, Emory is dominating the competition. Chicago headed into this meet already ceding to the strength of Emory and instead hoping for second place. So far, that dream seems to be playing out well for Chicago. Though they have been lacking in first-place finishes, the team has been placing multiple swimmers in the A heats of many events. Thus, their point total has put them in second place at the end of Thursday’s competition, despite not having a first-place finish in the swimming events.

The Maroons will continue competition in Cleveland on Friday morning. The UAAs will conclude on Saturday evening. Check out live coverage of the events at athletics.case.edu.