Undefeated record to be tested against Depauw, UIC

Women’s tennis (3–0) heads to Greencastle, Indiana to take on DePauw this Friday and will return home to face UIC (3–3) on Saturday at Bally’s in Hyde Park. 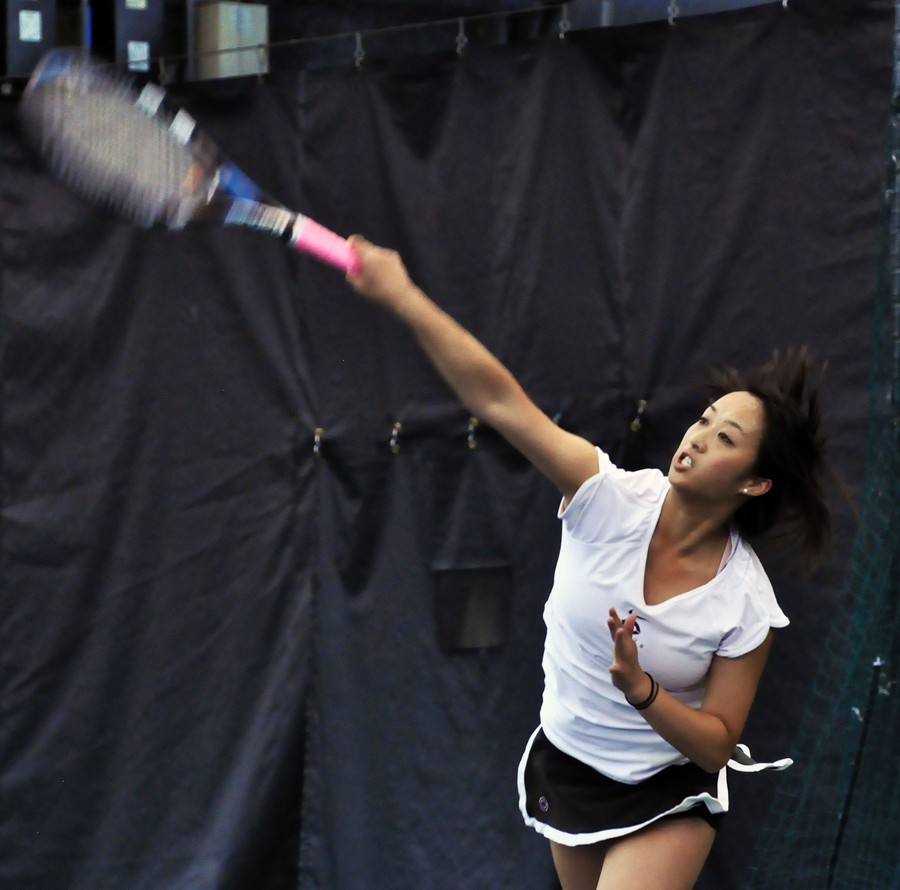 Women’s tennis (3–0) heads to Greencastle, Indiana to take on DePauw this Friday and will return home to face UIC (3–3) on Saturday at Bally’s in Hyde Park.

DePauw is currently ranked 16th in D-III, while the Maroons are ranked fourth.

After defeating Ball State last Saturday, Chicago is ready to take on another D-I team, but UIC will be a difficult opponent. The Maroons have not been very successful in their recent matches against the Flames. Fourth-year Jen Kung said that the Maroons played UIC in her first and second years but lost. First-year Megan Tang said that in a pre-season lineup against UIC, the Maroons had difficulty because they had not had very many practices prior to the beginning of the season.

“UIC is a much stronger D-I team than Ball State, so it’ll be interesting to see how we stack up against them,” Kung said. “We’ve never beaten them before, but I think this year things could be different.”

“We’ve been working hard at improving our doubles, so I believe we have a good chance of winning the doubles point this time. I also think we have enough depth in our singles lineup to give them a hard time. It won’t be easy, but I think we’re capable of beating them this weekend.”

“After winning against Ball State, we feel pretty confident taking on another Division I team,” first-year Megan Tang said. “We will continue to implement what we have been doing in practice to our matches, and if all goes as planned, we should have good results.”

So far, Tang has had an impressive first season with the Maroons. Tang and fourth-year co-captain Carmen Vaca Guzman share the team lead for most wins at three games each. In the match against Ball State last weekend, she and her partner, first-year Kelsey McGillis, had a strong performance.

“Our earlier matches have taught us that being aggressive in doubles is key, as well as a lot of team cheering. Supporting one another with lots of enthusiasm has definitely been a factor in our wins,” Tang said. “Before the ITA championships in March, we hope to improve on our doubles strategies and, overall, improve our individual weaknesses so we can be a solid team throughout the lineup.”