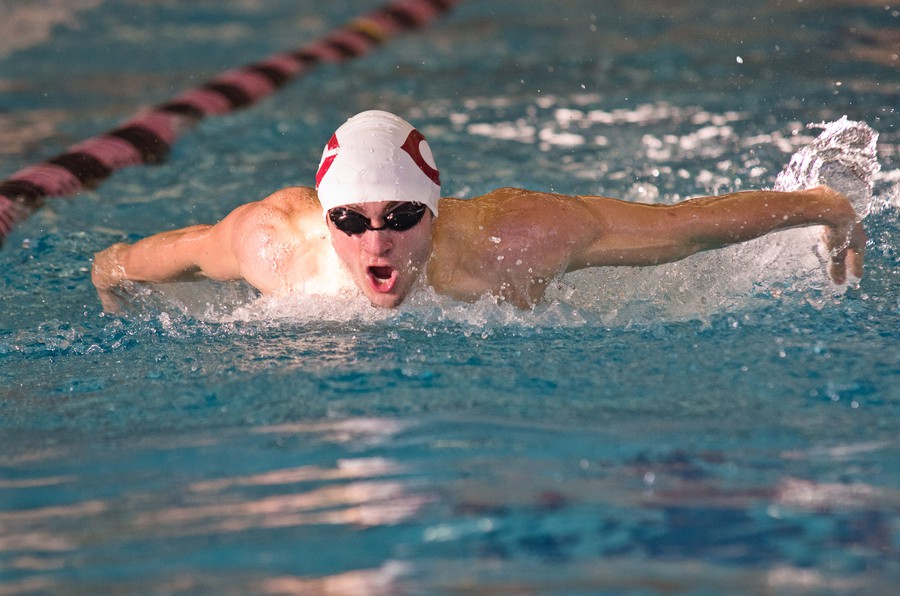 Chicago came in second at the UAA Championships, which concluded over the weekend in Cleveland. The Maroons amassed 1,197 points, placing them well behind Emory’s 1,897. Case Western came in third with 1,153.5 points.

Heading into the meet, the team hoped to place second behind Emory. “[The second-place finish] means the world to me, the holy grail of my experience as a student-athlete,” first-year swimmer George Gvakharia said.

The coaching staff echoed the significance of the finish. “It means so much. This is our best finish in program history,” assistant coach Krista Carlson said.

The work the team put in over the course of the season—from training hard in Florida over winter break to tapering and eating healthily in the week leading up to the UAA Championships—clearly paid off.

“It was a demonstration of all the hard work we put in,” Gvakharia said. “All of us, swimmers at heart, gave it our best, and though we were not the best statistically, we were the best in each other’s eyes.”

The team is not harping on their 700-point loss to Emory, but is instead delighting in having met their team goal of second place, and the team’s mentality cannot be magnified enough.

“Every single person contributed [to the second-place finish],” Carlson said. “We needed every point, every swim, and every dive to place how we did. It was truly a team effort.”

Team effort has been a strength for Chicago from the start, with first-years contributing as frequently as fourth-years. That fact seemed to unite the team and foster camaraderie.

Many school records were broken at the meet. First-year diver Tony Restiano broke the UAA record in the three-meter diving event. Six Maroons in total contributed to breaking UAA records, either individually or as a member of a relay team.

“Tony and Kendra are the perfect choices for diver and diving coach of the year,” Carlson said. “The amount of work they each put in this season and to see it all come to fruition is so rewarding for them as well as the team.”

“They both deserve it and I’m very proud of them and our entire diving squad,” head coach Jason Weber said.

With UAAs over, the team will host an invitational meet this weekend. The next step on the conference and national journey, however, is for individuals and relay teams to qualify for the NCAA D-III Championships on March 21–24 in Indianapolis.

“We do not know 100 percent yet who will be competing at NCAAs, we have to see how the rest of the conferences in the country finish, but we are staying very optimistic,” Carlson said.

Weber had a slightly less positive view of how the UAA results will affect potential NCAA competition.

“As a team effort, we’re happy, but we were hoping for some better individual performances,” Weber said. “We probably won’t have as many swimmers and divers qualifying for NCAAs, but it was great to get second [place].”

Regardless, to get to NCAAs, the team members will try to perpetuate the elements that have been propelling them all season.

“Many of us will try to give the times to enter NCAA,” Gvakharia said, “but we will only achieve it by having a positive mentality and looking forward to making the A-cuts.”

In the meantime, as they await the results, the Maroons will participate in the Midwest Invitational, which promises less pressure than UAAs or NCAAs.

“[It] will be a good meet to finish off the season,” Carlson said.

The Maroons are hoping to use the meet to showcase their entire range of talent.

“Swimmers that didn’t compete at UAAs will swim at this meet, as well as some other swimmers looking to post some faster times to qualify for NCAAs,” Weber said. “[It’s] not a very big meet, but it’s important that we go fast.”

Swimmers that have already qualified for NCAAs as a result of their times at the UAA meet will begin to work even harder over the next week while the rest of the team continues tapering to prepare for the Invitational.

“I am ready to go ahead, and give it 110 percent in order to make the A-cut for NCAAs,” Gvakharia said.

The Maroons will participate in the Midwest Invitational this weekend at Ratner Athletics Center, beginning at 6 p.m. on Friday.