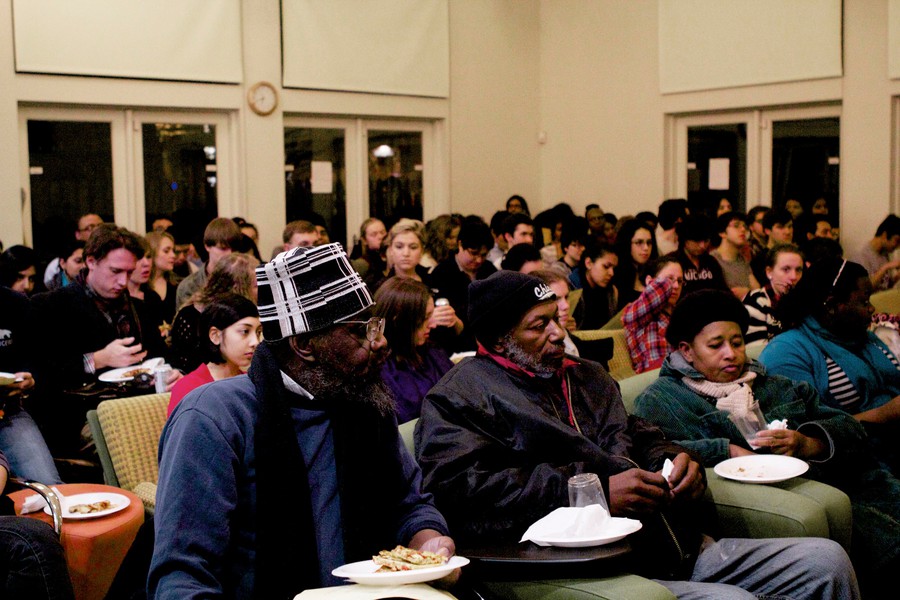 A panel of medical professionals and activists delivered a sobering diagnosis of health and healthcare access in Chicago last night, calling out enduring racial and social divides before an audience of more than 130 students and community members at the Office of Multicultural Student Affairs (OMSA).

Dr. Daniel Johnson, of the University of Chicago Urban Health Initiative, said that a discussion about healthcare actually extends far beyond traditional notions of health.

“In this country, when we talk about health, we usually are making reference to healthcare,” he said. “But health is a very complicated equation. It includes access to services, access to food, access to work. There are so many aspects of health that have nothing to do with healthcare.”

Dr. Ansell emphasized the life-and-death implications of the economic and social gaps in healthcare.

“This is one screwed-up healthcare system, and it’s not going to get better unless we implement systematic changes,” Ansell said. “I don’t call it disparity anymore. It’s a death gap. In Hyde Park, the life expectancy is 83. Guess what it is in Washington Park? Just walk down the street. 64.”

In terms of institutional changes, Ansell, Johnson, and Susan Avila, another panelist and a nurse from Stroger Medical Center, all advocated for the adoption of a single-payer health care system.

11 RSOs sponsored the panel, including Students for Health Equity, OBS, the Asian Students Union, and the Peer Health Exchange (PHE), making it one of the broadest collaborations in recent memory between student and community groups on the issue of healthcare access in the areas surrounding the University.

Second-year Gabrielle Newell, one of the organizers, hopes that attendees left the panel with a sense of urgency.

The issue is more pressing than ever, according to third-year Abdul Dosunmu, president of the Organization of Black Students. The groups collaborated over a five-week period to coordinate the event, Newell said.

“If we are going to engage in a radical reimagining of our health care system, the issue of health disparities has to be at the forefront of that discussion because it really strikes at how equal, how accessible, how colorblind our healthcare system is in the 21st century,” Dosunmu said.

“The panel is addressing the reason we do what we do,” she said. “Peer Health Exchange exists because of the racial disparity.”

Dosunmu emphasized that, despite the racial aspect of the health divide, the issue presses upon people of all types.