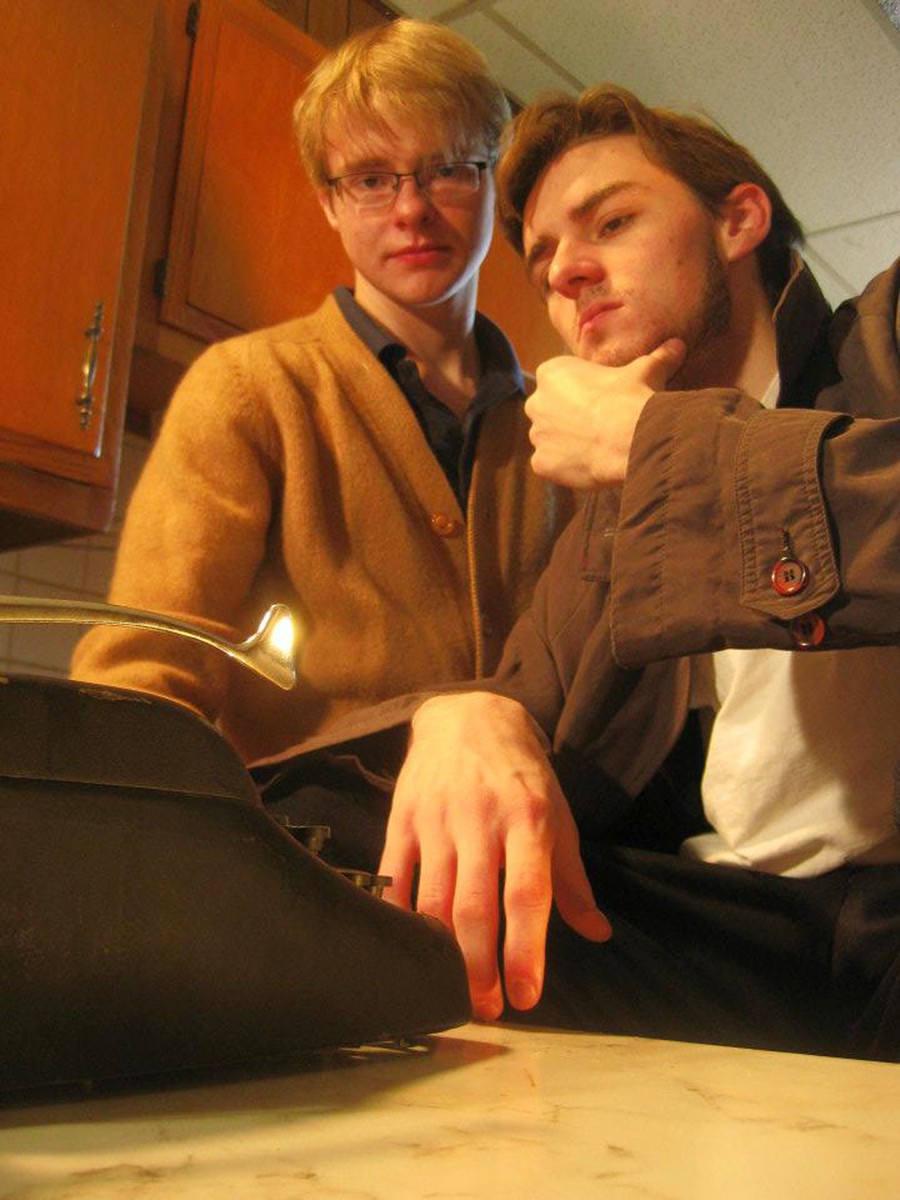 A tale as old as time—the dysfunctional family drama—has gotten hold of Amanda Fink, director of University Theater’s production of True West. “I like very complicated families,” she says with a laugh. “When [UT director] Heidi Coleman told me, ‘Now is the time to direct any show you’ve ever wanted to,’ I immediately said, ‘True West.’” This week, Sam Shepard’s classic work of brotherly love takes a turn for the claustrophobic through Fink’s vision.

Shepard’s masterwork is already full of subtle cues and intimacies, from the rhythm of the prose to the technical specifications. True West uses a classic plot: Two brothers, living under the same roof after years of separation, grow increasingly irritated with one another until they snap. Beside the beauty of Shepard’s writing, which in itself is plenty of reason to see the show, you have extremely compressed violence that explodes like fireworks in a small space and brilliant meta-theatrical plot devices. There’s also the intriguing issue of reality in this play: The plot and the world of the play are real and imaginable, but Shepard creates an intense sense of surrealism. To quote The San Francisco Chronicle: “If that sounds contradictory, you’re on to one aspect of Shepard’s winning genius,” just as Fink is. “The realism is in the service of making the surreal ending work,” she says. And the ending—according to Fink—is love and loss.

Fink wants to find the love in this play- find the love and track it through the dysfunction to arrive at the real sense of loss that Shepard insinuates. She quotes her favorite line from the show—“This is the last time I try to live with people”—to prove that there really is more of a sense of loss between these brothers than there is of hatred. As in reality, fraternal strife can be violent and exacting, and it creates more problems for the individual than it solves. It also creates special problems for the actors portraying these close siblings, especially for Connor Settlemire (playing Lee), who does not have a brother. Andrew Cutler (playing Austin) has helped Settlemire by providing his own family experiences, but notes that because the cast members all know one another offstage, it’s easier to portray the complex onstage relationship. “It’s difficult to tap a shared history as an actor,” Cutler says. To add more difficulty, “we’re playing against type in this show”—Cutler normally plays the “bad” guy and Settlemire plays the “good,” as seen in previous UT productions (Cutler as Lenny in The Homecoming and Settlemire as Horatio in Hamlet.)

Fink is confident about her casting, especially about the counter-type roles. “We called each of them back for both roles,” she says, “but I fully support the way we cast them.” The strain of this brotherly relationship is what holds up the plot for this small cast, and in the beginning of the process Fink was afraid of the size. The intimacy of the show is, of course, what draws one to it, but Fink “feels comfortable” with large casts, such as her Dean’s Men production of Henry V last year. After going through True West, she is “glad she got her hands dirty with the acting” and is confident that the result will be wonderful.

The cast ran a scene as part of this interview. The subtle humor of the play is immediately evident and is handled delicately by the two actors, making the scene entertaining to watch and, underneath the surface, uneasily real. Every prop, every movement, is calculated, but remains entirely natural and integrated with the scene. Shepard’s rhythmic dialogue is also handled delicately. All in all, the scene was a fine mesh of composition, just as a Shepard play should be. Molly Fitzmaurice’s set design is also enticing—extremely intimate in this final UT show in the First Floor Theater of the Reynolds Club, and altogether believable. The audience entrance to the space is enclosed within the set, giving it, as Fink says, “a claustrophobia” that continues throughout the production. “I want everything to be real,” Fink says—and real it is. When the play is done, the stage is a complete mess of real props and set dressings really thrown and really broken, including nine toasters, multiple television sets, and one large typewriter bashed in with a golf club. Real breaking happens, every designer’s nightmare, but here, the specific nightmare of TJ Heins, the intrepid props designer of the heart-heavy and paper-laden the Violet Hour last quarter. Fortunately, Fink says, “My props designer and I are still friends.”