It’s all on the (finish) line at UAA Championship

Chicago travels to The Armory in New York for this weekend’s UAA conference championships. They will face their fiercest competitor—Wash U—along with Emory, Case Western, Carnegie, Rochester, NYU, and Brandeis. 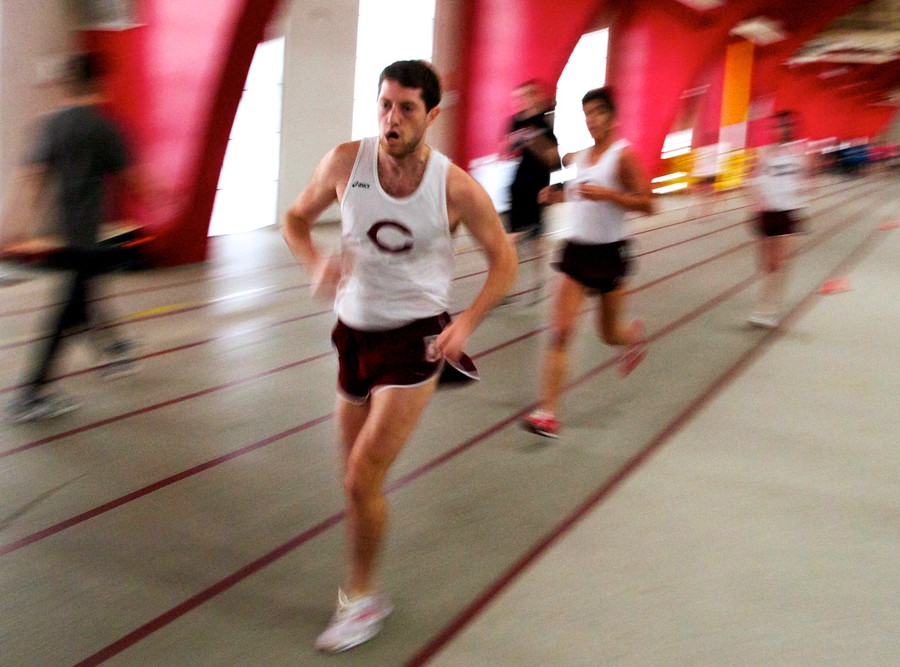 Chicago travels to The Armory in New York for this weekend’s UAA conference championships. They will face their fiercest competitor—Wash U—along with Emory, Case Western, Carnegie, Rochester, NYU, and Brandeis.

“I hope the team performs above their expectations. This is conference, so I’m hoping some people will step up, because it is the championship part of our season. This is what we train for,” third-year distance runner Billy Whitmore said. “Nationals—that’s later. This is the UAA Championship. This is for all the marbles.”

“I think what’s most important is just everyone staying focused and doing their job. I really think we can have a good showing and possibly win this thing,” first-year sprinter Andrew Mandato said. “That’s the main goal, and I think we have a chance to do that.”

It’s an exciting meet, taking place on Saturday and Sunday—the team’s first two-day battle of the season. The last time the UAAs were held at The Armory, everything came down to the home stretch of the final relay. The first and third place teams were only three points apart in the final standings, with Emory claiming the victory.

But the Maroons aren’t at full health. For Chris Hall, the head coach of the Maroons, it’s essential that the team have realistic expectations. And that includes not winning.

“I still think our guys might be capable, if we come back to full strength, of placing as high as second in our conference. But we’re not going to contend, I don’t think, to win it. And that in itself sometimes takes away a little bit of motivation from a group that is used to being in the hunt to win it,” Hall said. “It’s hard to refocus that goal—from going ‘we want to win it,’ to ‘hey, we want to be second.’That’s a big difference.”

“I think that some of those health issues have tempered what our goals might be right now. Realistically, I’m just not convinced that we’re in a position to fight for that conference title, and I think if we try to go after it, that people might start getting disappointed early. But I do think that we can still contend to be in the top two.”

“I’m looking forward to competing against the best in the UAA,” said Whitmore, who has the top 5,000-meter time in the conference. “I really want to compete. I’ve yet to win a UAA title, so it would be really nice to get one at this meet. And I feel like I’ve trained well, I’ve prepared well, and I just want to leave it all out there.

Whitmore added, “I really hope some people surprise us. I really want everyone to have a good race, and I’m looking forward to it. It’s going to be a good weekend.”

“I really think we have a good shot at scoring in a lot of events,” Mandato said. “In big meets, anything can happen, especially at this time of the season where everyone’s going to be peaking. So I think you can expect to see a lot of surprises not just from us, but from the other teams as well.

The grandeur of the host site isn’t lost on the team. Just two weeks ago, The Armory hosted the 105th Millrose Games, the most historic indoor track and field event in the world. And now the members of the UAA have a chance to make their mark, and to cross their soles with those of legends.

“The Armory is the most famous indoor track in the United States. A lot of great distance runners have run there,” Whitmore said. “Just to be able to compete there would be great. It’s a very historic place, and when you go to a place like that, you’ve got to raise your performance.”