One last Bear-fight in season finale 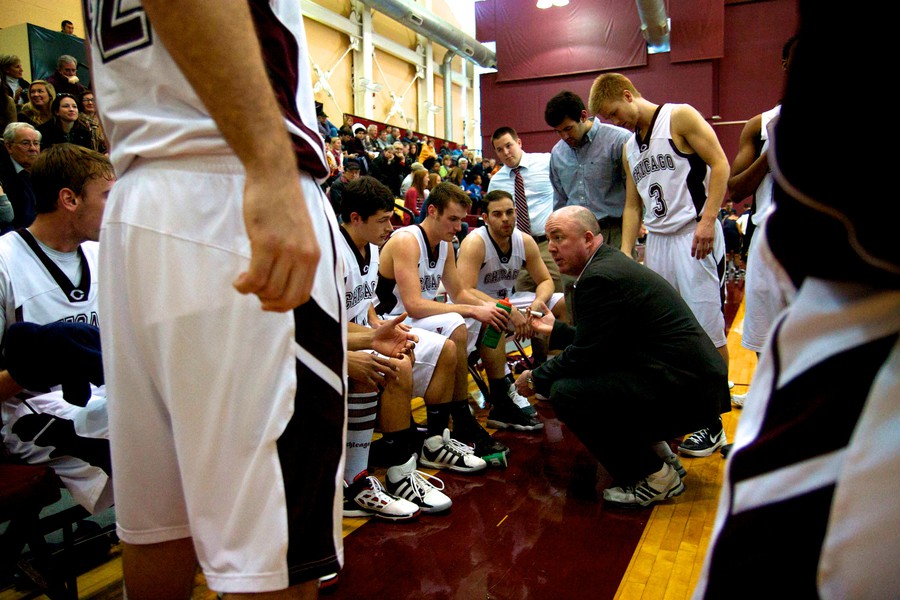 What has been an emphatic four years for seven fourth-years is about to come to a close on Saturday against Wash U (18–6, 10–3 UAA).

Perhaps it is fitting that the Maroons (14–10, 7–6) end their season against their archrival and the new UAA Champions.

“I know our [fourth-years] here on Senior Day are going to really want to leave here with a win.”

While every active fourth-year is expected to see playing time, head coach Mike McGrath said that he will not start five fourth-years.

One fourth-year that is expected to start, however, is guard Matt Johnson. Although the Maroon leads the UAA in points per game with 20.6, his abilities inside of the classroom have also landed him a prestigious honor. Johnson was named to the 2012 Capital One Academic All-America NCAA Division III Men’s Basketball Team.

Johnson’s on-court statistics have been facilitated by his fourth-year teammates, specifically point guard Michael Sustarsic. Sustarsic’s unselfish role as a playmaker has amounted to 66 assists on the season.

The post has been fourth-year forward Steve Stefanou’s territory. Standing at 6’8”, he is feared by opponents for his aggressive play down low. Stefanou has 38 offensive rebounds, and defensively he has 13 blocks and 16 steals on the season.

Unfortunately for the Maroons, there have been many fourth-years that have missed games due to injuries and other unexpected circumstances. Most notably, guard Chase Davis’s season, and therefore his Chicago career, came to a close when he collided knees with an opponent during a contest against Illinois Wesleyan on December 10. Guard Tommy Sotos and forwards Stephen Palmtag and Tom Williams have all recently returned.

With the efforts the fourth-years have put in these past four years, it is easy to understand why McGrath acknowledges the emotion that will be involved against Wash U.

“There are a lot of close and good guys in this group, and we’ve had a lot of fun together,” he said.

Saturday will also be the last time the fans can come out and support the Maroons this season.

“Sending those guys off with a good feeling will be especially nice,” McGrath said.

Ultimately, this game is a chance for Chicago to prove that it is one of the nation’s best teams, even if its record might claim otherwise.

“It’s our last chance to go at it together,” McGrath said. “That’ll be hard, and hopefully that’ll be fun.”

The Maroons tip off at 3 p.m. on Saturday at Ratner Athletics Center.