The show ends for senior septet 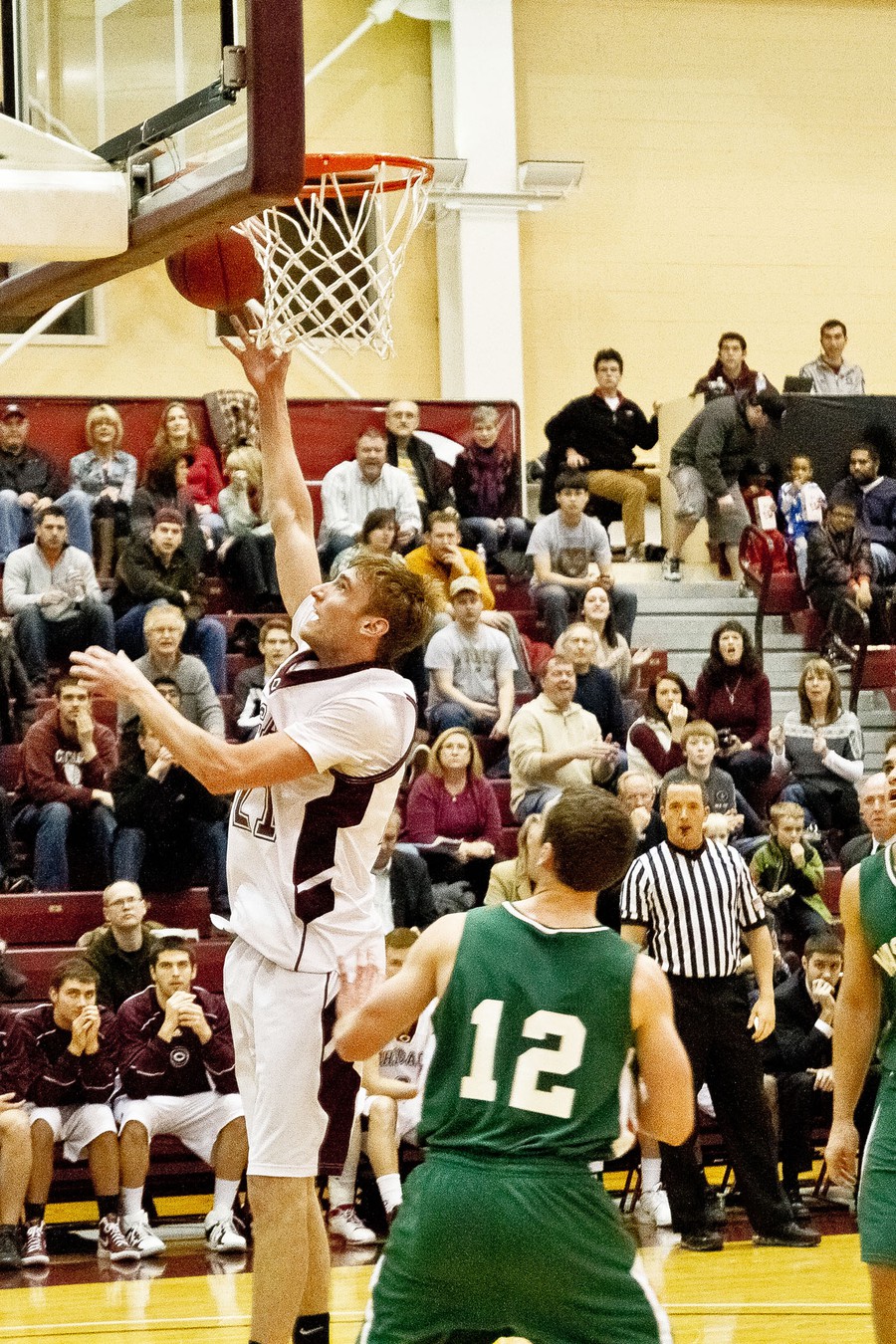 Before the start of every men’s basketball game, with exactly 2:26 left on the clock, Emerson, Lake & Palmer’s song “Karn Evil 9” greets the crowd: “Welcome back my friends, to the show that never ends.”

Despite the loss, the Maroons had a certain confidence during warm-ups that they had not shown before. Even with the game’s lack of tangible implications, players were displaying their creativity through crowd-pleasing dunks.

“I think the guys were pretty charged up,” head coach Mike McGrath said. “I just said, ‘Hey, we talk about playing for each other; lets do that right now.’”

Perhaps it is fitting that fourth-year guard Matt Johnson managed to score two points before the opening tip-off. Wash U received an administrative technical foul, which allowed the Maroon and UAA leading scorer to sink a pair of free throws.

That was as easy as the game got for the Maroons.

“I think it was two teams that really knew each other and kind of slugged it out,” McGrath said.

The only fourth-years playing in the contest were Matt Johnson, Tommy Sotos, Michael Sustarsic, and Tom Williams, due to the unavailability of Chase Davis, Stephen Palmtag, and Steve Stefanou.

The Maroons relied heavily on jump shots, specifically three-pointers. In the first half, Chicago was 5–19 from behind the arc and 10–31 from the field.

“I think we took a lot of jump shots…more than I wanted to,” McGrath said. “Our strength is shooting the basketball.”

Chicago faced a 38–27 deficit going into halftime after receiving some momentum via Sustarsic’s buzzer-beating three-pointer to close the half.

The Maroons were unable to come out with higher shooting numbers in the second half. They shot only 12–30 from the field and 2–10 from behind the arc.

“I think we had some really good looks that didn’t go in, and we just couldn’t keep that ship rolling a little bit,” McGrath said.

Although the Bears shot and made the same amount of shots as the Maroons in the second half, Chicago could not overcome Wash U’s 11-point first-half lead.

“Unfortunately, we didn’t play our best game,” McGrath said. “I’m not sure Wash U played [its] best game [either].”

Johnson finished with 11 points on the day, shooting 4–14 from the field, well below his 20.2 points per game average for the season. Williams paced the Maroons with 14 points and third-year forward Matt MacKenzie contributed 11 points.

But the day was not about winning or losing. It was about the fourth-years going in front of their home crowd one last time.

While the Maroons hope to win a championship next year, the fourth-years were an instrumental part of this season’s team.