Students joined several South Side activists to celebrate their occupation and renovation of a single family home. 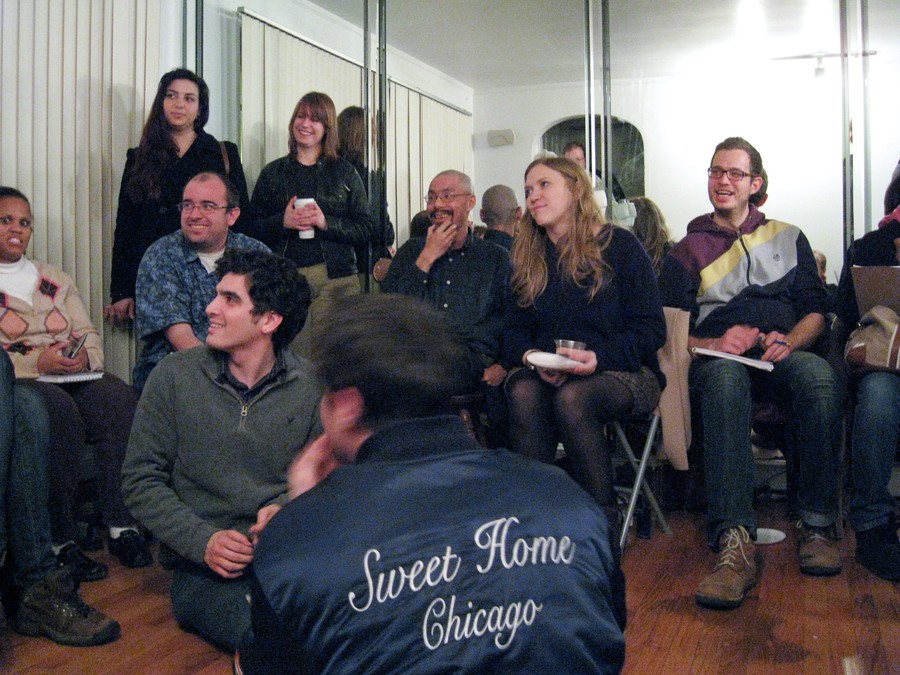 Forget Wall Street. Students joined numerous South Side community activists at a teach-in Wednesday night to discuss and celebrate their occupation and renovation of a place much smaller than Zuccotti Park: a single family home.

Members of the University’s Southside Solidarity Network (SSN) convened in the living room of the house with leaders from Liberate the South Side, an ad hoc organization aimed at bringing the Occupy movement closer to home by placing displaced Chicago families into foreclosed houses.

According to Shani Smith, a member of both Liberate and Southsiders Organized for Unity and Liberation (SOUL), a grassroots social justice empowerment organization that works closely with SSN and Liberate, SOUL specifically targets foreclosed homes because of the extent to which the negative effects of foreclosures can weaken the surrounding neighborhood.

“We were looking for homes that the bank owned and that basically are a blight on the community. We wanted these homes that are eyesores, that the neighbors didn’t want to be a part of the community any longer,” Smith said. “It really takes a toll not only on the people who were removed from their homes, but also the community,” she added.

The occupied single-family brick house is about 30 blocks south of the University in the Calumet Heights neighborhood, and has been vacant for the past two years after HSBC terminated its mortgage.

The teach-in offered around 30 attendants a forum through which they could reflect on the “home liberation” journey, which involved locating and renovating the house, gaining support from neighbors, and identifying a suitable family to resettle the house. The entire process culminated in the physical reoccupation of the home on January 19 by Shani Smith’s sister Tene Smith, a single working mother of four.

Liberate’s financial resources limit the group’s involvement to homes with only light renovation needs, and the Calumet project was often hampered by a lack of approval from neighbors, although the group was able to succeed with the help of supporters across the South Side.

“We had so many people just working around the clock for two weeks to get this home in move-in condition…The furnace and water heater were donated, and a lot of the work was donated,” Smith said.

Ultimately, Tene Smith, whose family was displaced for the past three years, welcomed the opportunity to settle down and start over.

“We’ve adjusted to it quite a bit. We love it,” Smith said.

“This was a grand opportunity for her to truly get a fresh start.... The kids are really appreciative because now they have a little bit more space.... They can come home and do their homework,” Shadi Smith added. “She’s really attached to it. She loves the independence.”

First-year SSN member Emma LaBounty highlighted the importance of being aware of the communities outside of the “U of C bubble” and the issues that affect them.

“There are neighborhoods around the U of C where most students have never been...but the U of C is situated in a broader community that we can engage and learn about and definitely link these sorts of struggles with the conversations that students have about the economy,” LaBounty said.

LaBounty also believes this campaign gives credence to the notion of bank accountability by giving a face to issues that are often discounted.

“Once you actually talk to people face to face, it’s a lot harder to maintain the sense of complicity that comes when you complain about the individuals, and when you realize that there’s a structural crisis and look on maps, and these maps are dotted off by foreclosures, it’s hard to talk about stupid individuals making stupid individual decisions,” she said.