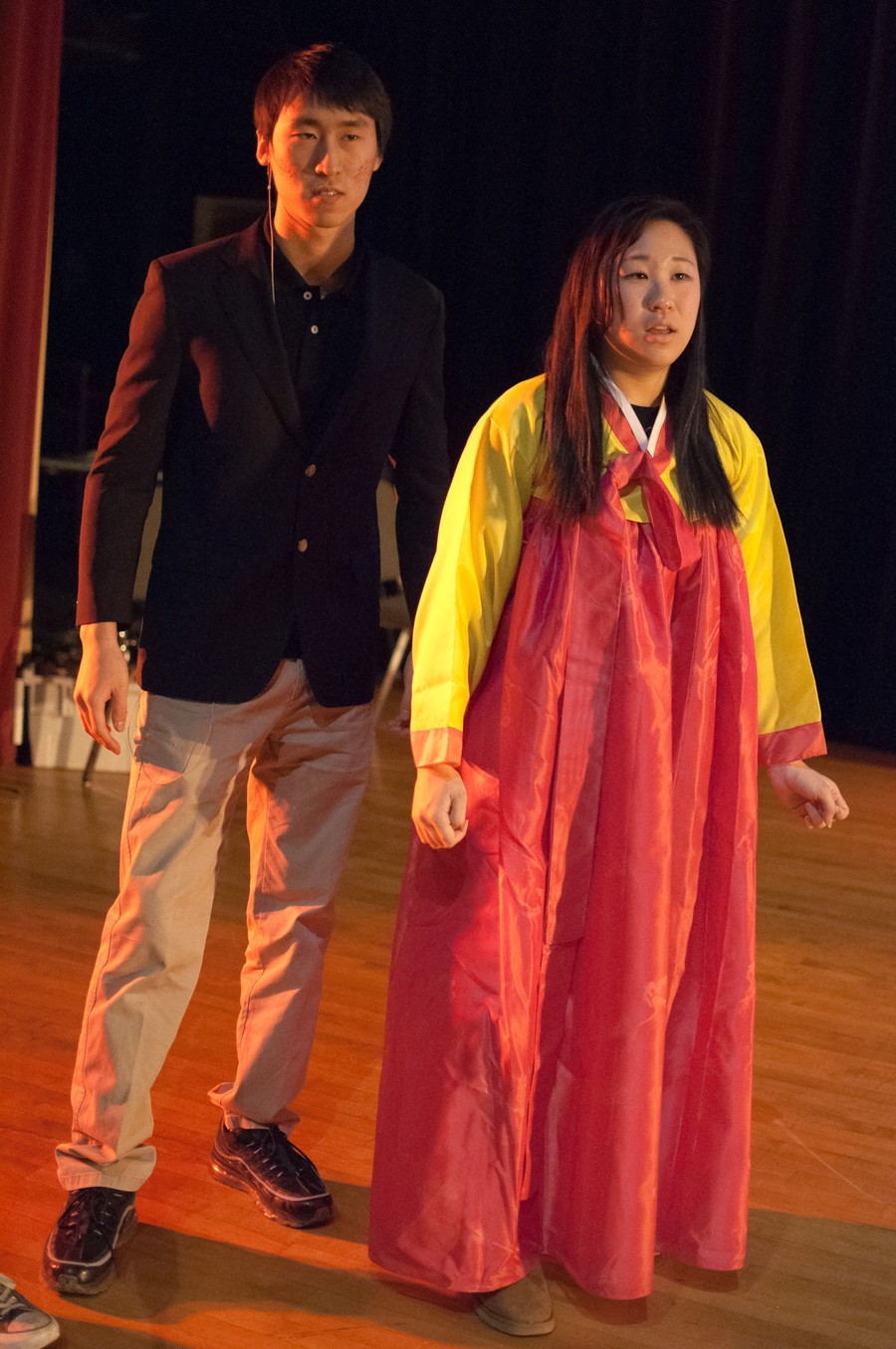 This is the first in an ongoing series highlighting different arts and cultural RSO; if you are interested in having your RSOs featured, contact us at arts@chicagomaroon.com

It could be the premise of a really lame, possibly offensive joke: Two Koreans sit in a bar.... But it’s actually one of the first scenes of The Secret Garden, the Korean Students Organization’s (KSO) annual culture show, which is set to debut tomorrow in Mandel Hall.

First-year Henry Han saunters onto the stage. Kim and Cho get up, and they all greet each other. After some brisk chitchat, Han makes an announcement: “I’m going to join the army.”

“What?” Kim and Cho exclaim in mock astonishment.

“Cut!” yells Maria Chung, a fourth-year econ major sitting in the empty auditorium. “You guys have to be shocked.”

They run the scene again.

Cho and Kim literally fall out of their chairs. Chung’s laughter vouches for the quality of the scene.

Founded in 1976, KSO has a pretty self -explanatory mission: to represent the Korean campus community and “bring together those who have a common interest in Korean culture through social activities.” Though it only has 13 board members, it has a strong campus presence, with about 100 students somehow involved in the organization, according to the RSO’s website.

The culture show is KSO’s signature event; they were actually the first organization to put on a culture show back in 1980, creating a campus tradition that virtually every other cultural RSO has since emulated.

An amalgamation of scripted drama and traditional Korean music and dance, the culture show tends to garner a healthy audience. “It’s a chance for people to socialize, meet other Koreans, learn Korean music or culture,” Chung, current president of KSO, explains. “We also try to bring awareness.” This year, for example, the culture show writers, Jason Kang, Eric Cho, Christine Chae, and Chung, decided to set their play in Kaesong Industrial Region, a special economic zone in North Korea that allows South Korean companies to work there. “We figured that a lot of people, even Koreans, don’t know about that place and we just thought that it’s a really interesting setting,” Chung explains.

Turnout for the KSO culture show has typically been high. KSO recently moved their shows to Mandel Hall, and Chung expects between 300 to 350 people to attend this year.”We also have Koreans coming from the suburbs like high school and middle school students and second- generation students who don’t know a lot about Korean culture,” Chung says.

But while KSO has attracted a lot of local Korean attention, they haven’t always been great at encouraging non-Koreans to participate in the organization. It’s a sticking point for many cultural RSOs centered around a particular ethnic group, and naturally, KSO is not immune. “Anyone who’s interested in Korean culture can become part of KSO,” Kang says, “but the fact is, because we are so tightly knit, we definitely come off as very exclusive in a way. That’s something that we’ve been trying to tackle for quite a while.”

These issues aside, most of the young cast (the vast majority of the 15 -member acting ensemble is made up of first-years) are just excited to be there.

For lead actors Henry Han and Kimberly Han (no relation), the experience has been both enjoyable and stress-inducing. “I think it’s been really fun. It is stressful because the time commitment is pretty huge, but at the same time it’s fun, and it’s not academic,” Kimberly says. When asked what he considered to be the hardest scene, Henry Han says, “Pretty much every scene, because I don’t have any acting experience.”

Still, the culture show has been most helpful in one major regard: member retention. The KSO culture show has become an excellent way to attract new members. “All the lead actors are primarily first -years, so that next year, the first- years will become the new directors, and they’ll have a sense of which way to go, so we sort of have a tradition of passing this on,” Kang explains.

Henry Han calls this process by another name: “Hazing,” he says with a playful grin.