Though entertaining, Hollywood sentimentality brings down 'The Grey' 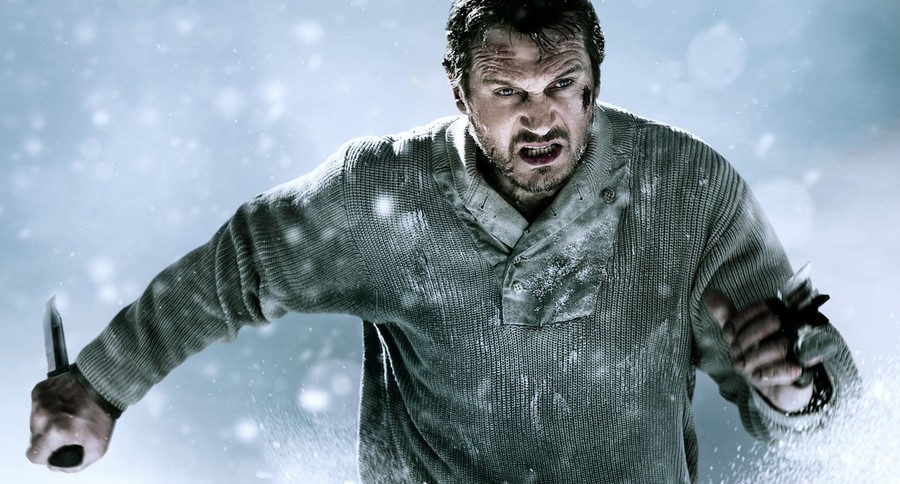 The Grey is a lot of things: action -packed, suspenseful, interesting, original—all components of an exceptional film. Unfortunately, it descends into a preachy mess, becoming a case study of what happens when a movie tries to be something it is not.

The Grey starts out promising enough. A depressed John Ottway (Liam Neeson) earns his pay by killing wolves that threaten an oil drill team. If that isn’t badass enough, on a flight to Anchorage, the drill team’s plane goes down and they must fend for themselves against lingering injuries, extreme cold, and a vengeful pack of ravenous wolves. This film has all the promise and bite of an action blockbuster, but regrettably only delivers in parts, though intriguing ones.

The Grey is enjoyable though, and the acting is stellar. Liam Neeson commands the screen with an iron grit and melancholy charm like only Liam Neeson can. Other survivors include disgruntled Diaz (Frank Grillo), soulful Talgot (Dermot Mulroney), kind Burke (Nonso Anozie) and annoyingly pathetic Hendrick (Dallas Roberts), whose performance unfortunately mars the otherwise excellent cast.

Director Joe Carnahan (Smokin’ Aces, The A-Team) performs adequately, shooting the social interactions with patience and consistency, fleshing out emotions and allowing individual characters to blossom and the audience to care.

But the action scenes, ones you would imagine Carnahan would excel in given his body of work, are often muddled and incomprehensible. Wolves’ fur and human skin intermingle in a rapidly shot medley of blurred chaos. Luckily these scenes don’t last long and an appropriate amount of time is given to the characters and their development. The script, written by Carnahan and Ian Mackenzie Jeffers (based on his short story “Ghost Walker”) is fresh most of the time. Dialogue is witty, tragic, believable and original; all the traits of an exceptional screenplay.

What destroys The Grey, though, is its indecision as a movie. It meanders, stuck in limbo between pure entertainment and a religious quest for the meaning of human existence. At moments when human triumph seems inevitable, awkward lamentations and cries to God bog down the film. A questionable ending clears up some intent but not before the damage is already done. A purely entertaining film would pit Neeson and his motley crew of survivors against bloodthirsty wolves with humankind ultimately prevailing in a feel-good ending that only blockbuster Hollywood can deliver. A sobering drama would have Neeson and company slowly realize their inevitable death and succumb to the cold. Carnahan doesn’t choose either scenario, and ultimately the film pays the price.

The elements of sentimentality don’t work in The Grey because of the movie’s tortuously glaring plot holes. Usually plot holes don’t bother me because the probability of most film plots actually occurring is practically zero (let’s be honest). I don’t mind when unrealistic movies utilize their far-fetched premises to create wild, fantastical adventures, but here I must call The Grey out. When the film raises realistic and fundamental questions, it is impossible for them to be answered truthfully without a more realistic plot. The idea that a pack of wolves would relentlessly stalk these poor survivors, slowly picking them off, is too ludicrous to be believed (not too mention the other dozen improbabilities). Spending 10 minutes trying to justify the wolves’ existence ruins the fantasy. Either have the wolves without laborious explanation, or don’t have them at all.

I am being harsh though. When a film gets you to care about its characters it deserves some accolades. There’s plenty of suspense and the cast is powerful. In these regards The Grey succeeds. I am used to Hollywood disappointing me; The Grey is no exception, but at least you can expect a  fun ride.