Once a Qaddafi captive, a reporter shares an odyssey

In an Uncommon Interview, freelance journalist Clare Gillis (A.B. '98) reflects on her capture by Qaddafi loyalists, the death of a colleague, and the "it" moment of writing great stories. 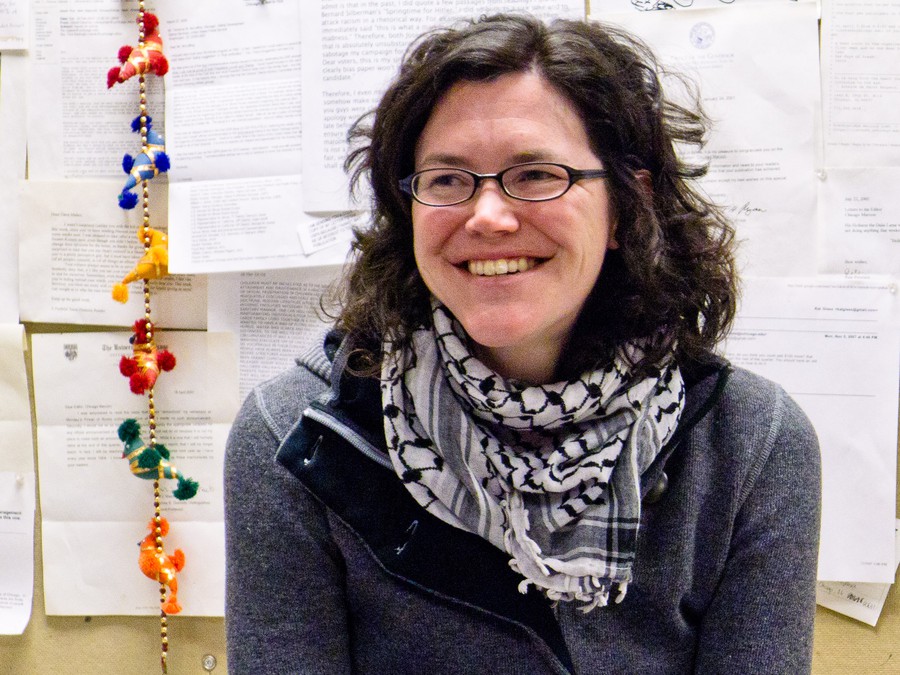 Clare Gillis (A.B. ’98) was one of three journalists captured and detained in a military prison for 44 days last spring by the forces of Libya’s ruler Muammar Qaddafi. Gillis sat down with the Maroon to discuss her time in prison, her investigation into the death of fellow reporter Anton Hammerl, and her return to the U.S. Gillis also will give a Maroon-sponsored talk tonight at 6 p.m. in Ida Noyes.

Chicago Maroon: You’ve wanted a search for the body for Anton Hammerl, who was killed when you, Manu Brabo, and James Foley were captured. What is happening with that?

CG: James Foley and I have already made efforts to locate Anton. We went back to the site where we were captured and we looked around for clues or something. But it was kind of just to firm up the geography in our minds, because of course after five months in the desert, it’s wind and sand moving all around.

It was a very frustrating experience because things look different when you’re not thinking that you’re going to die, basically.

The big problem in Libya right now is that there are mass graves which are continuing to being discovered along the coastal road between Ajdabiya and Bin Jawad, definitely hundreds, possibly thousands of missing people. We just don’t know where he is in there.

We’re planning to return in the spring. I’m going back right now on the February 17th anniversary, or planning to, assuming that I get the visa. I’m planning to go back in April, and the current plan is for me, James, Manu, and [Hammerl’s wife] Penny to all work together. Other than looking through all the mass graves, which we really can’t do personally, what we can do is just investigate.

There are ways to find out who were the soldiers working the front lines that day, who was it who shot him and captured us. They could be dead now, they could be in prison, they could have fled, they could just be keeping a low profile, but guaranteed we can find something this way. We find somebody who knows who they are. We’re in it to win it.

CM: What has it been like to return to the U.S. after your detainment?

CG: This is something I wanted to give you guys because nobody ever asks this except for one very obnoxious person on the BBC. He was like “Oh you know do you have PTSD? Did you go to therapy? I was like you know I don’t have any signs of PTSD. And you know, I have talked to a number of psychiatrists and I have done a lot of research on this kind of thing. One of the things that I’ve learned is that PTSD is fundamentally about the inability to move beyond the particular moment where you could have done something different that would have led to a different result.

I think one of the things that drew me to history and journalism is just a commitment to, and a respect for, things that did happen. This is something that’s made me resistant to this kind of syndrome that comes out of some kind of traumatic event.

I got really fascinated by the idea that, because of 100 meters, we wound up—instead of being back in Benghazi that night in our own beds­­—1,000 kilometers away in the capitol of the country. That fascinated me, but it’s never plagued me.

I’m perfectly happy to say it—I did consult with a professional—because I think it’s basically an issue of responsibility. It’s a dangerous job, the physical dangers we’ve all been talking about are really well known. And you take specific steps to deal with that, like get a flak vest, get a helmet, take a hostile environment class, and people are starting to understand more about the emotional risks of the job.

CM: What are the moments when you’re doing your job and you really think to yourself, “This is what’s right for me, this is the job that I want, this is the work that I want to devote my life to?”

CG: One of the moments that I had in the first article that I ran in The Atlantic, I’d gone down to Brega to interview soldiers. It wasn’t actually a front line piece—it was soldiers talking about how they had taken a city earlier that day. There was this one guy who was a 28-year-old blacksmith, and he said, “You know, I shot a weapon for the first time today, it’s a huge responsibility to take a human life, I think about it very much.” And he said that he picked up the AK that he was using from a dead mercenary, he just picked it up off him the night that this big military complex in Benghazi was taken.

And the whole time that he was talking to me about this, he was just taking the clip out and putting it back in, and just fascinated by this instrument that he was suddenly wielding. He was like, “I shot it for the first time today, never held a gun before.” You feel like you’re seeing something that’s really a moment of great personal change. And you happen to be in the place and time to see that guy reflect on what the meaning of that is.

That’s one type of moment, that’s in the field. The other type of moment is something that I feel equally—or I felt equally when I was doing more academic stuff—just writing. If you’re a writer, you know when you’ve got it. You know when you don’t got it. But when you’ve got it, like when you’ve been working really hard, and the thing is just falling together, and you’re kind of massaging it into place—that’s the other time that I feel like, “Yeah, I was born to do this.”