If Shakespeare be a labor of love, play on 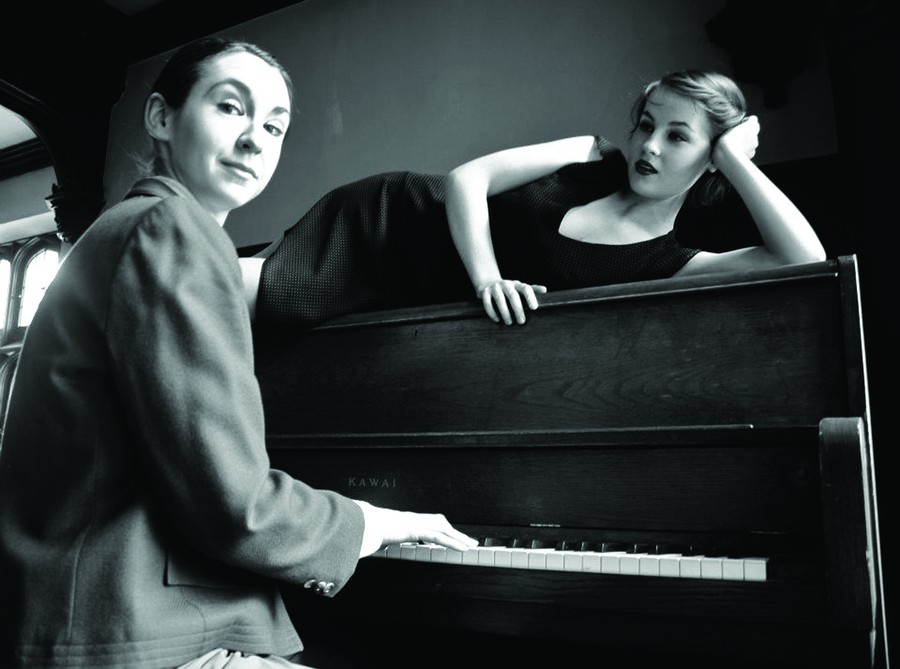 Two years ago, fourth-year Annie Considine suggested University Theater put on a production of Twelfth Night. Her proposition was rejected, but she said the initial denial was a “blessing in disguise,” as it allowed her to look at the script more extensively before assuming the role of director this quarter.

The Dean’s Men, an RSO that exclusively puts on Shakespeare productions, will be performing Twelfth Night in conjunction with University Theater. Popular past Dean’s Men productions include a post-apocalyptic rendition of Henry IV, Much Ado About Top Gun, and a version of Hamlet that revolved around the tragic events of 9/11.

Normally set on the utopian island of Illyria, Twelfth Night is a comedy that most literary critics believe Shakespeare wrote for the Twelfth Night Festival. The play largely deals with the themes of mistaken identity, love, friendship, and gender roles, as twins Viola (Erin Kelsey) and Sebastian (Chris Deakin) find themselves shipwrecked and separated from one another after a tumultuous storm.

Sebastian searches for his lost sister along the Illyrian coast with his closest friend and sole companion Antonio (Adam Rosenthal). Meanwhile, fearing that her brother is dead, Viola decides to disguise herself as a man in order to join nobleman Orsino’s (Graham Albachten) court. Disguised as Cesario, Viola quickly wins Orsino’s heart, despite his infatuation with Lady Olivia (Xan Belzley) early in the play. Viola’s disturbance of the sleepy kingdom of Illyria sets off a series of potentially disastrous character attractions because of her mistaken identity.

Fourth-year Erin Kelsey said that Twelfth Night is one of her favorite plays: She first fell in love with it at the age of 14 and has hoped to play Viola ever since. Though she is no stranger to the Dean’s Men, this will be her first time playing a major female character in one of their Shakespearean productions.

“The joke is that because I’ve played so many male roles during my time with the Dean’s Men…this role as Viola is just an extension of my past characters,” Kelsey said.

Both Albachten and Kelsey said that they hoped to make the inevitable attraction between Viola and Orsino as clear as possible to the audience.

“Usually when I see Twelfth Night, I am unsatisfied because Orsino’s and Cesario’s relationship is not approached in a serious way. The whole point of the play is that Orsino and Viola need to be together, and I would like to make that clear early on,” Albachten said.

Fourth-year Tom Murphy, who directed UT’s production of Henry IV last quarter, said that he is looking forward to get back to acting with his role as Malvolio, a pompous steward and one of the play’s many comic relief characters.

“Malvolio is the only one who is standing up to these people so interested in love, reminding them that there are more important things to life than just making merry. But another fun aspect of [Malvolio’s character] is that his stewardship, self-indulgence helps undo himself,” Murphy said.

Keeping in line with the Dean’s Men’s tradition of changing the usual setting of the Shakespeare plays they produce, Considine decided to give this play the more definite setting of a Mediterranean island during the 1940s.

“What I like about Illyria is that it is an encapsulating paradise amid a sea of turmoil, and I chose the 1940s specifically because that was a tumultuous time in Europe, and I wanted the audience to get that contrast more easily,” Considine said.

The costumes consist mostly of pseudo-military outfits, and in the words of Albachten, other “slick” apparel. The main set piece will be a four-piece gazebo on wheels. In addition, the production will include plenty of singing and live music.

Considine also said that she strategically cut the script in order to best display certain aspects of the characters that are typically less obvious.

“For this production, character instruction has been a very intimate process because it involves providing characters with background, history, and blocking techniques,” Considine said.

“This production is really fun. What really distinguishes this one is that it has a lot of heart. We’re definitely not cheating the serious moments because this play is not just funny: It’s a good story, and we have an incredible cast,” said Albachten.