Great Scot! Maroons host Monmouth in first round of NCAAs

The Maroons enter the playoffs as the favorite to win their half of the bracket, a stark contrast to a year ago when they were largely an unknown entity. 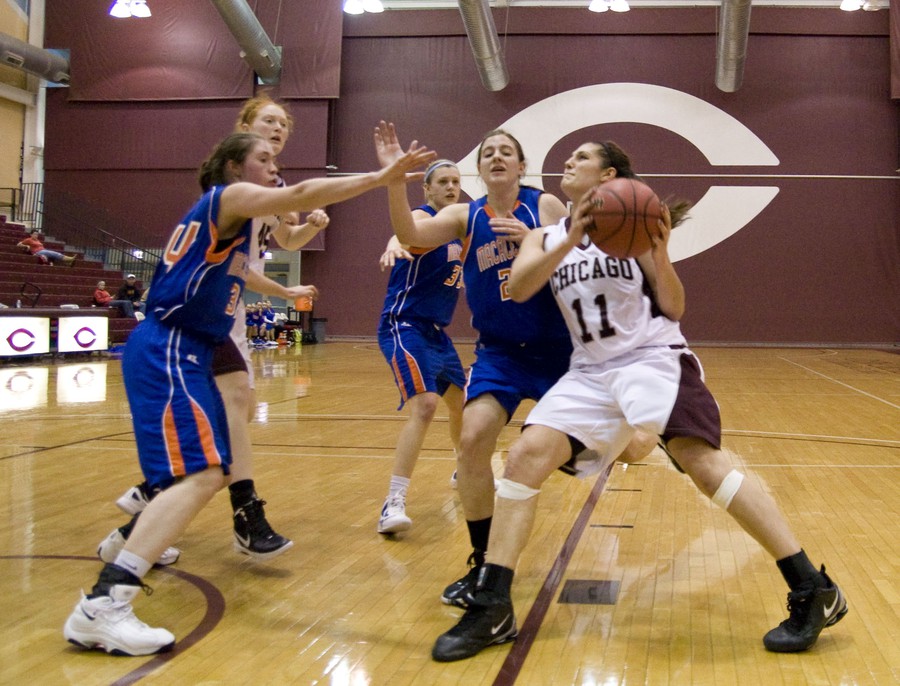 March has finally swung around, and that can only mean one thing: The NCAA college basketball playoffs, also known as March Madness, are here. The Maroons enter the playoffs as the favorite to win their half of the bracket, a stark contrast to a year ago when they were largely an unknown entity.

“This year we have a target on our back,” fourth-year forward Meghan Herrick said. “We all want redemption for last [year’s loss to Wash U], so expectations are high, but I believe we can reach such expectations.”

Even a student body usually apathetic toward sports has gotten involved. At last weekend’s Wash U game, more than 1,500 fans showed up to watch Chicago play—a 25-percent increase from the same game last year. Chicago will host the first and second rounds this weekend, its reward for going undefeated and being the top-ranked team in its quarter of the bracket. If Chicago wins both games this weekend, there is also a chance it could host next weekend’s games as well.

“I’m very, very happy for [Morgan],” head coach Aaron Roussell said. “She more than deserved it, after a lot of hard work and battling through injuries. It paid off and I’m glad to see that she’s been rewarded.”

Chicago will play Monmouth on Friday. The Fighting Scots have had a successful year, going 16–9 over the course of the regular season. Head coach Melissa Bittner was recently named 2011–12 Midwest Conference Coach of the Year. The Fighting Scots are an efficient shooting squad, posting a 45-percent mark from the field and 35 percent from beyond the arc. Their offense is led by fourth-year guard Haley Jones, fourth-year forward Marla Willard, and third-year forward Zipporah Williams, each of whom averages 11 or more points per game. According to Halfhill, the Maroons’ game plan isn’t about to change now that they’re entering postseason play.

Monmouth will have to find a way to match up with a much bigger Chicago squad, as the Fighting Scots don’t have a single six-footer on their roster. Chicago has two in its starting five.

“I think that’s something that’s been an advantage of ours all season long,” Roussell said. “ I feel like even against teams we don’t have a height advantage against, they have to defend our post players. I tell [them] all the time, ‘You’re not here because you’re big, you’re here because you’re athletic.’”

If there’s a knock on this Chicago team, it’s that it’s been almost too good and has yet to experience a really close, back-and-forth game. Aside from some early scares, Chicago has decimated almost every team it’s played so far this season and has won, on average, by almost 20 points per game.

“It’s always an uncomfortable position to be behind, so hopefully we will not have to worry about such a situation,” Meghan Herrick said. “If we do get caught being down, our team digs deep and grinds it out.”

“I feel like our kids have been really motivated,” Roussell said. “There’s just a focus that they get when they’re down and the game’s on the line. I think we’re going to be prepared for it.”

The game tips off at 8 p.m. tonight at the Gerald Ratner Athletic Center. If the Maroons win, they’ll play the winner of Simpson vs. UW-Eau Claire on Saturday at 7 p.m.