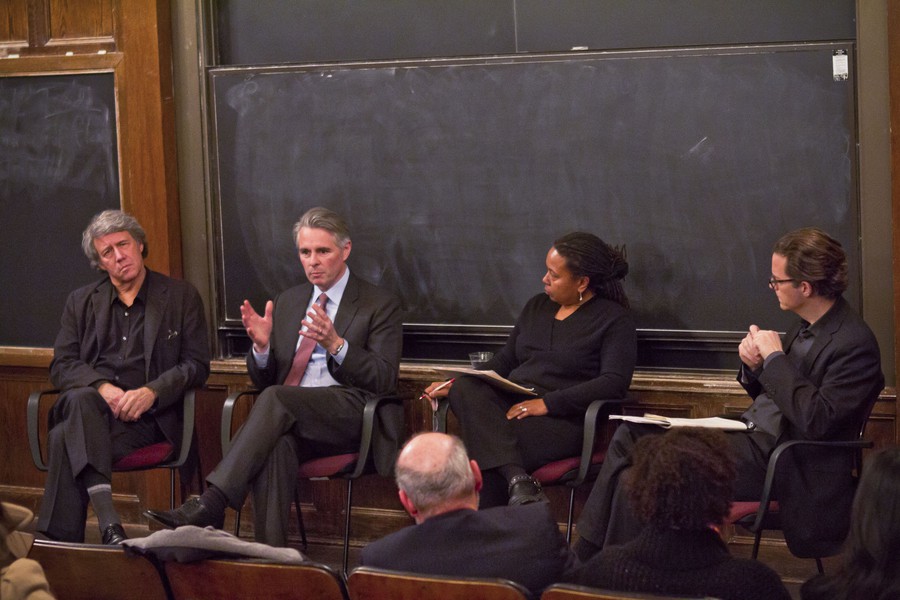 Faculty from the Law School and the College and a high-ranking University administrator took opposing but measured stances on the University’s continued invocation of the Kalven report at an SG-sponsored open forum Wednesday night in the Social Sciences building.

For more than an hour, audience members examined the 45-year-old document, presenting the forum’s four panelists with hypothetical situations on which the report’s doctrine of political neutrality might have an effect.

Executive Vice President of the University David Greene defended the document, attributing to its ideas a growing culture of pluralism on campus.

“Something is very different in the University,” Greene said. “There is a lot of tolerance for ideas across the spectrum. I think it is really important not to ignore that and not to take it for granted. It is much of the Kalven report that has played some positive effects in ensuring that [tolerance] continues.”

Political science professor Cathy Cohen joined Greene in claiming that the report protects intellectual freedom on campus. However, she said, “The University has multiple missions and roles. There are ways that the University acts as corporate actor. The Kalven report doesn’t give us much guidance or helpful guidance about how to act as a corporate entity.”

The complications that arise at the intersection of politics, academics, and the University’s corporate dealings have been at the forefront of student criticism in recent years, culminating in repeated demands for a Socially Responsible Investment Committee.

Other panelists were more direct in expressing their reservations about the document.

Chair of the Political Science Department Bernard Harcourt complained that, in many instances, the Kalven report actually cuts short the conversation, being called upon too often as a catch all response to legitimate concerns about complicated ethical dilemmas.

“Nothing is neutral, and there’s no way to be neutral,” he said. “I’m frustrated when the issue often comes to the Kalven report, instead of trying to figure out how to create something that we can all feel is a proper reflection of our community.”

Law School professor and former provost Geoffrey Stone, in his concluding remarks, voiced caution about the University’s ongoing reliance on the document, even as he seemed to agree with Greene.

“It structures the conversations for the University. It promotes debate. It doesn’t stifle debate. But it runs great risks in damaging the long-term culture of the institution,” he said.