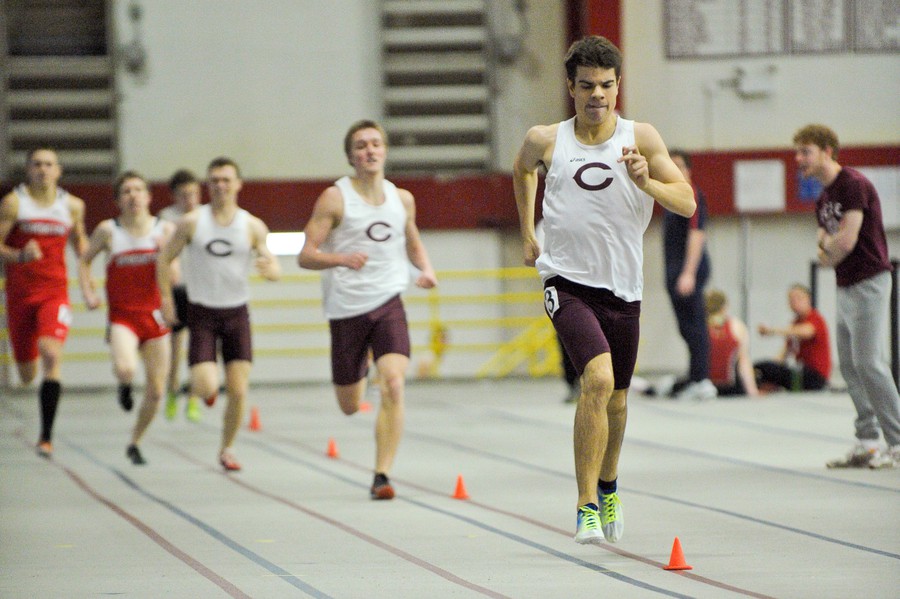 Tonight in Naperville, IL, home of top-ranked North Central, the indoor season ends for almost the entire men’s team—and for everyone who’s competing.

Chris Hall’s staff has decided to rest third-year Billy Whitmore, whose qualifying times have placed him, at this point, in a position to compete at Nationals.

“It was a very difficult decision. In the end we decided, you know, right now, if the National meet were this weekend, he’d be in it,” Hall said. “There’s a chance he’ll get bumped out by sitting back and not competing, but in the end, the feeling was he had a better opportunity at the National meet if he’s out this weekend.”

For the rest of the team, the Last Chance Meet is a chance to conclude indoors with a strong performance.

“It’s always nice to end the season on a high note,” first-year Renat Zalov said. “So I think if I do well, it’s just going to carry over to the outdoor season as well.”

It’s also an opportunity for athletes to test out new events.

“The last two weeks have been all about team goals. This is a little bit more about, ‘Hey, I’ve always wanted to try this event,’ or, ‘I want to try approaching it in a different way,’” Hall said. “It’s more for them.”

As a result, during practice there has been a lot of focus on recovery, as well as the upcoming outdoor season. That, for the most part, has been the truth for runners not named Whitmore.

“It’s been a really light week,” assistant head coach Laurie McElroy said. “It’s definitely a transition week for most of us.”

Still, the spirit of competition is alive—different, perhaps tamed, but vibrant.