With all the hype these high school seniors are receiving, they are still developing, and Monday night served as a reminder. 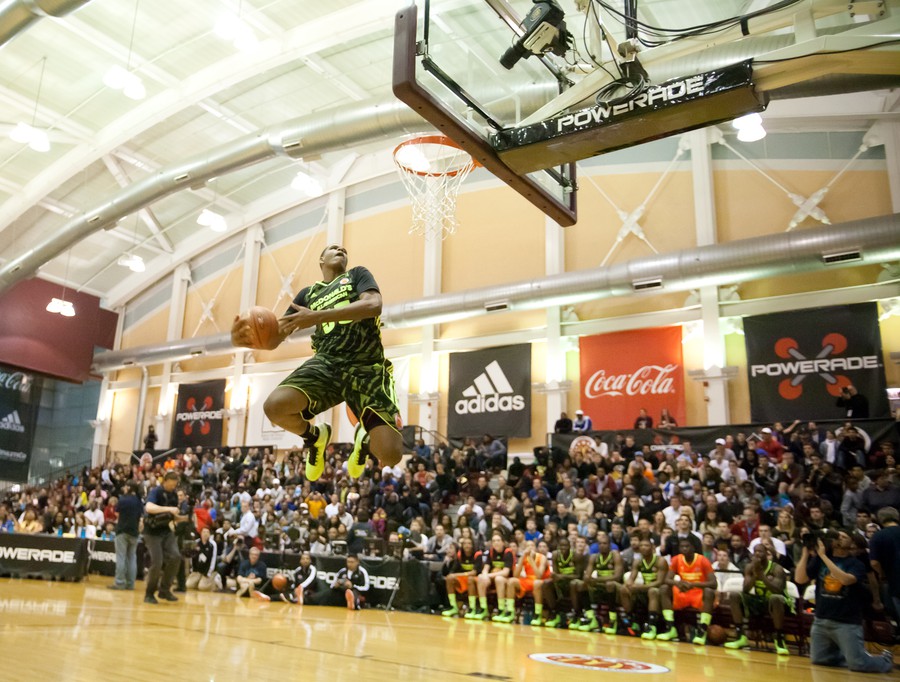 You don’t hear “jumping out of the gym” and the University of Chicago’s Ratner Athletic Center mentioned in the same breath. Ever. The likes of Blake Griffin, Vince Carter, and D. Rose don’t grace the spaceship-looking hippodrome that is Ratner with their world class dunking abilities. It doesn’t happen. That’s always been the case, until this past Monday.

With the McDonald’s All American Game back in its rightful city—the Windy City—the University of Chicago got a taste of basketball elite with Ratner playing host to the Powerade Jam Fest and the best high school basketball players in the country. With the bleachers full and a steady mix of Hyde Parkers and U of C students, a fusion that is rarely seen at Ratner, fans were jumping out of their seats for ESPN cameras, for free t-shirts, and for Shabazz Muhammad, the gem in this year’s recruiting class and the star of the Jam Fest.

Rising above all of his peers, Shabazz is set to be the LeBron James of his class, if you will. The undecided guard is every bit of 6’6”, 215 lbs, and a superstar. Almost a shoe-in as a one-and-done, and odds are a future lottery pick, Shabazz slammed hard enough to make Ratner rattle, throwing down windmills and alley-oops that garnered perfect scores and plenty of oohs and ahhs.

But even Shabazz is raw. Not only in an unbelievably talented way, but in the needs-refinement way too. If there was one thing to note at the high school dunk contest it was that these kids are just that—in high school. Despite their blatant athletic ability and basketball talent, they are not yet the NBA-ready superstars they will one day become or that the media presents them as.

Monday night’s dunkers bounced high enough to put the ball behind their back, between their legs, and up and under the basket, but when they’d arrive at the rim, the ball would sail off the backboard time and time again. It took most of the Jam Fest’s contestants three or four tries to put down the dunks of their choice. Three female dunkers participated, but only one got the ball in the basket, which is no small feat.

With all the hype these high school seniors are receiving, they are still developing, and Monday night served as a reminder. Even Shabazz nearly derailed the 6’0” Marcus Paige on one of his four attempts at completing the most memorable dunk of the night, a Carter-esque alley-oop, while clearing Paige’s point guard frame.

Shabazz went on to win the Jam Fest in Ratner and to completely dominate the actual McDonald’s All American Game on Wednesday, earning MVP honors and throwing down a dunk seemingly every time he touched the ball at the United Center. Even there, though, he missed a windmill on a fast break, a rare stumble on his path to an All-Star NBA career.

What fans will take away from Monday night, aside from the image of a rowdy Ratner crowd and world class athletes on the court, is the line, “Hey, I saw that guy play back when he was still missing dunks, back when he was in high school.” And for a U of C sports fan, that’s just as good as Blake Griffin jumping over a Kia.