The public likes Don Draper's smoke in its face. 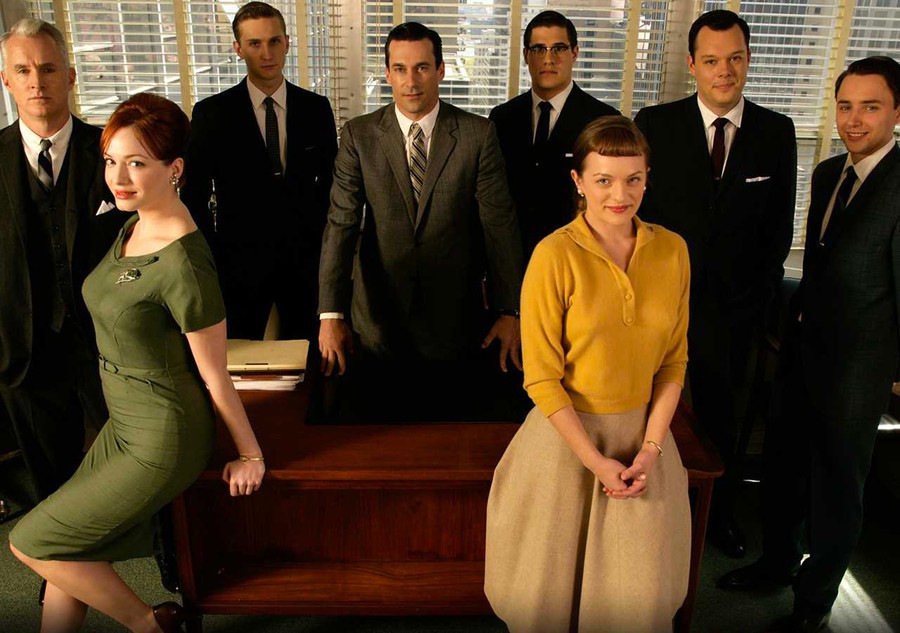 Although Mad Men’s viewership has modestly increased since its 2007 premiere, its media coverage has skyrocketed.

3.5 million. That’s how many people tuned in to watch the season five premiere of AMC’s Mad Men, currently television’s most celebrated drama. In case you’re wondering, that’s fewer than the 7.3 million people that watched the premiere of Walking Dead, which is also on AMC. And both numbers are way less than the 18.37 million people that tuned in to watch CBS’s NCIS on Tuesday, one of the most watched dramas on TV.

But judging from the media blitzkrieg, you’d have thought Mad Men was the hottest show in town. It is, in a sense. The period drama following the lives of a coterie of ad executives in ’60s Manhattan has garnered a lot of media attention for its sharp writing, good acting, sexy stars, and sartorial panache. After lengthy contract negotiations kept Mad Men off the air for more than a year, it’s natural that the show’s return would generate some heat. But wow, what heat.

Newsweek published a special issue designed in ’60s typeface in honor of the show. EW had the swarthy Jon Hamm on its cover. The New York Times and The Washington Post together published more than 30 stories devoted to the show in the immediate weeks before the premiere. GQ and Esquire had their fair share of coverage too. The question is, why? What is it about this show that makes it such a media darling?

Well, there’s the quality of the show itself, for starters. Mad Men’s last season was excellent, spawning the best episode of the whole show, “The Suitcase.” It also left quite a few interesting plot points in the air. The firm Sterling Cooper became Sterling Cooper Draper Pryce, as the characters bought their independence from sketchy London overlords. Don Draper (Jon Hamm), the show’s studly, secretive protagonist proposed to his nubile secretary, shocking viewers who had enjoyed his mature, intellectually compatible affair with a psychologist, Dr. Faye Miller. Joan Harris (Christina Hendricks), the show’s curvaceous redhead, became pregnant by charming ruckster Roger Sterling, while her husband was in Vietnam. Smarmy head of accounts Pete Campbell was moving to the (shudder!) suburbs.

But intriguing plot points and good acting aren’t enough to make a show so attention-grabbing—especially a show with so few viewers, yet such cultural clout. The secret of the show’s popularity among a crew of cultural tastemakers is Matthew Weiner, the creator and executive director, whose famous fastidiousness to detail, anal-retention and clear vision of this rag tag collection of characters make Mad Men so popular to the children of the characters’ real life counterparts—the show’s primary demographic. Advertising permeates every aspect of the show; —the disappointment of illusion and the keeping up of appearances is a constant theme.

From Betty Draper’s perfectly fitted sundresses, to Joan Harris’s pained lipstick smile, these are people on the brink, trying to hold it together, trying to maintain a delicate facade as their world keeps crashing down around them. When the majority of viewers tune into Mad Men, they are not just watching a story; they are buying an image as manicured as Don Draper’s Clark Kent haircut.