At Metro concert, of Montreal sings too many songs off their new album to win over longtime fans. 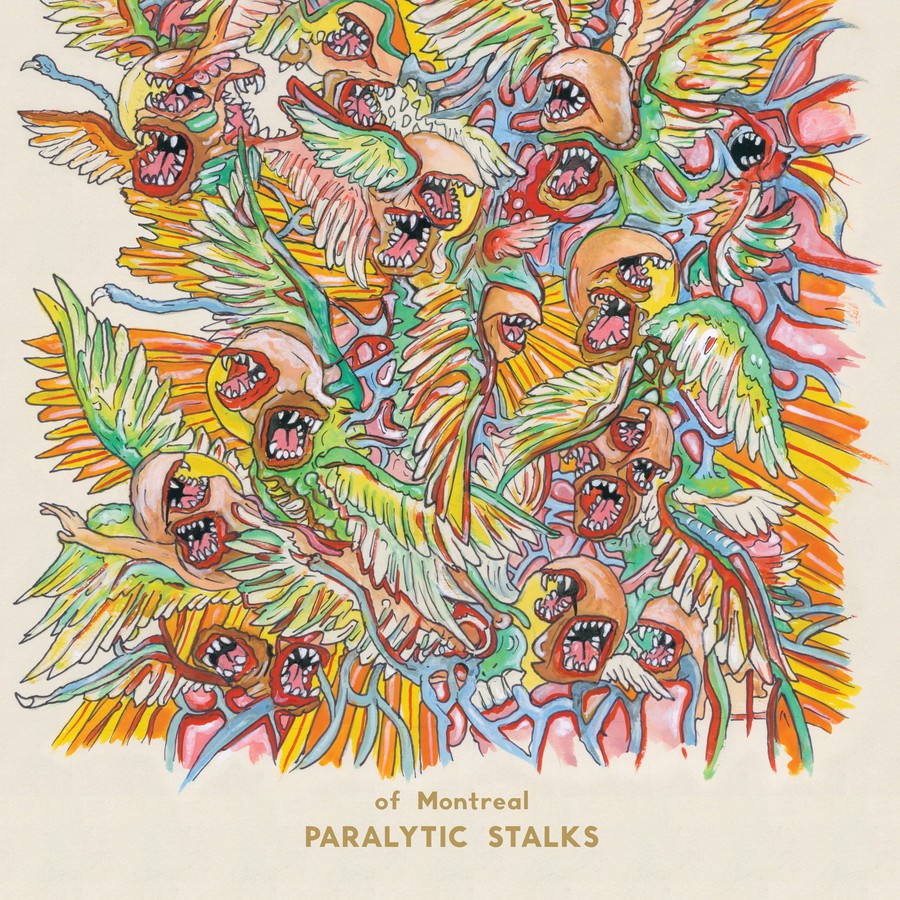 Of Montreal’s concert at the Metro brought with it the lights, projections, pigs, and costumed dancers now expected at the American electro-pop band’s live performances. Somewhat less expected was the emphasis of Montreal placed on its latest album, Paralytic Stalks, which is more stylistically conservative than the group’s early work.

A lumbering opening by the Swedish musician Loney, Dear didn’t help create much excitement for the main act; the singer-songwriter’s singular guitar and dirge-like rhythms created a less-than-lively atmosphere. Following Loney, Dear, the usually nimble of Montreal gave a disappointingly static performance. When Kevin Barnes, the flamboyant foreman of the band, entered with seven other musicians, the crowd shifted, anticipating a rousing start. For the first half of the concert, though, the band decided to run through Paralytic Stalks’ darkest, muddiest songs, like “Gelid Ascent.” Acoustic violin and saxophone joined keyboards and guitars in a mass of textures, melodies, and beats.

During the performance, colorful, psychedelic images were projected onto the stage, but their playfulness failed to mesh with the dense, dark music. Barnes remained seated to play keyboard for most of the songs, which one would hope might relieve the sensual cacophony, but in fact imbued the music with a lack of energy. He wore a frilly shirt and blue eye shadow, mere shadows of the glam-rock extravagance that typically characterizes his appearance.

The initial songs of Montreal chose to play, though unfit for a large concert, offered some intriguing segments. Barnes lent striking vocals to the mix; his screeches and shouts were electronically echoed and layered over the saxophone’s jazz iterations, creating a metallic counterpoint.

A few songs in, performers in black full-body suits released sacks of balloons into the crowd. Having been ill-prepared for this exuberant act, the mellow audience pushed them away, rather than punching them around. A few failed attempts at crowd surfing later, the band cranked up its energy, eventually playing a finale lighter in mood and greater in feeling.

When the finale was over, the audience mustered a request for an encore, after which two performers dressed in capes and pig masks came onstage to rile the crowd. The band reappeared to play a medley of songs from its 2008 album Skeletal Lamping, to everyone’s apparent relief. The increased vigor of the percussion combined with the catchy and melodic nature of these earlier songs provided much-needed context for the multicolored lights and projections. When the guitarist Bryan Poole jumped into the audience halfway through the encore, the reinvigorated crowd rushed to the task of carrying him along. Authentic enthusiasm settled in, and those gathered at the Metro had an excuse for partying the weekday night away.