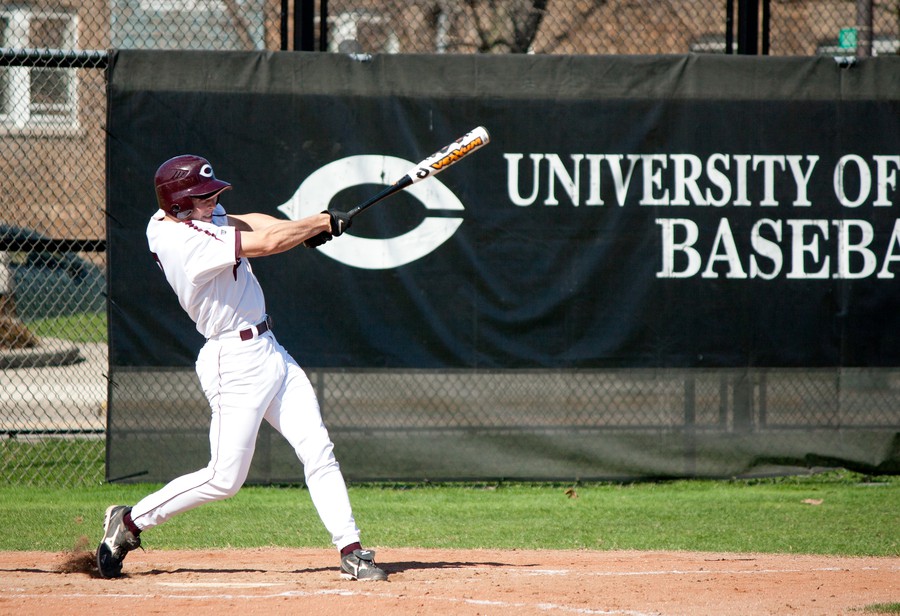 In their home opener on Tuesday, the Maroons (8–5) lost to Wheaton College (10–6) by a score of 6–4. After playing 12 games in Florida over spring break, Chicago returned home ready to build on their record.

Jimmy McDonald started for Wheaton, while fourth-year Alex Garcia (1–1, 2.41 ERA) took the mound for the Maroons.

The South Siders got on the board early, scoring two runs in the bottom of the first. Third-year infielder J.R. Lopez started the rally with a single to right field, which was followed by an RBI double from fourth-year catcher Stephen Williams. Second-year Brett Huff plated Williams with a single to left field.

In the bottom of the eighth, with the score tied, third-year Jack Cinoman led off with a triple. Lopez drove him in with a sacrifice fly. It seemed like the rest of the game would be smooth sailing from there for the Maroons, but instead, the same player who had started the go-ahead rally ended up giving up the deciding runs. Cinoman (1–1, 1.93 ERA), who came in to pitch in the seventh, yielded two runs in the top of the ninth, allowing Wheaton to get ahead by a run that would hold up through the end of the game.

“Mainly, our poor approach at the plate and our overall focus as a team [contributed to the loss],” first-year infielder Kyle Engel said.

Offensive inconsistency characterized the Maroons’ Florida trip, as they found themselves on both ends of lopsided games throughout the week. “However, we have been talking about this and working hard to improve these aspects of our game, so we should be able to easily move on and focus on the next game,” Engel added. “There is a bright future for the team.”

“We are shaping up very well,” second-year outfielder Ricky Troncelliti said. “Our pitching has been outstanding, and once we start hitting the way we should, we will have a very successful season.”