Pennisi to compete in NCAAs 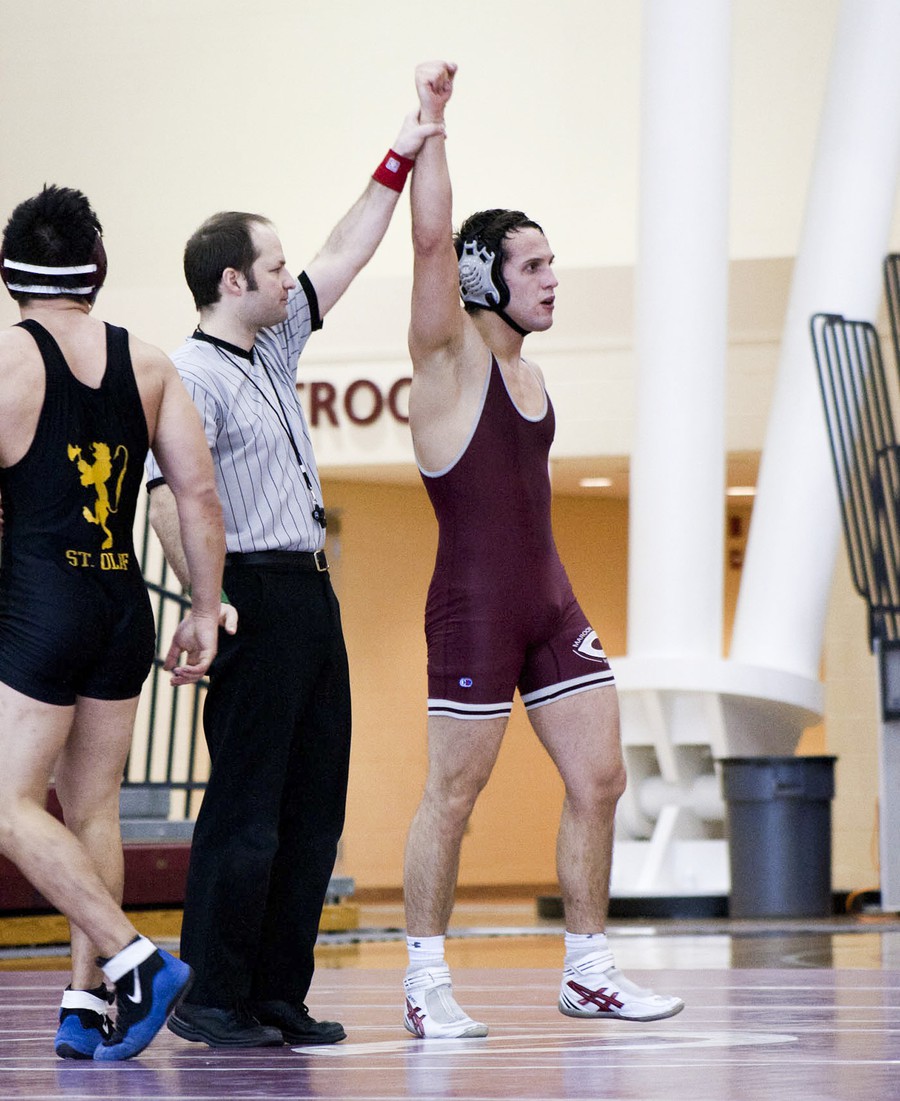 This Friday, University of Chicago wrestler Sam Pennisi will make the five-hour trek to La Crosse, Wisconsin to face the best in the nation at the NCAA Division III Championship. Pennisi, a second-year who wrestles at 184 pounds, booked the Maroons’ only spot at the tournament with a third place finish at the Great Lakes Regional last week.

Preparation for the final meet isn’t quite business as usual. Pennisi has been practicing alone with the coaches, intent on peaking for the national competition.

“[It’s] different since I’m the only one in the room,” said Pennisi. “It is really helpful to have all that focus on what I’m doing, but it makes for harder practices.”

Pennisi (23–12), one of 18 wrestlers in his weight class, has a first round bye before facing sixth seed Michael Reilly (28–3), who is making his fourth appearance at the NCAA Championship, but only his first at 184 pounds.

Kocher said that, if they can find any videos of Pennisi’s opponents online, the coaching staff will do their best to scout them.

“At this stage of the season,” said Kocher, the focus is less on conditioning. “We just try to prepare for high level matches.”

Pennisi’s goal for the tournament is to place in the top-eight and earn an All-American spot. Depending on how the double-elimination bracket plays out, a top eight finish will take either two or three victories.

“I think Sam is eager to test himself against the best in the nation,” Kocher said. “Sam has been diligent in his preparation and seems ready to the coaching staff.”

Pennisi isn’t going to try to add any new flash or gimmick to his wrestling for the national tournament though. “I’ve just been trying to perfect my current skill set,” he said. “At this point in the season, I’m not as focused on adding new things, but want to make sure I do a few things and do them really well.”

Regardless of how he places, Pennisi is guaranteed at least two matches against his fellow national qualifiers, and Kocher anticipates the tournament having a positive influence on Pennisi looking forward.

“I expect this will provide Sam with important experience and heightened self-expectations for the remainder of his career,” Kocher said.

Two Maroons, first-year Mario Palmisano and third-year Francisco Acosta, are alternates at 197 pounds and 141 pounds, respectively, and have an outside shot at getting a last-second invitation to the tournament.