A frustrating loss to Aurora—and then redemption through Hope 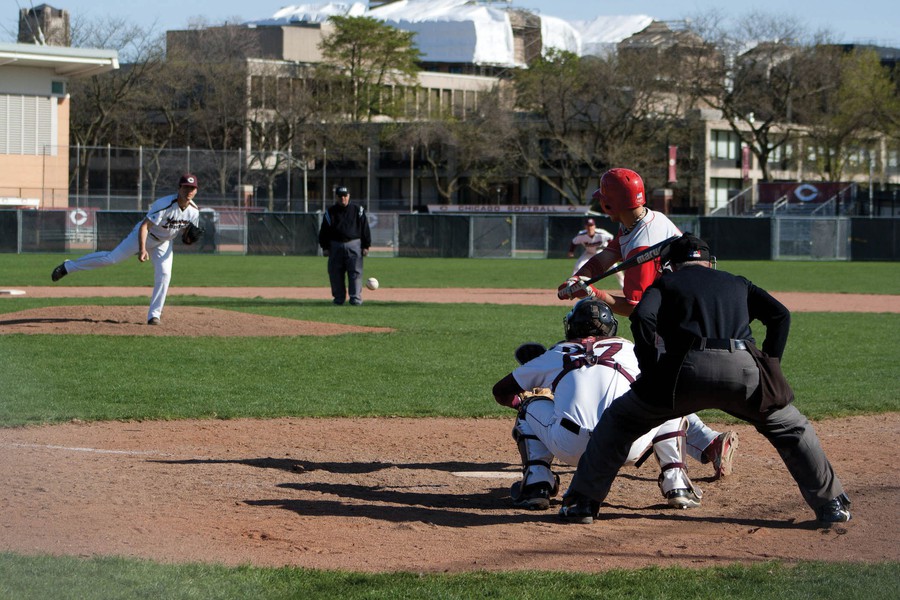 There’s still a lot of baseball left. Those words are perhaps the best comfort that can be offered to Chicago (12–7), who dropped yet another disappointing game to Aurora (14–4) on Friday by a final of 14–7. However, the way in which the game played out was more of a frustration than it was a demonstration of Aurora’s dominance.

Chicago played Aurora close for most of the game. It jumped on the board in the top of the first, taking advantage of third-year outfielder Ben Bullock’s leadoff walk. The Maroons would score three runs in the first. Though third-year starter Matt O’Connor yielded a run to Aurora in the bottom of the frame, the Maroons maintained a steady lead throughout the early innings, leading 6–1 at the end of two.

Things got interesting in the bottom of the fourth when Aurora took advantage of three Chicago errors, two by Bullock and one by first-year infielder Kyle Engel. The Spartans scored four runs in the inning, cutting the Maroons’ lead to one.

The South Siders padded their lead in the seventh on an RBI groundout from third-year in-fielder Steven Schwabe. But the wheels really began to fall off in the bottom half of the inning, when the Maroons gave up two runs in an inning that featured a hit batsman, meaning one of the runs was unearned. However, at that point, the score was still tied.

“We let the game slip away in the bottom of the eighth inning,” Schwabe said.

Here’s what he was referring to: With the score tied headed into the eighth, Chicago lost any momentum it might have had. As the pinnacle of the collapse, it gave up seven runs in the bottom of the eighth, one of which was unearned, en route to a 14–7 loss.

“Our game against Aurora was a major letdown,” Schwabe said. “We did not play up to our expectations. It was very frustrating.”

There certainly are a number of games left, but the schedule will only get tougher from here. The game against Aurora was the Maroons’ first road game of the season. Through May 21, when the season ends, the team will play in 11 more road contests.

“We play [Aurora] again on Wednesday,” Schwabe said, “and hopefully we can redeem ourselves.”

“We won because of strong performances by our relief pitchers, Andrew VanWazer and Drew Nicholson,” Engel said. “They were able to keep us in the game and give us the opportunity to come back and win.”

The Maroons were down 1–0 early, but came back in the bottom of the first with two runs. From then on, the game went back and forth a few times, with Chicago ultimately heading to the bottom of the ninth down 9–7.

“It was an exciting finish. Jack Cinoman came through with a walk-off triple with the bases loaded to end the game,” Engel said.

Given the disappointment that accompanied the South Siders’ loss to Aurora, it is hard to conceive of a better turnaround game than theirs against Hope.

The South Siders needed to rebound quickly and they did. They play three games in three straight days this week: yesterday’s contest against Hope, Tuesday on the road against Domincan, and a Wednesday rematch at home against Aurora.