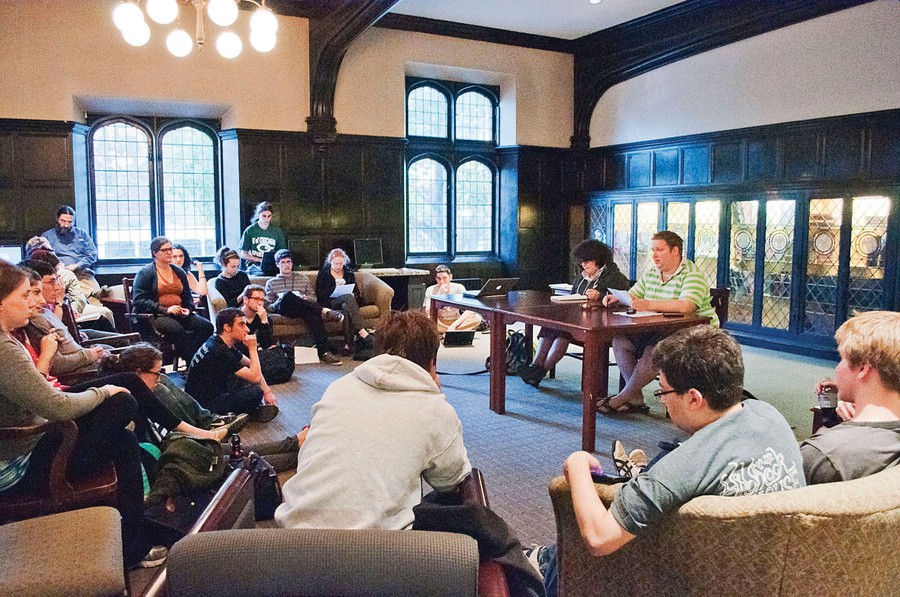 Jewish students are bewildered over the sudden firing late last month of the campus Hillel’s executive director, Dan Libenson, and the dismissal of his board, which left uncertain the future of Jewish life at the University and struck many as unjust treatment of an accomplished administrator.

The Jewish United Fund of Chicago (JUF), which owns the building, its endowment, and the Hillel name, notified Libenson of his firing in a letter March 29. The firing comes at the end of two years of financial and philosophical tensions between the Newberger Hillel and the JUF.

Libenson, who became executive director in 2006 and is a recipient of an AVI CHAI fellowship, is seen as responsible for many of the organization’s most successful efforts in recent years, including the widely attended Mega Shabbat program, an increase in Jewish internships, and the popularization of Birthright Israel.

The suddenness of the firing has been a source of misgiving for students, who are divided over how the change might impact them.

“His job was not lost in honor and not in respect for the work that he has done,” said third-year and Hillel participant Dory Fox at a general assembly last night in the McCormick Tribune Lounge. She called the firing “a stain on the Jewish community.”

Relations between the Hillel and the JUF have been strained for years, according to Doni Bloomfield, who delivered the introduction to the assembly.

The JUF bought the building 10 years ago and promptly renovated it, agreeing to absorb most costs from the resulting deficit.

However, two years ago, the JUF notified the Hillel that it would no longer be shouldering the deficit and required that the organization take out a six-year loan, which cut $25,000 into the Hillel’s operating budget, according to graduate student Adam Levine-Weinberg, who also spoke at the assembly.

Since then, institutional divisions have emerged. Because the JUF owns the Hillel’s building, many believed that it should have continued paying down the deficit, according to Bloomfield. Libenson suggested alternatives to staff cuts as a way to offset its budget shortfall, including changes to employee compensation and building use, but the JUF was not receptive.

Finally, the Hillel’s board of directors sent a letter to the JUF on March 27 indicating that they planned to resign along with Libenson. In response, two days later they were informed by the JUF that Libenson had been fired and that the board would be dismissed presently.

Libenson’s organizational approach, which Jewish students praised for allowing them greater autonomy in leading their own organizations, might also have clashed with the JUF’s vision, Bloomfield said.

“When I first heard about the situation, I was shocked,” said second-year Jessica Green, who as president of the Jewish Students Association (JewSA) benefited under Libenson’s tenure.

Students also are concerned about how Jewish organizations that rely on the Hillel, which is financially independent from the University, will continue operating.

A few of these organizations, such as Orthodox group Yavneh, have sought out support for next year from JewSA, an RSO with access to ORCSA funding. Yavneh members, including Bloomfield, met last Wednesday to discuss the impact of Libenson’s firing and whether to take action.

However, no budget changes are foreseen this year, and the Hillel’s interim director, Paul Saiger, said in a note published to the Hillel Web site that “any suggestion that funding for the Newberger Hillel has or will decrease is simply misleading and false.”

For all of the uncertainty, not all students view Libenson’s departure as a total loss.

“Most of the strife and concern comes from whether or not the firing was unjustified. But a lot of other students feel that this is an opportunity to revolutionize Jewish life on campus,” first-year and Yavneh member Jonathan Nathan said.

Still, he said, “I’m worried the political turmoil will factionalize the Jewish community on campus.”

Another meeting on the issue will take place Wednesday.