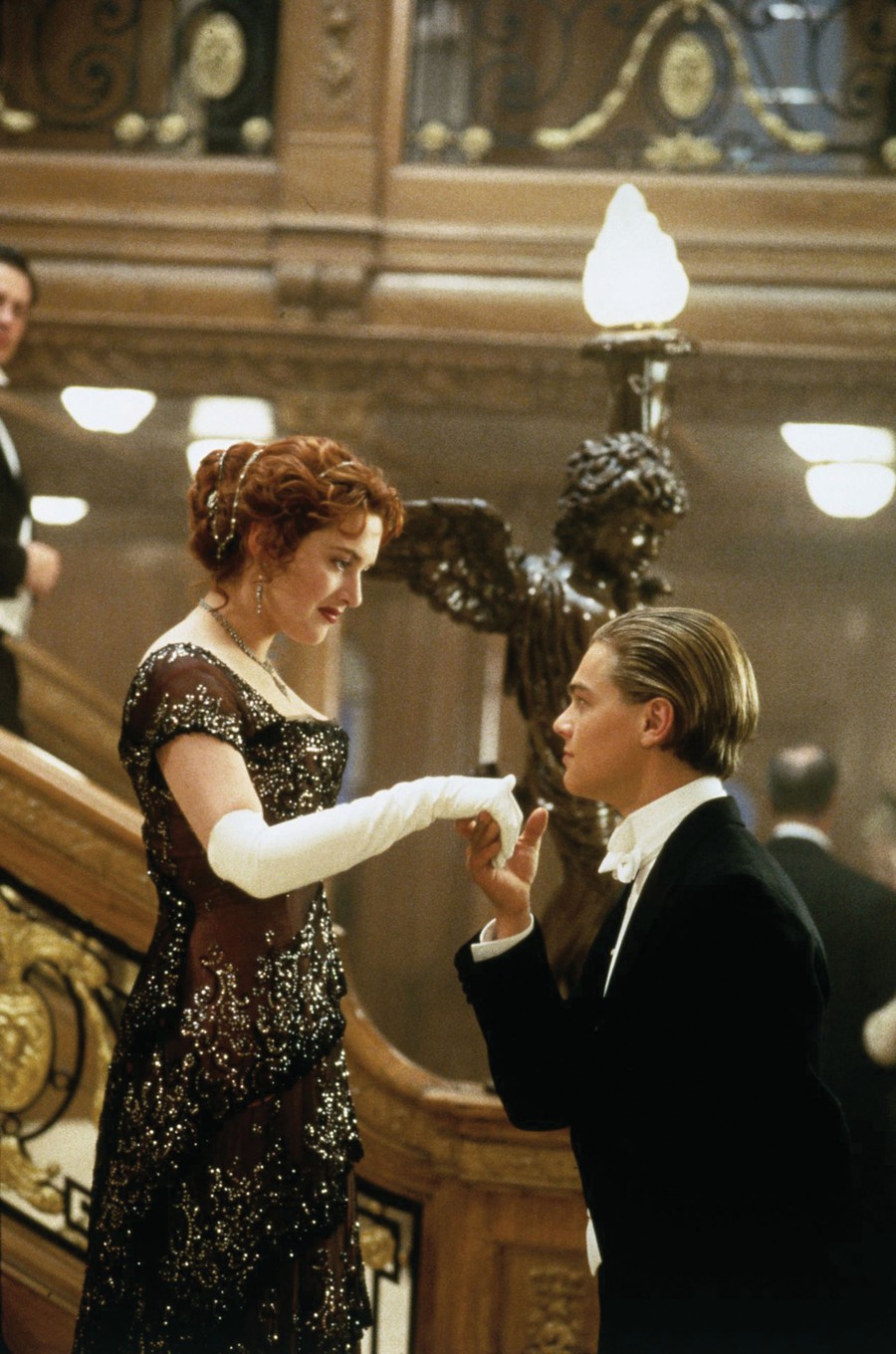 If you’d asked me at any point in my life how I felt about James Cameron’s Titanic, I would’ve told you about when I was eight and my sister 10, and we’d together sneak into the living room and grab the second of the movie’s two video cassettes. Popping it into the VCR of our playroom, my sister and I would eagerly (and sadistically) fast-forward to the part where the ship sank, munching on our popcorn with wide eyes. Sometimes we’d stop for the boobs first and giggle, because in the movie’s exhaustive three-hour runtime, not much else stood out to us.

I can’t say my perverse, eight-year-old self is vastly different from my first-year-at-college self. I definitely haven’t grown up, and not many things have changed. One of the few things that has though is my appreciation for Cameron’s sweeping epic, thanks largely to its re-release last week in 3D.

Titanic was a success from the moment its title card lit up silver screens around the world. Not only did it top the box office its opening weekend, but it held that spot for the next 14 weeks as well. It still holds the record for most consecutive weeks at number one. Leonardo DiCaprio and Kate Winslet, who had been at best Hollywood notables pre-shipwreck, became veritable superstars. DiCaprio’s bright and winning smile, captured almost as effectively as in Luhrmann’s Romeo + Juliet, broke hearts and gave us one of the most iconic American suitors in cinema history. Titanic landed Winslet her second Oscar nod.

For the few unfamiliar with the plotline: At its core a love story, Titanic follows Jack Dawson and Rose Bukater as they connect fatally amid blurring socioeconomic lines. Jack is reckless and charming—a rope ladder dropped from the sky into the claustrophobic, high-browed trap that is Rose’s life. Yet should she choose to love Jack, despite his lack of resources, and leave her dull fiancé, her family would be financially ruined. It’s not a historically unprecedented plot, but played against the backdrop of the Titanic’s early 20th century opulence, it works.

Cameron’s meticulously wrought 3D enhances the movie in every respect. Only at one point does anything fly out towards the audience; for the film’s bulk, the extra dimension is used tastefully to add depth to the ship’s gorgeous interiors or height to its exterior. The movie’s high definition is crisper, and smartly employed to blur backgrounds and otherwise isolate its leads when the moment is appropriate. Winslet’s young Rose is heartbreakingly torn, the camera closing in on her face as she’s surrounded by a family to whom she knows she’ll never be able to relate. As the ornate first-class lounge sinks away from her and fades out of focus, Rose’s indecision about how things should go with Jack is absolutely dominating and more real than ever. Two things I thought I’d never be a fan of – 3D and Cameron’s dialogue—are here not only endurable but moving.

Only one scene of the movie bears changes from the original. Apparently, famed astronomer Neil deGrasse Tyson saw the movie its opening weekend and was annoyed by its stellar inaccuracy. Word on the street is that he dogged Cameron repeatedly to change the star-scape on the night of the ship’s sinking, because new technology made it possible to see exactly how the stars had aligned back in 1912, and the movie’s depiction was way off. Ever the perfectionist, Cameron purportedly had Tyson send him a rendering of the stars’ alignment on that fateful night, and dealt the heavens their long overdue justice in the re-release.

I was a little peeved about paying to see Titanic 3D. I felt certain that my money was feeding a machine that had long since eaten its fill. The only movie to ever outperform Titanic cumulatively at the box office is 2009’s Avatar, also directed by Cameron. Why drop cash on an ever-pricier movie ticket for a flick that’ll just help turn the Hollywood blockbuster wheel, instead of taking the Red Line to the Landmark Cinema to support an indie?

Leaving the theater, I felt I had an answer. It’s true that Cameron’s work represents cinematic monetary success, but Titanic also boasts its share of cinematic artistry. I once read an interview with Cameron saying that Avatar was infinitely easier to film than Titanic because the latter was made during a time when technology didn’t exist to supplant real life. Pandora, the magical world of the Na'vi, was rendered entirely via CGI (albeit astoundingly well), but it took Cameron weeks just to film Titanic’s famous “I’m flying, Jack!” scene, because his team needed to capture the perfect sunset. Titanic, helped along by its massive budget, is a lesson in not cutting corners and in creating a cinematic world so well-built that camera tricks aren’t necessary.

My eight-year-old self wasn’t captivated by that ship-sinking scene for its gore (there isn’t much) or its flashy tricks. Even back then, I was wowed by the cinematographic scope, by the panning camera’s power to show in unflinching detail an unforgettable slice of human tragedy. To make cinematic history, to imprint even a frame of your film forever on the collective American memory, is no small feat. Cameron managed it in Titanic, and his 3D rendering etches those lines of memory deeper still.