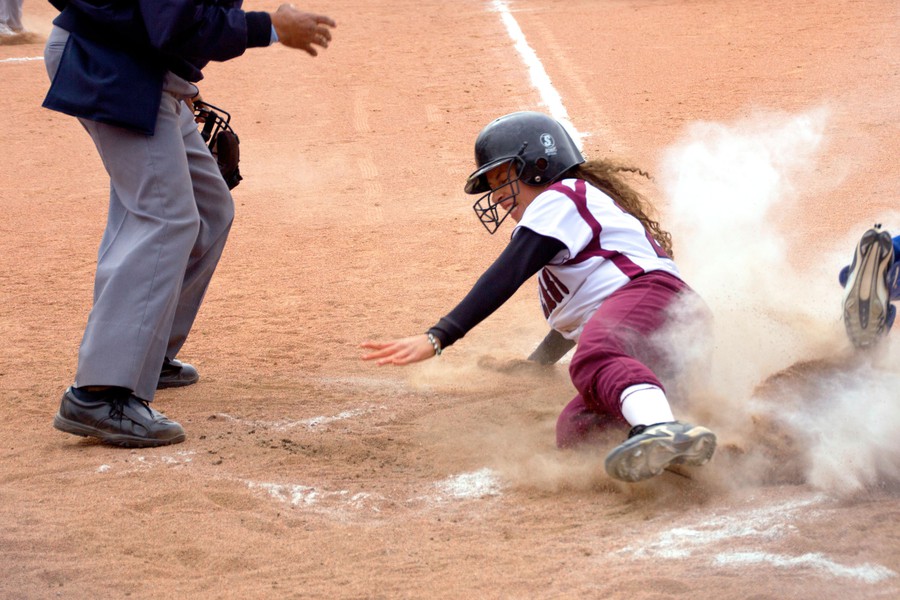 Going into their Tuesday doubleheader against North Park (17–7), the Maroons had plenty of reason to lack confidence: They had been shut out in their last two games, and were coming off of their first consecutive losses of the season.

They showed no lack of confidence on Tuesday, though, getting a hit in their first at-bat and never looking back, en route to a 15–1 victory in the first game, and a 3–1 victory in the second. The issue, if anything, was easing up in game two following their torrent of runs in game one.

“After scoring so many runs in the first game, I think we relaxed a little going into game two, then pressed when we realized we hadn’t scored yet, then re-focused and got back on track,” head coach Ruth Kmak said.

Chicago (17–7) seemed intent on breaking their scoreless streak from the get-go. After second-year Kaitlyn Carpenter got on base, she quickly stole second before advancing to third on a single from fourth-year Julia Schneider. The next at-bat, North Park’s Courtney Lucht (9–2) hurled her pitch past the catcher, and Carpenter showed no hesitation in sprinting home.

Third-year Kim Cygan (9-2) picked up the win, allowing one run on two hits in four innings of work. The pressure was off after the second inning, though, as Chicago ran the score to 11–0. Carpenter, Schneider, and Cygan each managed three hits, and first-year Raechel Cloud scored three runs, reaching base on two hits and an error.

The nightcap started off much the same as the first game, with Carpenter getting on base and stealing second to threaten immediately. Carpenter took third and then scored with two outs, but it was clear that the second game would be more heavily contested.

“We had to adjust slightly to a different pitcher,” Kmak said. “Once we adjusted, we were able to score and take care of the game.”

The Vikings managed their single run in the third inning off of fourth-year Sarah Neuhaus (6–4), who spaced seven hits over the full seven innings to pick up the win. With the game tied, Chicago seemed closer to breaking the game open, getting two hits in the fourth before their two-run fifth. Carpenter provided the crucial run, doubling with one out and scoring on Schneider’s two-out single.

The Maroons’ defense seemed likely to hold, but the offense kept pushing, putting two runners on base in the sixth but failing to score.

“We’re not satisfied,” chanted Cloud as the Maroons came out to field in the sixth.

The South Siders have one of their biggest challenges of the year up next, against ninth-ranked UW-Whitewater (17–3). The Warhawks are coming off of a sweep of UW-Oshkosh, who swept the Maroons last weekend.

“Our pitchers will work hard to keep them off the bases and we’ll look for our defense to keep up our solid play of late…I think heading in that our best defense will be a run producing offense,” Kmak said.

UW-Whitewater features pitcher Katie Boyle (8–1), who sports a 1.34 ERA on the season. On offense, the Warhawks have two starters—shortstop Laura Elchenold and catcher Emily Epifanio—hitting above .400 on the season. Their biggest offensive threat, though, might be outfielder Amanda Mertes, who is hitting .392 and has 20 steals in 20 attempts so far this season.

The Maroons will begin the doubleheader at 1 p.m. at Stagg Field on Saturday.