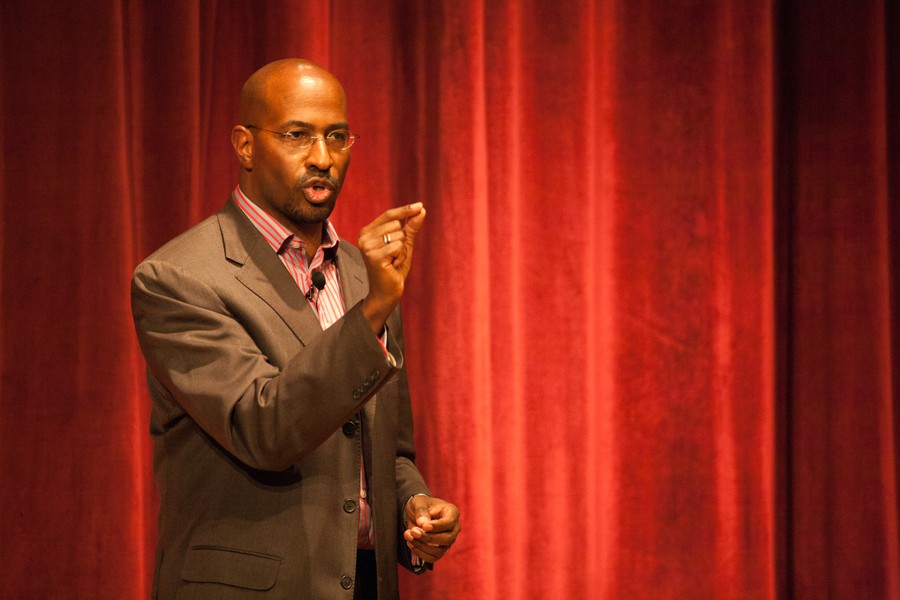 Pointing to what he sees as a widening gulf between rich and poor in this country, Jones spoke to two different sorts of liberty.

“We learned in the last century that if we only care about justice and nothing about individual rights, we will have totalitarianism, an excessive concentration of political power in the government,” Jones said.

Switching gears, the discussion turned to issues of race and identity, propelled by Joseph’s lyric verse.

Joseph incorporated song and dance into the reading of his poem. He then invited the audience to join him, singing: “I’ve got a peace like a river/Peace like a river in my soul.”

The event was co-sponsored by Chicago-based art group Portoluz as part of its series “WPA 2.0: a Brand New Deal.”