In Twilight meet, a satisfying finish 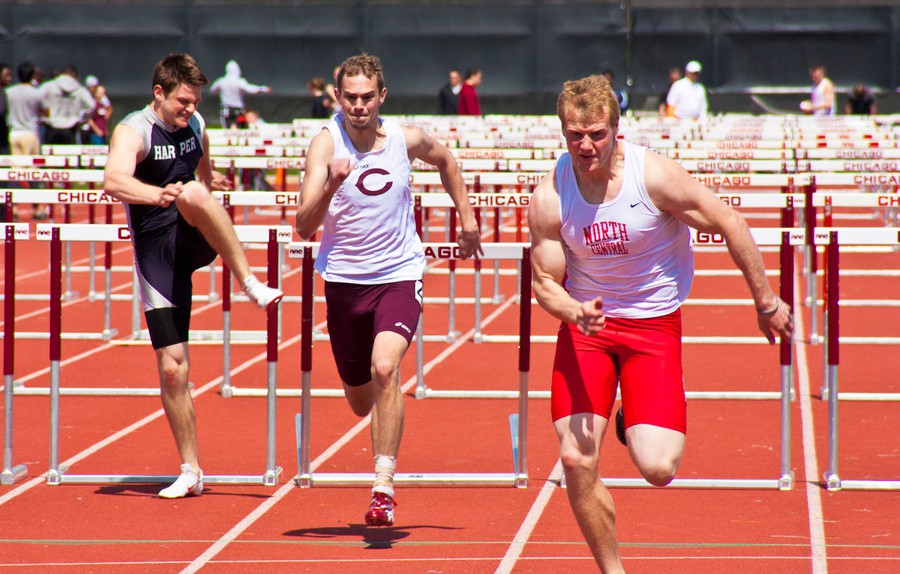 The Maroons walked into the Twilight on Saturday. They walked out with fifth.

Despite the Chicago squad’s having finished over 200 points behind the victors, this weekend was for most of them the best of the season. North Central, last year’s NCAA DIII champions, were strong favorites heading into the weekend, and their victory—dominant though it was—has not overshadowed Chicago’s view of their own performance.

“The team was pretty happy with how we performed as a whole,” third-year sprinter Dee Brizzolara said. “I think a lot of people ran and jumped well, which shows we’re starting to peak with conference coming up in two weeks. This past meet was a big step in the right direction for us.”

Chicago fielded a slightly weakened squad on Saturday, partially due to injuries and partially due to head coach Chris Hall’s decision to rest some of his distance runners after their strong performance in the Chicagoland Championship two weekends ago. But the performance of the team, if anything, improved.

What was most notable about the Maroons’ performance this weekend was that the sprinters and jumpers, after a slow start to the outdoor season, finally lived up to expectations. Brizzolara was second in the 100-meter (11.07s) and fourth-year Donny Chi won the long jump (6.65m), while first-year Semi Ajibola picked up a couple of points in the high jump (1.78m) in his injury-delayed outdoor debut.

The standout performance in the distance events came from fourth-year Moe Bahrani, who finished first in the 3,000-meter steeplechase in a time of 9:36.70. There was also a significant personal best from third-year Gregor Siegmund, who finished third in the 1,500-meter (3.58.97).

All in all, it was a good performance from Chicago. Most importantly, experienced athletes like Chi and Brizzolara put in the type of performance that has been expected from them but that has remained elusive through the first two meets of the season.

“The sprinters did struggle last week,” Brizzolara said, “but I think we’re making progress. I was very happy with my time in the 100.”

“Yesterday was a great meet,” Chi said. “There were good performances across the board, and, even for the places where the performances weren’t quite there, we showed strong signs of promise.”

Chicago will now look forward to next weekend’s DePaul Invite, its last before the UAA Championship at the end of the month. After an uninspiring start to the season, the Wheaton Twilight could serve as an important springboard for certain members of the squad.

Chicago’s distance runners have had a strong start to the season, and after this week’s improvement from the sprinters and jumpers, the Maroons will be hoping—injuries permitting—that they’ll be able to pull it all together for the conference championship.

“It’s unfortunate that we’ve had so many injury problems this year,” Chi said, “but I still think we can do something at conference.”