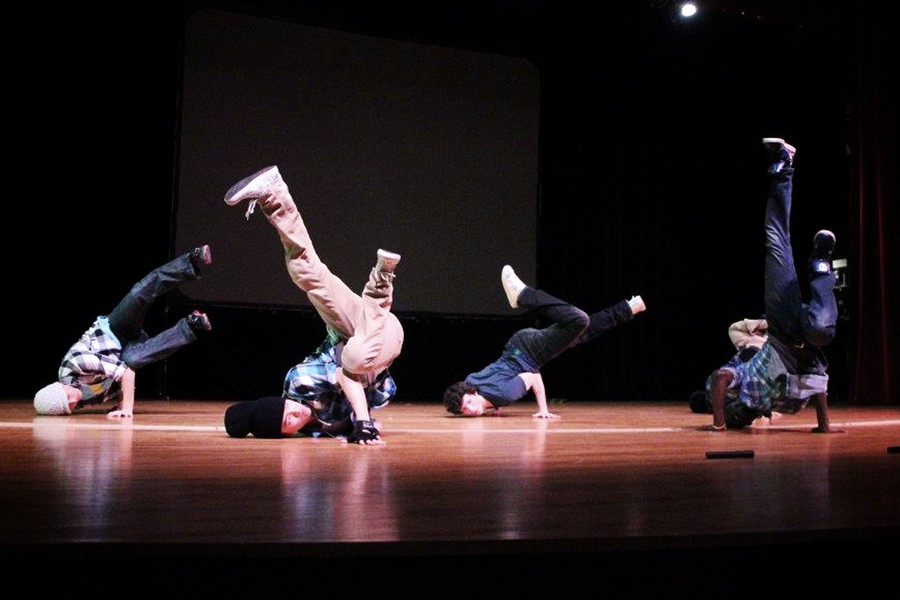 “I was so bad, actually, that my mom and sister would ask me to dance when they were playing music so that they could laugh,” fourth-year Leul Bezane confessed when asked about the quality of his dancing before he entered college. He was still sweaty from finishing a four-hour rehearsal for REVIVAL: A Dancer’s Daydream, which will be held tonight at Mandel Hall.

REVIVAL is PhiNix Dance Crew’s first showcase since fourth-year Alex Sippel and fourth-year Kevin Lee founded the RSO in 2009. Sippel and two friends had been taking breakdancing classes and met up with other dancers from a variety of dancing backgrounds at UChicago. Though Sippel and Lee are the only ones that remain from the original group, they all shared the common goal of promoting hip-hop dance on campus.

Since its founding, PhiNix has transformed from a forum for freestyle practice to a polished group that incorporates choreography and hip-hop in its multifarious forms, from breakdancing to whacking to krumping. They also incorporate different musical styles into their choreography, like R&B and what third-year Crystal Fong calls “swag” music.

PhiNix is split into two divisions—choreography and freestyle—to reflect the diverse aspirations and interests that the dancers in the crew may have. Although auditions are required in order to be in the choreography crew, anyone is welcome to join freestyle. Sippel says that those on freestyle are given the opportunity to showcase what they have learned at various events in which PhiNix participates.

Every Saturday PhiNix host workshops from 3–5 p.m. in the basement of Ida Noyes, teaching various styles of hip-hop in the fall and choreography in the winter and spring. “Sticking to the facts, they’re awesome,” second-year Charlie Sun comments. PhiNix members or teachers brought in from the Chicago area teach participants in the freestyle division, which is open to everyone regardless of skill level.

Currently the RSO—including the choreography crew, freestylers, and those that come to learn at workshops—consists of 35 to 40 members.

The members of PhiNix emphasize the feeling of family and community that comes from dancing and working together. Sippel, who says one never stops being a student as a dancer, likes how “you can see your own personal growth, and that can kind of drive you.” Second-year Jungeun Choi, currently a member of the choreography team, adds that she too did not start dancing until she entered college either. She says “the [PhiNix] community here is really great” and has been essential to her growth and continuous learning.

Chicago’s rich urban dance scene also fuels PhiNix. The city is inundated with dance classes, shows, workshops, and groups, all of which PhiNix takes advantage of. They will be participating in an inter-collegiate/professional competition called Hype this quarter.

Some members of PhiNix are also involved in individual projects that reach out to a wider community, such as teaching choreography to high school students.

PhiNix has collaborated with other RSOs on campus, performing in the OLAS, SASA, and KSO cultural shows, as well as at ASU’s International Food Festival. REVIVAL will be the first showcase they are hosting themselves. In addition to other U of C dance crews, REVIVAL will showcase crews from Northwestern and Northern Illinois.

Fong says there will be a dance battle open to audience members, with a $5 gift certificate to Karmaloop as an incentive. The show will also highlight individual projects on which the members have been working. Sippel hopes to make the show an annual event and that it will be even larger next year.

Bezane sums up PhiNix’s appeal: “For most guys, we don’t like to express emotion that much. Dance is the best, perhaps even the only way, for me to show my emotions. I wouldn’t give it up for anything.”