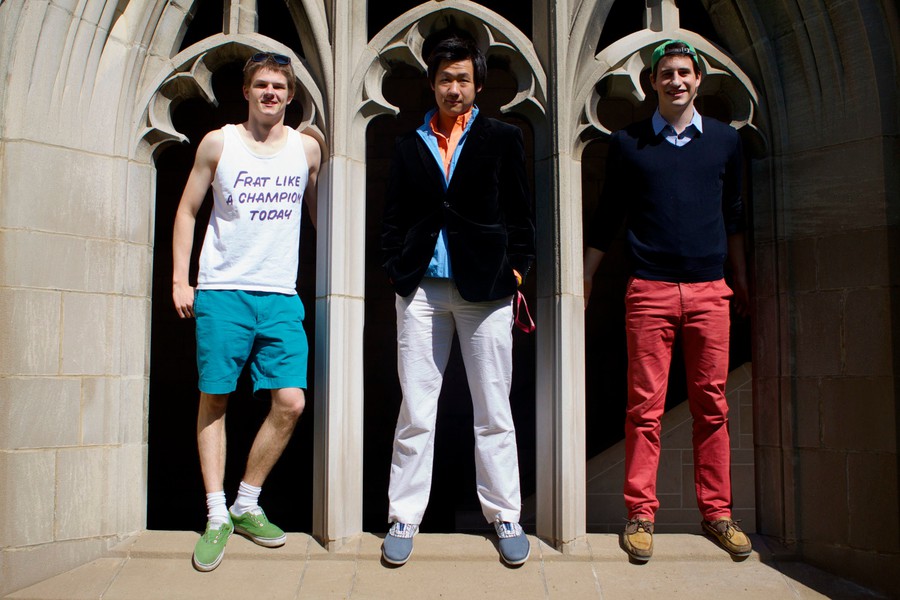 For the 19th year in a row Delta Upsilon ‘s (DU) Moose Party is entering the elections premised on the platform of making the University “a more bro place.”

Moose’s platform entails changes to almost every facet of the University, from academics and administration to student life.

Some of the most sweeping reforms are to IM sports. “We want to include sports that are more bro: flip-cup, beer pong, slap cup,” said Kraft, the slate’s candidate for vice president of adminstration.

They also proposed measures to make living in Hyde Park more affordable for students. Xu, the slate’s candidate for president, said that “room and board prices are rising, so we need to make the Midway a trailer park,” thereby saving students the trouble of having to rent an off-campus apartment.

The Moose Party also promised an innovative way that the university could become more environmentally friendly. Xu said, “We’re very eco-friendly this year and...bottled water is bad, so bottled vodka is bad, so instead of having bottled vodka we have tap vodka in Reynolds Club.”

Xu saw the slate’s lack of experience with student government as an asset.

“We have no qualifications at all,” he said. “Nobody knows what they’re doing, but we’re the only one’s who’ll admit it.”

Bledsoe, the slate’s candidate for vice president of student affairs, went on to praise the slate’s honesty and integrity.

“There are two directions you could take Student Government at this point: You could continue with the traditional slates who are going to symbolically do nothing or you can vote for the Moose Party that will literally do nothing,” he said.

“The Moose Party is about courage,” Xu said, explaining that the party’s motto, “sun’s out, guns out, sun down, guns still out,” is about more than a way of dressing.

To that end, Moose Party is looking to create a Roman-style bathhouse in the basement of Ida Noyes, where the sun is, to be sure, always down.

Moose Party is running against ChicagoSpirit and Connect slate.