Two steps in the right direction 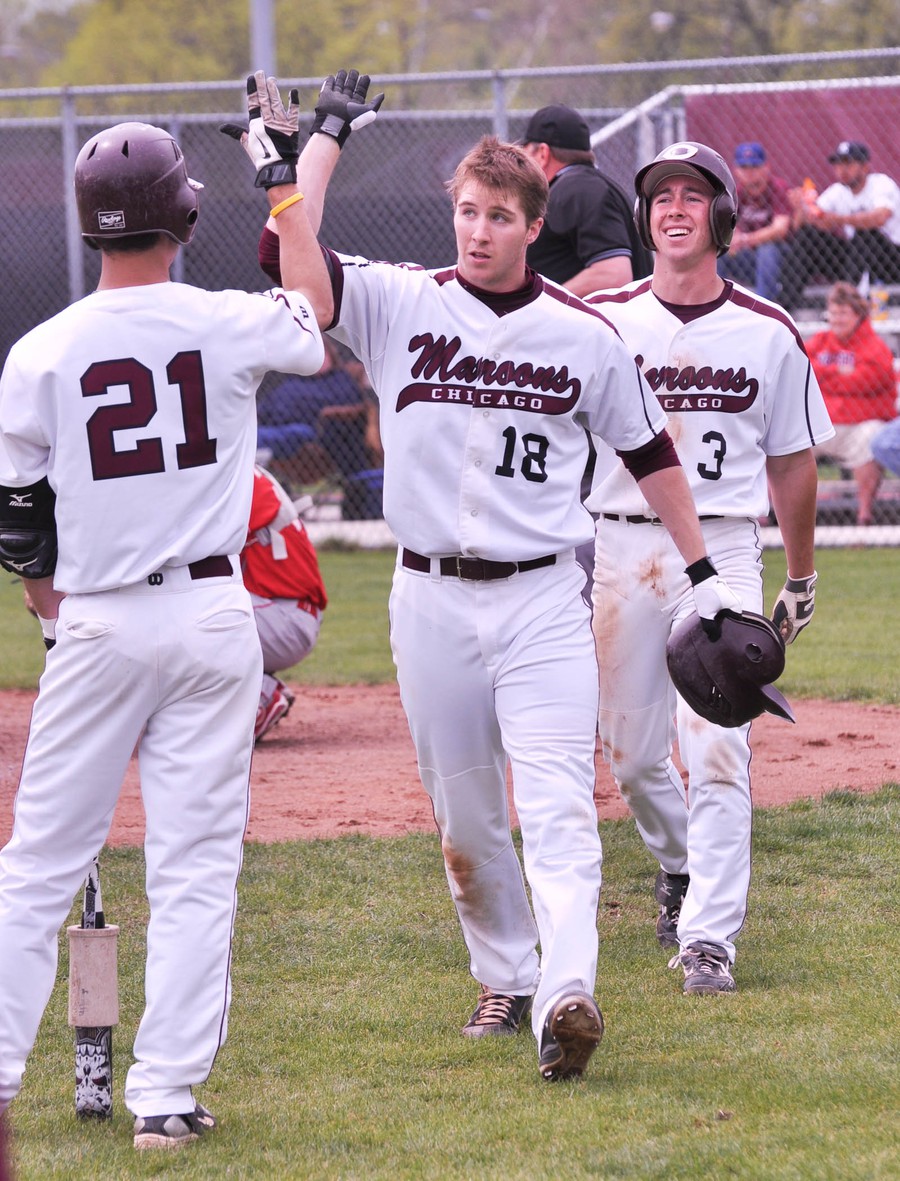 The rollercoaster leveled off for the Maroons this week. After three weeks of inconsistency, the South Siders (16–9) finally won two games in a row against DIII opponents.

On Tuesday, the squad defeated Wabash (13–20) on the road by a score of 6–3. The next day, in Naperville, they took a 12–7 contest from North Central (15–11). The wins were their first consecutive road victories of the year.

Both games featured individual records for Maroons. On Tuesday, second-year William Katzka tied the Chicago single-season saves record with his fifth save of the season. On Wednesday, fourth-year catcher Stephen Williams set the all-time record for doubles over the course of a career.

More important than the individual accomplishments, however, is the fact that the Maroons were able to string together two wins on the road.

The squad scored first in the game against Wabash on Tuesday, but found themselves locked in a 2–2 tie headed to the bottom of the fourth inning. After an RBI groundout from third-year outfielder Jack Cinoman and an RBI single from second-year outfielder Ricky Troncelliti, the Maroons were ahead for good.

Though the lead held up, the game stayed close.

Katzka entered the game in a save situation with a score of 6–3. After hitting one batter with a pitch, Katzka emerged from the inning unscathed, notching his fifth and record-tying save of the season.

“The game against Wabash was a neat experience playing in a minor league ballpark. We [got] some excellent pitching from Claude [Lockhart], and timely hitting helped us get a big win,” Troncelliti said.

Coming off of their five-error game on Sunday, the Maroons committed three errors on Tuesday.

“Our hitting and defense still isn’t at its best, but our pitching was able to make up for that,” first-year infielder Kyle Engel said.

After the win Tuesday, Chicago was hoping to do something that had been difficult for them the last few weeks: win another game on the road.

The team got on the board early in Wednesday’s game, scoring two quick runs in the first on a home run from Troncelliti. However, they gave it right back up in the bottom of the inning, also on a home run.

After a few back-and-forth runs, the Maroons went ahead for good in the top of the sixth. With the bases loaded, third-year infielder J.R. Lopez came to the plate and continued the Maroons’ display of power for the day, hitting a grand slam. The Maroons amassed 12 runs on the afternoon, winning 12–7.

“The win against North Central was another nice one to pick up against a quality opponent. Alex [Garcia] really battled on the mound and J.R. had a huge hit to break the game open,” Troncelliti said.

Now, with even more momentum than they’ve had all season, the Maroons look to continue their newfound road dominance.

The squad will travel to St. Louis this weekend for two doubleheaders against Wash U—one on Saturday and one on Sunday—meaning they will play four games over the course of two days. Wash U enters the game 23–8 and is certainly one of the toughest opponents the Maroons will face this season.

“The win against North Central…should give us some momentum going into four big games in St. Louis,” Troncelliti said.

The Maroons are hoping that this time the momentum carries over and the rollercoaster doesn’t loop down just yet.