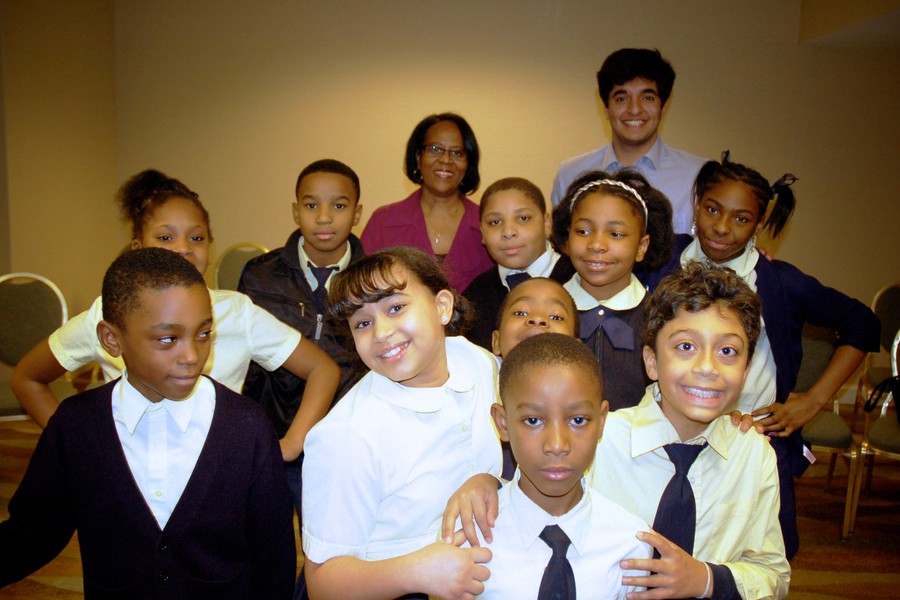 U of C students are turning theory into practice by serving as philosophy coaches for South Side students as part of Winning Words, a division of the Humanities department that is on track for an American Philosophical Association innovation award.

Senior lecturer in philosophy Bart Schultz started the program 10 years ago to empower local students to think critically and develop philosophical analytical skills. Currently one of the few programs across the country operating in underprivileged schools according to Schultz, Winning Words has since grown from just five schools last year to encompass over 100 students at 15 South Side schools, from the elementary to high school level.

The approximately 25 graduate and undergraduate coaches involved lead weekly discussion-based classes throughout the year. The student participants then complete a final rehearsed discussion, skit, or play to perform on campus at the end of the program to show what they’ve learned.

Winning Words’ original mission was to bring the urban policy debate technique into the classroom at an earlier age, but soon shifted its approach to allow students to think conceptually rather than memorize rhetoric.

“The younger students needed to be prepped too much on what to say and weren’t thinking for themselves. We ultimately concentrated on the common thread of philosophizing, with an emphasis on reflecting and thinking, not in an adversarial way, on ethical issues,” Schultz said. “As it turns out, younger people are more interested in ‘violence’ than ‘gun control.’”

But can 10-year-olds really be philosophical? Schultz, who works with adult continuing education students as well, answers with an enthusiastic “yes.”

“Young people are extremely receptive to abstract thinking. Impossible questions are ones that kids are actually very capable of asking,” Schultz said.

By encouraging those “impossible questions” and independent thinking, the program aims to fill a void left by Chicago Public Schools, which cannot facilitate student questions as well as a personalized setting can. “Philosophy strongly pushes back against the current education system. It forces you to slow down, question things, and think for yourself. These are things that CPS just can’t deliver,” Schultz said.

He added that particularly for students from underprivileged families, Winning Words can be an outlet for a student’s neglected opinion. “What amazes me most is how aware the students are of their own circumstances. But nobody listens to kids when they do have serious thoughts and questions. It’s not enough to have the occasional school assembly–students need to think things through themselves,” Schultz said.

Winning Words presented a philosophical discussion between fourth-graders at the annual American Philosophical Association conference in February, led by second-year Winning Words coach and student coordinator Shayan Karbassi. “You’d be amazed how capable these students are, though they’re so often dismissed by adults. One of my fourth-graders often talks as if he were a UChicago student,” Karbassi said.

They are applying for an award in June from the Association and will hear back about a month later. According to Schultz, they will have a much easier time showing innovation than more traditional programs with older students.

Winning Words is also establishing a journal that will showcase philosophical and creative work by its students to be distributed online, on campus, and to the schools in the program. “Ideally this program should be emulated by other universities in other cities. This journal is an opportunity for us to widen our reach and to show that this kind of program is really possible and also necessary for our community,” Karbassi said.

Though Winning Words students learn about great philosophers and their ideas, the program ultimately emphasizes the philosophic method over any specific knowledge or content. As Shultz described Winning Words’s mission, “Our ultimate goal is to get young people to appreciate the value of inquiry for its own sake, to simply enjoy a great book and a great conversation.”