Big innings the difference in sweep of Rochester 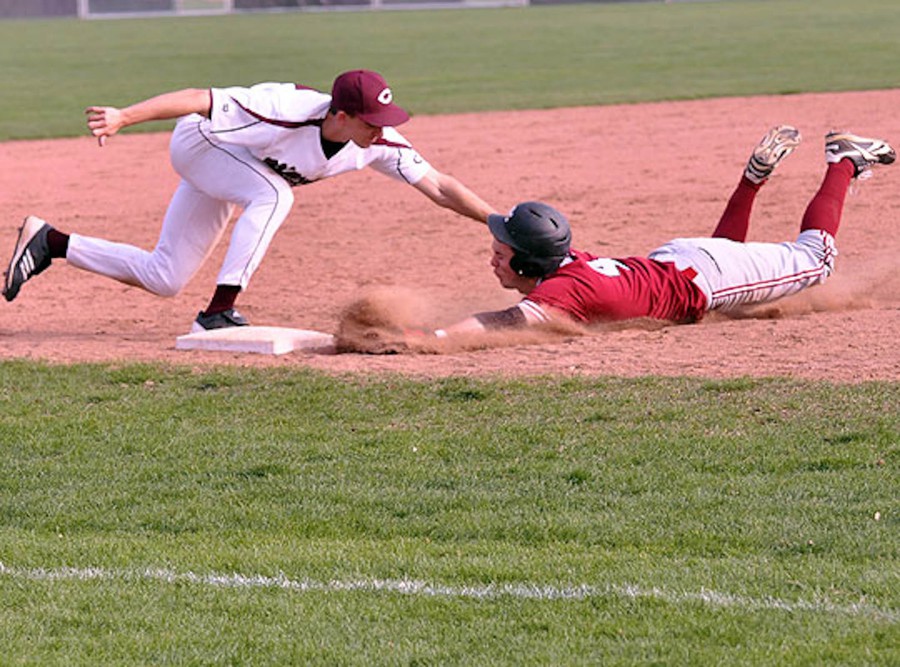 Doing their best Ernie Banks impression on Saturday, the South Siders “played two.” It was a sweep. In a doubleheader at home against Rochester College (15–13), the Maroons (10–5) won the first game 10–8 and the second game 5–4.

The first matchup was characterized by significant offensive output and a number of fielding errors. Chicago committed five throughout the game, while Rochester committed three. The teams’ hitting, on the other hand, was firing on all cylinders.

As he has already done a few times this season, third-year outfielder and pitcher Jack Cinoman started the Maroon rally. His leadoff single in the bottom of the sixth sparked what would turn into a six-run frame. The inning was highlighted by a two-run triple from second-year outfielder and first baseman Brett Huff. Later in the inning, first-year infielder Kyle Engel hit an RBI double that was soon followed by third-year outfielder Ben Bullock’s two-RBI double, which capped off the inning’s scoring. The Maroons batted around, scoring six runs in a single inning for the second time this season.

The winning pitcher in game one was second-year Claude Lockhart (2–1).

The second game was not quite as high-scoring, but Chicago’s offense, yet again, had a big inning. In the bottom of the second, with the Maroons down 3–0, first-year infielder Jake Mavropoulos led off with a single. After that, first-year infielder and outfielder Jayson Gorski reached base on a walk, and both were moved up a base by second-year outfielder Connor Bartelman. Engel plated Mavropoulos with a single, and from there the floodgates opened. The Maroons went on to score four more runs in the inning, five total, in the bottom of the second. The big hit came from Cinoman, who hit a three-run triple to put the team’s run total at five.

The winning pitcher in game two was Cinoman (2–1), with second-year William Katzka notching his third save of the season.

“Will has always been someone that we can rely on late in the game to help push our team to win,” Engel said.

The wins were certainly a boon to a Chicago team that had been struggling after a loss to Wheaton last week.

“After a long four days off without playing any games, it was important to come back with two wins [on Sunday], and that we did,” Schwabe said.

Rochester came into the games highly-touted, having played quite a few more games than the Maroons.

“Our goal has always been to be tough at home, and it was nice to come out and beat a quality opponent at J. Kyle Anderson Field,” Schwabe said. “Jake Mavropoulos played extremely well for us in the second game and gave us the spark we needed to come out on top.”

The wins are certainly worthy of praise, but the team’s overall play in both of the games was a bit sloppy.

“We weren’t at our best offensively or defensively, so I’d say that playing through our mistakes helped us win the games,” Engel said.

“These next few games are going to be extremely tough. We need to shore up our defensive efforts and maintain our focus at the plate if we want to win,” Schwabe said.

The South Siders will play Concordia Chicago at 3 p.m. on J. Kyle Anderson Field this afternoon. Tomorrow, the game will be in the same locale and at the same time, against Benedictine.